Neuroarchitecture: The Environment's Power Over the Brain

Neuroarchitecture is a discipline that studies how the environment modifies the brain and our behavior. In this article, we tell you the most important architectural elements that influence our mental state. 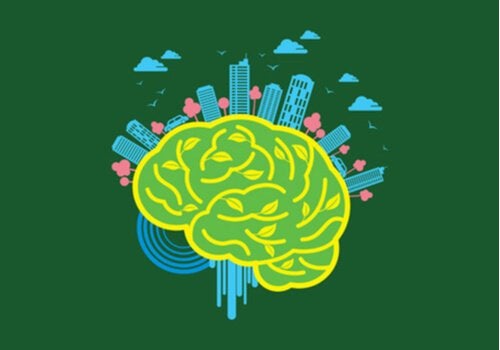 Although neuroarchitecture seems like a new discipline, it’s actually almost seventy years old. Its purpose is to create spaces of happiness, well-being, and productivity. In other words, buildings that reduce stress and anxiety.

In this discipline, architects and neuroscientists work together to design spaces and buildings focused on optimizing the conditions for the people who occupy them. This collaborative science is based on several architectural components. For example, it considers window locations, wall and furniture angles, colors, textures, open spaces, and sounds, among many other aspects.

Neuroarchitecture is a discipline that’s interested in how the environment modifies brain chemistry and emotions, thoughts, and behaviors.

Dr. Fred Gage, a neuroscientist at the Salk Institute for Biological Studies, was interested in the effects of environmental changes on the brain. He’s focused on understanding how the brain interprets, analyzes, and reconstructs the space that surrounds it.

Thus, neuroscience provides valuable clues to architects on how to create and distribute spaces. Certain environments make the brain set mechanisms that produce the necessary hormones for the development of certain emotions and sensations in motion.

The psychosocial influence of architecture

It’s estimated that humans spend more than 90% of their time inside buildings. Since the environment has power over the brain, it’s important to create more humane and healthy buildings that generate well-being. Neuroarchitecture focuses on both aesthetic and symbolic aspects.

This neuroscience can map the brain and understand what stimulates it and what kinds of things activate it. With this in mind, neuroarchitecture deals with concepts such as the amount and projection of light or the height of ceilings. It knows how to influence creativity and productivity. Likewise, it takes into account what architectural elements produce a collaborative effect or a need for privacy in the brain.

We already know about several architectural elements that influence our mental state. For example, we know that architectural designs with noticeable or pointed angles favor the manifestation of stress. Rectangular spaces made people feel enclosed. Lighting is another important element. Poor artificial light forces the brain to work harder, which affects productivity.

High ceilings are appropriate for creative and artistic activities. On the other hand, low ceilings favor concentration and routine work. Colors can influence mood, and therefore decision making and attitude. For example, greens reduce heart rate and relieve stress. On the other hand, reds stimulate cognitive and attention processes. Therefore, they’re a great help in tasks that require mental concentration.

In recent years, neuroarchitecture is beginning to understand the importance of outdoor spaces and nature for proper brain functioning. They’re as fundamental as recharging a battery in electronic devices. Nature gives the brain the ability to disconnect and recharge.

Another important element when it comes to disconnecting is the auditory cortex. This area of the brain deals with interpreting sound vibrations. We know that when a person activates this area with music that they like, it generates extra amounts of dopamine, a hormone that improves work concentration.

7 Signs of a Toxic Work Environment
A healthy work environment enhances satisfaction. However, a toxic work environment may have negative effects on us. Find out more in our article! Read more »
Link copied!
Interesting Articles
Art and Psychology
Surrealism and Psychoanalysis