It's Good to Get Bored Every Once in a While 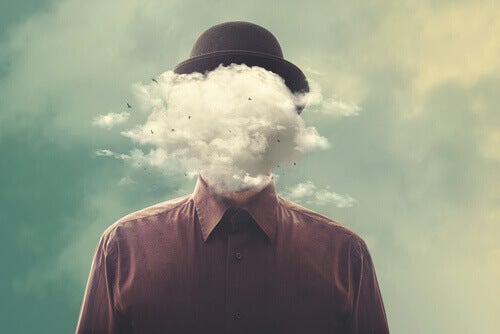 Being bored scares us. In fact, chronic boredom can be dangerous. It can lead to harmful behaviors, such as eating at odd hours or more than you should (with everything that implies). Chronic boredom is also a risk factor for mental health problems, such as anxiety, depression, and obsessive-compulsive disorder. However, being bored every once in a while can have some very interesting benefits that are worth analyzing.

We can’t go any further without proposing several questions. Why are we scared of being bored? What does it mean to be bored? Why do we need to be busy at all times? Are we afraid of wasting our life or are we afraid of being alone with ourselves?

“There is something sweet and soothing, and above all wise, in what men of the world call boredom.”
-Miguel de Unamuno-

The healthy habit of letting yourself get bored every so often

Boredom is synonymous with frustration. In fact, when we speak of boredom, we’re referring to that frustrating experience of wanting but not being able to perform satisfying activities. Thus, someone who’s bored cannot adjust the factors necessary to produce an activity which will entertain them. Be it internal factors (such as thoughts or feelings) or external factors (like the environment). However, in the same way, you have to learn to tolerate frustration. You have to learn how to deal with boredom.

As you will see further on, getting bored every once in a while is very healthy. Because boredom awakens and encourages qualities and virtues that are far from despicable. Not in vain, throughout history, many illustrious people have highlighted the benefits of boredom.

“Being bored at the correct time is a sign of intelligence.”
-Clifton Fadiman-

Although boredom can seem like an unpleasant sensation which you should avoid at all costs, science indicates that it can benefit your mental activity. For example, a study conducted by researchers at the British Psychological Society found that passive activities, ones which you could classify as “boring”, can actually increase your creativity.

This study meant to debunk the popular belief that being bored while at work is a negative experience. In fact, many companies see boredom as an obstacle to the efficiency and innovation of the organization.

However, this study managed to prove that occasional and temporary boredom increases daydreaming. This is something that can truly aid in the innovation that companies are looking for. This is due to the fact that being bored can promote daydreams, which allows you to make new and innovative connections.

On the other hand, other studies suggest that boredom encourages the search for new objectives when the previous one is no longer interesting. Thus, if you are uninterested in your job, this may be a sign that it is not the correct job for you. Or that you are not being challenged enough. This way, boredom can serve as a catalyst to improve a dissatisfying situation.

Furthermore, boredom also increases creativity in children, according to several recent studies. In this sense, a study conducted by a group of researchers at the University of East Anglia criticizes the idea that keeping the mind constantly busy contributes to a better intellectual and social development.

According to these studies, boredom is not a bad thing. On the contrary, it can actually encourage the creative skills of children. They will have to answer the fantastic question – Now what do I do? Thus, contrary to what most people believe, children should be allowed to get bored. It will help them learn to live with this “everyday frustration” and come up with good solutions for it.

As if this wasn’t enough, another study conducted by researchers at the University of Limerick, Ireland, has found another interesting benefit to boredom. According to these researchers, it is far from hindering the mind and leading to a lack of productivity. Being bored can inspire people to seek ways to be altruistic, empathetic, and to dedicate themselves to prosocial tasks. These even include unpleasant tasks such as donating blood.

According to the researchers, bored people feel that their actions lack meaning. That’s why they like to participate in a meaningful action or behavior. They say that if pro-social behaviors meet this requisite (being meaningful), then boredom promotes this type of behavior.

Though this can seem a bit weird, researchers explain that boredom can paradoxically be a very strong motivator for people to seek unpleasant yet meaningful tasks to perform. Thus, through a set of seven different studies, the researchers found that boredom increases prosocial motivations which affect positive behaviors. In turn, these prolong beyond the duration of the boring activity itself.

Having a tight schedule and an organized day is an excellent way of being productive, of taking advantage of your time, of getting the most out of your day. But every once in a while, you need to stop. Rest is essential for your mind and body.

In fact, although organizing activities for your free time is very interesting, you should also leave some time actually free, empty time. You also need to let the people around you, your partner, children, and friends have some empty time as well. Don’t be afraid of boredom.

Don’t focus on occupying every single second of your time or the time of your kids. Stop trying to constantly fill their time with entertainment. Don’t pressure your partner when you see them being inactive. Behind the barrier of not knowing what to do, there is not a bottomless abyss. In this sense, boredom will give way to a world full of options. Options and alternatives that will show you new ways- even better ways- to occupy your time.

“When I have time left over, I try to get bored, because boredom is a form of rest.”
-Juan Luis Cebrián-

3 Good Reasons to Not Give Children a Phone
If you've ever wondered whether it's good or bad to let your children use your phone, here we'll show you 3 good reasons not to give children a phone. Read more »
Link copied!
Interesting Articles
Psychology
Mercedes Rodrigo: Spain's First Female Psychologist

Psychology
There's a Mental Health Problem in my Family... Now What?

Unfortunately, humankind has been afraid of mental illness throughout its entire history. In many cases, it was because we didn't…

Dr. Nancy Andreasen is a psychologist from the United States. She holds the Andrew H. Woods Chair of Psychiatry and…