Is Consciousness a Product of the Brain?

Modern medicine has the ability to essentially bring people back from the dead with oxygen, medications, and other interventions. But before they come back, when the body is clinically dead, where does their consciousness go? 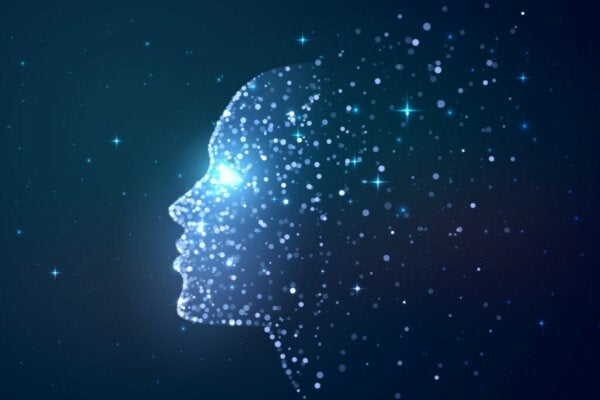 Lujan Comas, a licensed physician specialized in anesthesiology and resuscitation, says that consciousness isn’t a product of the brain. He believes that consciousness uses the brain. Similarly, Stuart Hameroff, a psychologist at the University of Arizona, and Roger Penrose, a mathematical physicist at the University of Oxford, proposed that the body’s microtubules, rigid hollow rods in cell cytoskeletons, act as channels to transfer quantum information that’s responsible for consciousness.

In a near-death experience, the heart and brain stop functioning. People who’ve been clinically dead and then resuscitated can actually explain their sensory perceptions as if they were outside of their own bodies. They see themselves and everything that’s happening around them at that moment, they see their entire life in flashes and understand the meaning of their existence. They feel an unconditional peace and love that’s difficult to describe.

Due to biological conditions, consciousness might not exist in the brain, as most people assume. It’s a kind of energy, and we know that energy can’t be created or destroyed. Instead, energy transforms and endures. When you die, the content of those microtubules returns to the quantum consciousness. If you’re resuscitated, you could recover that information.

“The current materialistic view of the relationship between consciousness and the brain, as held by most physicians, philosophers, and psychologists, seems to be too restricted for a proper understanding of this phenomenon. There are good reasons to assume that our consciousness, with the continuous experience of self, does not always coincide with the functioning of our brain.”

The conventional medical theory argues that NDEs are just hallucinations. One explanation is that the lack of oxygen to the brain triggers these kinds of experiences. Another is that they’re caused by excessive levels of carbonic anhydrase or epilepsy in the temporal lobe.

People who’ve had near-death experiences usually describe them similarly, or at least their narrations have some common elements. Children talk about seeing an angel, atheists talk about an “energy”, and believers say that they saw God. These seem to be different names for the same thing.

Near-death experiences and end-of-life experiences seem to support the idea that consciousness transcends the body. However, this isn’t a belief akin to having faith in religion or a god. The experiences are the subject of scientific research all over the world.

Most people who’ve had NDEs change their values in some way afterward. They stop being afraid of death and radically change the way they live their lives. Sometimes, they switch careers to work in a field that gives meaning to their lives and helps others in some way.

“Death is nothing other than a different way of being with an enhanced and broadened consciousness, which is everywhere at once because it is no longer tied to a body.”

Is there a kind of overarching consciousness that connects us all?

Van Gulick (2004) argued that no aspect of the mind is more familiar or confusing than the experience of personal and global consciousness. Current theories about the mind explore the problem of consciousness.

A study that was published in the Neuroscience of Consciousness journal suggests that the conscious implements algorithms in space instead of in time, within the brain’s electromagnetic field. When you look at it that way, it seems like consciousness isn’t entirely subjective.

In conclusion, it’s clear that consciousness isn’t a product of the brain. But is there some kind of consciousness that learns continuously and connects to everything? Perhaps. Everything in this world is made of sub-particles, and everything may be connected on the sub-particle level. Surely if we understood death in some other way, we’d live our lives very differently.

“Without a body and without time, I wasn’t disturbed by my ego or by the function or dysfunction of my brain and memory. And during my pure perception within the source, I had no opinion either. I didn’t even have an ‘I.’ An opinion is tied to the ego, and the ego to the body. Without any of this, there was only objective consciousness.”

David Eagleman and the Mystery of Consciousness
Many people call David Eagleman the "Carl Sagan of the brain" for how he builds the link between knowledge and showmanship. Learn more with us Read more »