Do You Know What Intrapersonal Intelligence Is and Why It's So Helpful? 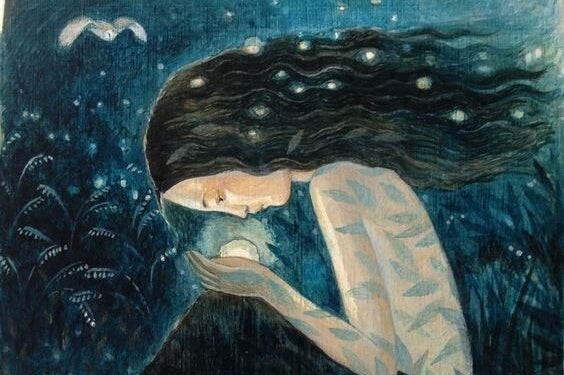 Diving deep into your thoughts and practicing introspection is part of what Howard Gardner defined as intrapersonal intelligence. These skills of self-reflection and metacognition are fundamental to living in peace with yourself.

Having an accurate, real image of ourselves is not easy. First of all, it takes being fully aware of our moods; combining good self-esteem with discipline and self-motivation; and balancing the sum of these three elements with a special problem-solving ability.

Intrapersonal intelligence is part of the revolutionary theory of multiple intelligences that Howard Gardner came up with in the 80’s. It is most well-known from his book, “Frames of Mind: The Theory of Multiple Intelligences”. His approach, as we know, was controversial, both in the academic world and among education professionals.

It was meant to serve as a counterweight to the traditional idea of a single measure of intelligence. In other words, the idea was to be an alternative to reductionism and standardized tests that are so limited. Living well takes many other types of skills related to how we learn, interact and think.

While many scientific psychologists, like Robert J. Sternberg, warn that there’s no scientific evidence for Gardner’s approach and that what he calls intelligences are actually “aptitudes” or “abilities”, we cannot ignore how positive the impact of his theory has been.

Intrapersonal intelligence is the seventh of the nine intelligences and, without a doubt, one of the most important.

Intrapersonal intelligence, or the ability to look inward

We could give many examples of people with high intrapersonal intelligence. Virgina Woolf, for example, gives us in her essay “A Sketch of the Past” a clear picture looking inward. Another example of stark introspection is seen in Kafka’s “The Metamorphosis.” Here, Gregor Samsa, a commercial traveler, awakens to find himself transformed into an insect.

In addition, Albert Einstein himself constantly worked on his intrapersonal intelligence, almost without knowing it. He was a great lover of long walks, where he explored his thoughts and connected with himself — in relation to his mathematical theories, the cosmos and the way the universe works.

Therefore, we could conclude that such skillful thinking is almost an innate capacity in writers, poets or scientists. If this is so, it’s because they are independent people who enjoy solitude and are creative.

Next, let’s see below what basic features define people with high intrapersonal intelligence.

What does a person with intrapersonal intelligence look like?

Here’s a simple example. Mark is 17 years old and just got home from high school. It has not been a good day. He doesn’t say hi to anyone and locks himself in his room with a loud bang. Then, he starts playing video games and later starts posting aggressive posts on social media. They talk about how much he hates the world and the people who live in it.

We can all improve our intrapersonal intelligence

Intrapersonal intelligence is basically the ability to see realistically and honestly who we are and what we want. While it’s so basic, unfortunately we don’t always develop it very effectively. And although it should be taught in schools and institutes, there is a lot we can do ourselves to increase our intrapersonal IQ. Now take a look at these simple tips.

To conclude, whether or not we support Howard Gardner’s theory of multiple intelligences, there’s one aspect we can’t ignore. They give us the opportunity to experience life happier and more in peace with ourselves. Intrapersonal intelligence is one of the most valuable tools to have on the journey of life.

Teachers with emotional intelligence are the ones who leave their mark
Do you remember any particular teacher from your days in school? Surely yes! We all have a teacher in our memory who has especially impacted us, right? Did they have emotional intelligence? Read more »
Link copied!
Interesting Articles
Psychology
The Positive Purpose Of Sadness

It happens to me a lot - I'm sad without really knowing why. There are days like that, when sadness…

Emotions
Do You Know What Your Basic and Secondary Emotions Are?