Intimacy in Relationships - Trust and Reciprocity

Intimacy is a key aspect of meaningful relationships that aspire to withstand the wear and tear of time. How does reciprocity influence this intimacy? 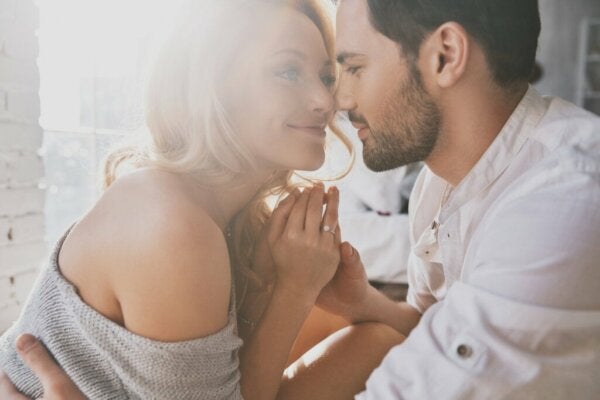 Intimacy in relationships, be it a romantic relationship or a friendship, largely defines who you really are and what you really feel. Reciprocity consists of getting back what you put in. Unfortunately, there’s certain emptiness and superficiality in this world along with emotional looters and enablers.

The best way to recognize an emotional looter is that they have nothing to offer when the lights go out, in nobody’s eyes. In contrast, emotional enablers have roots that flourish in their bodies in memories that constantly feed them.

The important thing is that those who seek empty relationships don’t drain others. Some people believe that only reciprocity can make intimacy possible. This is because they’ve understood that it’s the only thing that remains in the end.

“It’s an absolute human certainty that no one can know his own beauty or perceive a sense of his own worth until it has been reflected back to him in the mirror of another loving, caring human being.”

Intimacy in relationships is about reciprocity

Everyone’s been told that they must respect themselves in order to be loved. Don’t give too much and keep a few cards under the table, they say, hand it out in smaller pieces. However, many people will die being quite respectable and without knowing what love is about.

What this means is that there are no such rules when it comes to love. It isn’t something you can program. Also, it isn’t always fair. The quality of equity doesn’t apply to love (or rather, in the art of loving). As you can see, there’ll always be imbalances, and this is normal.

Furthermore, greed is the opposite of love. A person can greedily feed on others and loot and manipulate them. These types of people know exactly what they want and they suck the energy and life of others for their own personal aggrandizement. Greedy people wonder “What can I get from others?” whereas people who provide love ask themselves “How can I give more to others?”

Intimacy in reciprocity is about allowing yourself to be vulnerable

Most people get married and hope to share a life together, but in reality, 40-50% of those marriages will end in divorce.

Moreover, stable marriages aren’t necessarily happier. In other words, people stay in unsatisfying relationships for many reasons (children, finances, and religion). Thus, the question isn’t about mere stability but about quality. There are many emotional looters out there and people refer to them as “significant others”.

How to build intimacy in relationships

Each type of relationship needs certain nutrients in particular amounts. It usually depends on those who form it but also on the circumstances and the connection. These are a few things you can do to strengthen the intimacy of your relationship.

Romantic relationships are dyadic interactions, and they’re ever-changing and complex as such. There’s a recipe for a successful marriage, it’s only that it requires the will and ability to deliver, at least according to research.

Growing In Love – the Do’s and Don’ts of Relationships
What are the do's and don'ts for a relationship? What are the keys to growing in love? Read on and find out in our top ten points for a healthy relationship Read more »
Link copied!
Interesting Articles
Conflicts
Hostility in a Relationship is the Prelude to the End

Family
How To Handle It When Your Family Stresses You Out

Sometimes our families stress us out. There are moments when the roots of our family tree trap us and won't let…

Some people fill your heart with the purest joy. They're people who try to make your life less complicated and…

Human Relationships
Prosocial Behaviors: Do You Help Others Out of Empathy or Anxiety?

Carrying out prosocial behaviors (helping a family member, a friend, or a stranger on the street) can make you feel…