Treatment for panic disorder is based on the patient being exposed to the physical sensations of panic. However, to achieve success, this treatment must be carried out by a specialist psychologist. 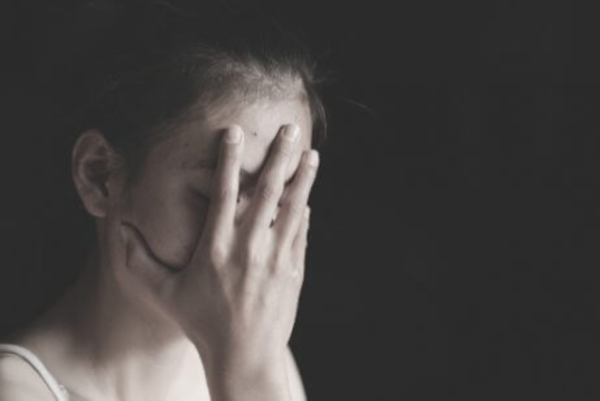 When people suffer crises of panic or distress, they might seek medical help. Normally, primary care physicians look after these patients. However, if they don’t find any organic or physical explanations for the disorder, they’ll refer the patient to a specialist in clinical psychology. These specialists may well carry out interoceptive exposure therapy.

On other occasions, mostly due to a lack of available professionals, patients are treated with anti-depressants or anti-anxiety medications. However, they don’t substantially improve the problem.

The DSM-5 states that a panic attack is when a patient feels fear or intense discomfort. Furthermore, they might feel a sense of danger or imminent death. They also tend to feel they need to escape. These attacks start suddenly and reach their peak within the first ten minutes. For a panic disorder to be diagnosed, the patient should experience at least four or more of the thirteen symptoms of the disorder.

Patients who suffer from panic attacks experience a number of very unpleasant symptoms. In fact, anxiety can appear in the form of many different symptoms. Many of these tend to present themselves in a panic attack.

In a panic attack, the patient suffers a racing heartbeat and palpitations. These are the two most common symptoms. They also sweat, suffer tremors, choking sensations, chest tightness, nausea, instability or dizziness, derealization or depersonalization, fear of losing control or going crazy, fear of dying, paresthesia, and feeling hot or cold.

These symptoms, in effect, are nothing more than manifestations of the patient’s own anxiety. However, they make the patient feel extremely uncomfortable. In fact, the patient suffers physical symptoms that are usually associated with imminent death. Just imagine, suddenly feeling as if “your heart’s coming out of your mouth”. In addition, they might faint, sweat uncontrollably, or feel like they’re drowning.

If a patient’s thinking this, they inevitably start to feel even more afraid. This is what’s known as phobophobia or fear of fear. For this reason, any treatment should focus on how the patient interprets and tolerates the physical sensations they’re feeling. This way, the symptoms don’t worsen.

How does interoceptive exposure work?

As an example, exposure therapy used in panic disorder isn’t the same as that used for a phobia of flying. For this disorder, the therapy is usually conducted via the patient’s imagination or by virtual reality. However, for panic attacks, specialists use interoceptive exposure therapy.

Interoceptive exposure therapy involves the same technique as the other types of exposure therapy. It also has the same goals. However, it uses different procedures. For this reason, it’s extremely important for a specialist psychologist to carry out the treatment. Because if a professional doesn’t undertake the treatment, the problem won’t go away. Furthermore, it might even worsen. In addition, the patient might become even more sensitive.

The objective of exposure therapy is for the patient to become habituated to the phobic stimulus. This stimulus might be something in particular. For example, a specific phobia. Or it could be a situation, like a social phobia. This happens when the patient’s concerned about a specific subject. Habituation is a physiological process. This process occurs when the patient realizes and experiences for themselves that the phobic stimulus doesn’t affect them the way in which they initially expected.

With interoceptive exposure, the patient’s exposed to their uncomfortable physical feelings of discomfort. However, they aren’t able to carry out any of their safety behaviors to relieve their discomfort. These safety behaviors might be anti-anxiety medication, being accompanied by a relative, drinking water, etc. The therapy works because the patient internalizes these sensations. Furthermore, they start to see them as mere sensations.

Therefore, the patient no longer attaches any unnecessary value to these sensations. Consequently, they realize that their previous anxiety concerning having a heart attack was completely unfounded. Because, of course, they didn’t have a heart attack.

For this reason, the clinician will encourage the patient to voluntarily cause themselves to feel the sensations of panic. The patient should carry this out both within the consultation and outside of it. However, the patient mustn’t carry out any behavior that either hinders their exposure or facilitates their avoidance of these sensations.

The procedure usually involves generating symptoms for about a minute. The patient carries out exercises that mimic their most common and feared symptoms of a panic attack. The most common strategies are:

Symptoms should be induced in patients between three and five times per day. However, their frequency depends on each individual case. Furthermore, it’s more important to carry out one exposure session well than to do several badly. Eventually, thanks to the habituation, the patient sees how their anxiety levels have reduced. Furthermore, they’re able to control them themselves.

The patient learns not to fear these internal signals. This is because they aren’t linked to any kind of threat. In fact, the patient can even deliberately provoke the signals themselves.

In more advanced stages of treatment, the patient stops practicing these exercises. Instead, they incorporate more “natural” ones into their daily routines. They exercise, walk fast, climb stairs, or go into saunas. However, in these instances, the exercises shouldn’t last more than three minutes.

Interoceptive exposure is a very effective treatment for panic attacks. However, the specialist must always consider each case individually. Indeed, in some cases, the patient might need additional or alternative treatments.

However, some patients reject this type of treatment. This is because they can’t stand being taken to the point where the habituation begins. For this reason, the most important thing to consider when treating a patient with panic disorder is for the relationship between therapist and patient to be based on empathy and understanding.

Furthermore, psychoeducation is very important. If a patient understands what’s happening and recognizes the vicious cycle of their anxiety, they’re much more likely to accept interoceptive exposure therapy treatment.

Characteristics and Treatments for Panic Disorder
According to the DSM-5, between 2-3% of the general population in Europe and the United States suffer from a panic disorder. Read more »
Link copied!
Interesting Articles
Therapies
The Dyadic Adjustment Scale for Relationships

The importance of family involvement in the treatment of patients with schizophrenia gained traction in the 1950s. In his studies,…