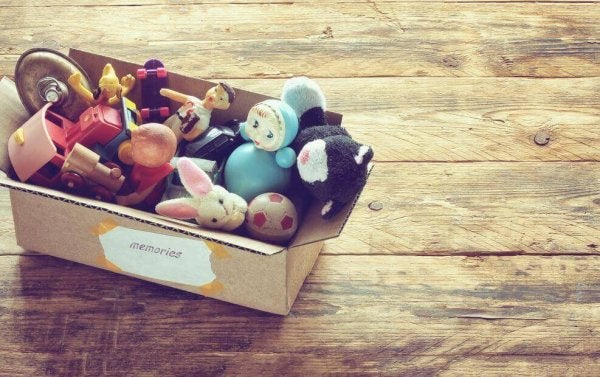 Without a doubt, Cattell’s model is one of the most famous and his attempt to describe personality reached the masses through his famous test: the 16 PF. Of course, nowadays we don’t use Cattell’s original version, but people maintain a great part of the test’s initial spirit.

The topic of intelligence is a very interesting one, as is Cattell’s development of it. In this article, we’re going to focus on his interesting personality model and the questionnaire he uses to apply it, the 16 PF.

Cattell and the 16 PF

The study of personality is controversial within the field of psychology. In this regard, this kind of property of the self, conditioned by the environment and genetics, has given way to countless theories that have battled over hegemony.

Not only has the origin of personality been discussed (genetics-environment), but there’s also an open debate about the extent to which personality can mutate or influence one’s behavior. Another interesting debate about our personality is related to its division, segmentation, and dynamic.

In this sense, we could consider Cattell the synthesizer of the work done by British and American authors in the field of basic mental and personality skills. He used a methodology that was very powerful at the time for the scientific study of intelligence as well as the study of personality. His objective was to isolate different primary factors.

For his studies, he used 3 sources as data recollection techniques.

The three stages of Cattell’s model

Methodologically, his work was characterized for being a serious and rigorous attempt at analyzing and creating a solid, stable, and also reliable model from the three sources we have listed. Also, the development of his model can be understood if described in three stages:

Second-order factors in the 16 PF

The personality factors we have listed above aren’t independent (orthogonal). Instead, they present positive and negative correlations, giving rise to other basic factors (second-order factors):

Then, based on these first and second-order factors, Cattell created one of the most well-known and widely used questionnaires of all time. On the other hand, Cattell classifies these personality traits based on two aspects:

Thus, this author and researcher already defended an idea which is currently still accepted by most personality specialists. This idea also states that the composition of one’s personality is the product of their genetics and the environment in which they developed.

Finally, note that in order to control possible anomalies in the answers, the 16 PF uses four scales: response style scale (reliability and validity), image manipulation (to control social desirability), acquiescence (to control the tendency to give the same answer regardless of the question), and infrequency index or chance index (to detect questionnaires that have been answered at random and invalidate them: it’s based on the consistency of the answers within each factor).

Cattell’s merits can be divided into two main branches, which are united in a very intimate way. On one hand, there’s his intention of precisely measuring or giving mathematical shape to a model. In this case, it’s to personality. An undoubtedly difficult task, since we’re talking about something that can only be measured indirectly.

Also, in these measurements, there is almost always a contaminating variable. In most questionnaires or psychometric tests (with an acceptable validity and reliability, such as the 16 PF) the individual is the one who emits the judgment to answer the question asked. In this sense, let’s keep in mind that self-perception oftentimes has little to do with reality.

To explain this, I have an example that, apart from being ironic, is as clear as it is human. It’s a memory of walking down the street and listening as two ladies called each other stubborn, repeatedly and incessantly, without either recognizing this feature in themselves. Paradoxical, right? For this same paradox also appears when we answer many personality tests.

Also, Cattell’s second great merit has to do directly with the articulation of his model. History, although sometimes mistaken, tends to be a good filter for humanity to leave behind all useless occurrences or crazy ideas that constitute a dead end. This has not happened with Cattell’s model, and this is why we wanted to dedicate this article to him.