Is Intelligence Really a Genetic Trait?

What determines a person's intelligence? Genetics, the environment, or a little bit of both? Read this article to discover it! 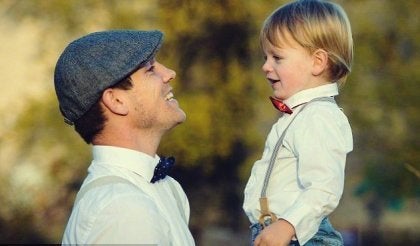 What determines a person’s intelligence? Many experts and studies state that your IQ is mainly a matter of your genetic makeup. Nevertheless, the relationship isn’t always as direct or as clear as it would appear. The truth is that there are many other factors that can promote your intellectual potential or hinder it.

Take William James Sidis for example. This young man was really intelligent and showed great promise. He died in the middle of the 1940s in the United States. Many experts consider him to be one of the most intelligent men who ever lived. In fact, some estimate that his IQ was above 250.

“What we know is a drop, what we don’t know is an ocean.”

The most interesting part of Sidis’ cognitive development was his education. He was able to go to Harvard University at the age of 9, and it wasn’t just because of his genetic makeup. His mother, Sara, was a doctor, and his father, Boris, was a psychiatrist and an expert in developmental psychology. If there’s one thing these two Ukrainian scientists knew, it was that developing a high IQ wasn’t exclusively a matter of your 23 pairs of chromosomes.

High intelligence is a result of an environment that facilitates it as well as a brain that’s receptive to it. The Sidises directed their child’s life toward a single objective: to make the most of his cognitive capabilities. The results exceeded all expectations. Nevertheless, this young man wasn’t just a child prodigy. He was also a person who was clearly unhappy with his life.

Intelligence, just like all factors of human behavior, is a complex trait. Defining it, however, isn’t difficult, because it’s a combination of all those experiences where the person in question demonstrates a clear ability to learn, think, plan, solve their problems, think abstractly, understand complicated ideas, and give highly creative answers to questions.

Nevertheless, nobody exactly knows what produces individual differences in intelligence. Some studies state that genetics shape your intellectual abilities. In fact, a 2016 University of Glasgow study showed that you mainly inherit the genes associated with cognitive functions from your mother. The X chromosome, then, determines a large part of your intellectual potential.

Now then, we’re talking in a conditional sense because not everything is as clear as it seems. In a recent study that the journal Genetics Home Reference published, you see something that experts have supposed for almost a century. Your social environment molds you. It gives you the conditions that you need to reach all of your cognitive potential. Genetics are only responsible for 40% of what you achieve.

Intelligence (and particularly high intelligence) is influenced by the environment. Factors such as the way a child is raised, their formal education, and nutrition allow the development of educational potential.

Neurologists often say that people over-estimate the idea of high intelligence. If you were to undertake a brain surgery, there’s no definitive section of a high-intelligence brain that would distinguish it from any other. There’s no specialized structure that makes you more intelligent than normal. The truth is that intelligence comes from an endless number of processes acting in harmony. It’s a whole hyperconnected synaptic world that creates a sharper, more reasonable, and more efficient brain from the average one.

While it’s true that high intelligence can depend on your genes, other factors can affect it, such as:

Now that we’ve discussed that, some of our readers might be asking themselves, “So what happens if I have the genes for high intelligence but a poor upbringing?” “What happens if my environment wasn’t favorable to developing intelligence and my academic performance was poor?” “Does this mean I’ll never be able to improve my IQ?”

Every psychologist has a key psychological figure they admire. Take Kurt Lewin, for example. He’s the father of modern social psychology and gave us the basis for many future theories and studies. Lewin showed us that human beings are products of their interactions and experiences. You’re your attitude and what you choose to do with everything you’ve lived.

Experts have been able to study many things using twins who were separated at birth and raised in different contexts. Through these studies, experts have found that unfavorable environments with limited economic resources significantly influence the development of intelligence. Nevertheless, bad conditions can’t completely snuff out your potential. If you get an opportunity at some point to challenge your old environment or build a better one, you may be able to “make up for lost time.”

Lewin discovered that when a twin was raised in an unfavorable environment, they would distance themselves from the ideas of their adoptive parents. They were free to give their genetic predispositions free rein. The twin’s cognitive capacity would improve if they found a source of motivation or a goal that was in accordance with their interests as well as an environment that would facilitate the goals. After all, the brain isn’t a stable and unchanging entity. Plasticity, your curiosity, and your willpower are able to produce real miracles.