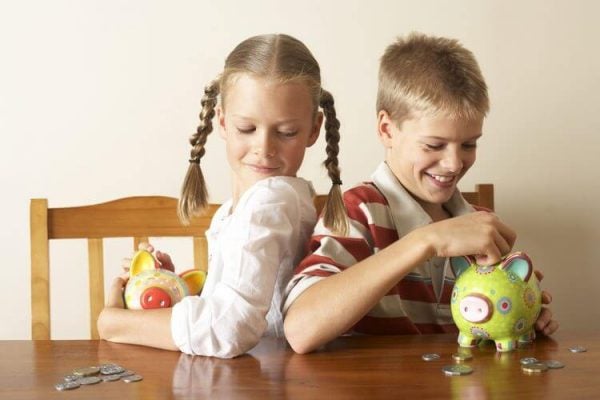 We’ll clear this up by debunking some myths and explaining the differences between identical and fraternal twins. First, we’ll define the two kinds of twins.

Identical twins, also known as monozygotic, are those who originate when only one sperm cell fertilizes one egg. This zygote (the egg along with the sperm cell) divides into two, forming two embryos with the same genetic material. This results in two identical siblings that are born at the same time.

Fraternal twins, also known as dizygotic, are those produced by the fertilization of two eggs by two sperm cells. The result is two siblings that may be similar or very different who are born at the same time.

One of the issues for those who want to differentiate between identical and fraternal twins are the physical similarities or differences between the siblings. Identical twins, as the name states, are identical, meaning they are indistinguishable. This is due to them sharing 100% of the genetic material. If they have any visible difference, it’s due to an external factor, such as hairstyle or scars.

Fraternal twins look alike, just like two ordinary siblings. They may have differences in height, skin tone, body build, etc. In certain cases, fraternal twins can be very similar, given that they share about 50% of the genes. However, they’re never identical.

And then there’s the golden rule: if the siblings’ genders are different (one of them is a girl and the other one a boy), then they’re definitely fraternal twins. Identical twins always share the same gender.

Do twins have the same fingerprints and the same blood type?

Furthermore, identical twins share many things. However, fingerprints aren’t one of them. Identical twins don’t have the same fingerprints because this isn’t determined genetically. The pattern on the fingertips is formed by the intrauterine forces during the gestation period.

Therefore, identical twins aren’t 100% identical. There are other differences, most of them imperceptible to the naked eye.

Identical and fraternal twins both have a very particular and special bond between them. Both kinds of siblings are usually closer than siblings born at different times. After all, twins were born and raised together, so their bond is unique.

When it comes to their personalities, it will all depend on the way they’re raised. In identical twins, they usually have complementary and even dependent personalities. It’s as if they distribute their qualities between them. One may have better motor skills and the other better social skills.

For fraternal twins, personalities may be similar or different depending on how similar they are physically. One must also take into account their upbringing and the particular relationship between the siblings. Fraternal twins tend to have a more alike personality than other “common siblings”, but not as similar as identical twins.

It could be the case that identical and fraternal twins invent a particular language to communicate between them (as it happens with common siblings, although less frequently). This special language is known as cryptophasia. It’s because of this that sometimes twins take a little longer to start talking than other children.

Therefore, identical or fraternal twins may share some quirks, interests, and forms of social behavior. In fact, twins share many characteristics, especially psychological ones.

It’s important to recognize the differences between the two. Depending on if they’re identical or fraternal, there will be similar and distinct features, as well as the probability of sharing a specific illness.

7 Life Lessons We Learn from Our Siblings
Siblings are our "enemies" that we fight the most with, but also, without a doubt, the ones we love the most. Read more »
Link copied!
Interesting Articles
Research
Neuroscience and the Consumer's Brain