In today's article, we'll list the main types of impulse control disorder and describe their most significant characteristics. 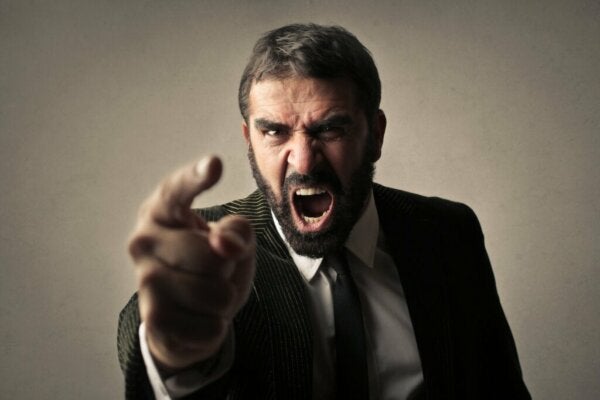 All human beings have or feel impulses. In most cases, however, your impulses aren’t intense enough to overwhelm your ability to control them. On the other hand, even if your impulses occasionally take over, it doesn’t usually happen enough to make you, or the people around you, suffer. If it does, you could be suffering from an impulse control disorder.

Before we continue, it’s important to define a key term in this field: impulsivity. According to Moller, Barrat, Dougherty, Schmitz, and Swann (2001), impulsivity is a predisposition toward rapid, unplanned reactions to internal or external stimuli without regard to the negative consequences of those reactions to the impulsive individual or to others. This reaction can be visible, such as making a telephone call. On the other hand, it can remain hidden to an observer, such as an individual imagining a conversation with another person.

In mild cases, the negative consequences aren’t usually significant enough to cause alarm. The problem is in the long term. Mild impulse control disorder can end up being very damaging because it isn’t severe enough to make patients take preventative or treatment measures. Thus, it can become chronic and more resistant to eventual treatment. This condition is more widespread among men, though the gender gap seems to be closing and depends on the specific disorder.

In today’s article, we’re going to talk about the main impulse control disorders according to the DSM-5.

Anger is the main factor in this disorder. The energy of the emotion completely overwhelms the individual with this condition. To expend it or let it out, they can become aggressive and damaging.

We’re talking about physical and verbal aggression. Some abusers have this disorder. In some ways, it’s comparable to a childhood tantrum. Adults, however, are obviously much stronger than children.

Patients with this disorder seem to improve significantly when professionals offer them other ways to release their energy. As a result, some preventative measures might be exercise, diet changes, or abstaining from stimulants. They might also benefit from certain coping mechanisms they can employ when they feel they’re about to lose control.

Individuals with kleptomania use robbery or theft as an outlet for their anxiety. It’s a kind of reinforced instrumental behavior that acts as a sedative. The object itself isn’t usually of any great importance. Whether or not the individual has their basic needs met has nothing to do with this disorder. In other words, they don’t steal because they need the objects they steal.

This is probably one of the most well-known disorders, perhaps due to its prevalence in movies and TV shows. One of the most iconic kleptomaniacs is Marie Schrader in Breaking Bad. She perfectly represents the systematic negation of the problem as well as how her shame produces energy she channels through the threat of getting caught.

On the other hand, sometimes, once kleptomaniacs have taken the difficult step of recognizing their problem, they underplay the importance of their behavior. They might argue that they only steal unimportant objects that won’t make or break the business, supermarket, or family they stole from. The act of stealing was cathartic for them and didn’t cause any great harm. The mind is very skilled at shaping reality in such a way that allows them to justify and reinforce their behaviors.

The rush of adrenaline produced by gambling is a form of stress relief for compulsive gamblers. Gambling can be addictive and extremely expensive. You might win everything but the law of large numbers says that you’ll lose it in the end. If that weren’t the case, casinos wouldn’t be viable businesses.

Compulsive gamblers have to face money problems and relationship problems as a result of their addiction. This particular disorder often isn’t detected until the stakes have gotten really high. At first, it’s easy at first for the individual and society to normalize gambling. After all, you can bet very small amounts of money. When things start to escalate, however, compulsive gamblers tend to hide their behavior so no one gets in the way of them and the game.

Gambling ends up occupying a significant portion of their physical and mental energy. They spend their free time thinking about where they can gamble and how they’ll get away with it. The more they play, the more they believe that the next game will get them out of the hole they0re digging themselves into. That, in turn, leads to mistaken conclusions. For example, they reason that, since they’ve been on a losing streak, their next win must be just around the corner. That kind of thinking helps cushion the reality of everything they’ve lost.

Psychological Techniques for Impulse Control
Impulse control is a difficult task that requires training and practice. In today's article, we'll share some very effective techniques that can help you. Read more »