Our favorite literary characters are not as perfect as they might seem. At the end of the day, art imitates life. These characters are a reflection of you and me, with all our flaws and imperfections. Thanks to research and studies, we can now "diagnose" these syndromes. 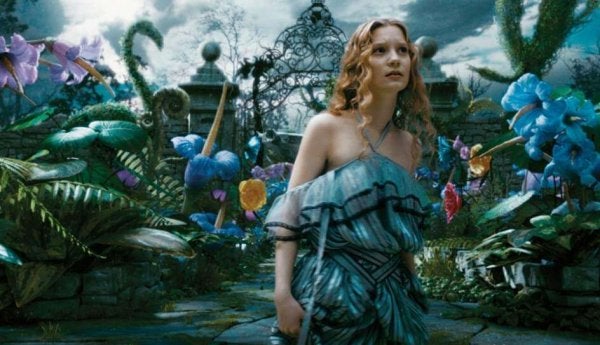 In the last century, recognition of mental illness has increased significantly. We used to consider these conditions unimportant or lump them all together into the same category. These days, we invest a lot more money in research for these illnesses and are able to diagnose and even prevent many of them. Some are so well-known that we recognize them from literary characters who display their characteristics.

What used to be a just a character’s peculiar trait or eccentricity now has a proper name. These are some of the syndromes with names of well-known characters like Sherlock Holmes or Holden Caulfield.

The main character in The Picture of Dorian Gray by Oscar Wilde suffers from a condition that transforms his perfectionism into an obsession. This condition is called dysmorphophobia. This syndrome is accompanied by an unreal body perception. An individual with Dorian Gray syndrome (DGS) believes that their defects are very noticeable to other people.

In addition, people with DGS tend to have a hard time processing the fact that they will age. Getting older causes stress and denial. People who suffer from it tend to end up hating their personal appearance and abuse plastic surgery.

Another syndrome named after a literary character is Kleine-Levin syndrome, also known as Sleeping Beauty syndrome. It’s a rare condition and generally lasts for short periods of time. The main symptom is hypersomnia (sleeping for at least 18 hours at a time), although there are some other behavioral symptoms as well. Usually, doctors treat this syndrome by stimulating the central nervous system.

Dysmetropsia usually affects children and tends to disappear during adolescence. Lewis Carroll, the author of Alice’s Adventures in Wonderland, suffered from this condition. People with dysmetropsia have an altered perception of the size and distance of objects. They see things smaller than they are and farther away. This isn’t usually the only symptom since people with Alice in Wonderland syndrome (AiWS) might also have epilepsy or schizophrenia.

Two well-known characters are good examples of this particular condition. Charlie, from The Perks of Being a Wallflower, and Holden Caulfield, from The Catcher in the Rye. They both suffer from anxiety and depression as a result of extremely intense stress caused by traumatic events. In Charlie’s case, his trauma comes from ongoing sexual abuse by a family member. Holden, on the other hand, suffers from PTSD after the death of his brother Allie.

Post-traumatic stress disorder usually causes disturbing dreams or thoughts related to the traumatic experience. This is one of the syndromes named after literary characters that many soldiers suffer from.

One of the most famous literary characters of all times, Sherlock Holmes, suffers from severe Asperger’s. This syndrome manifests itself in a particular sense of knowledge. The patient only masters the type of information that is useful for their profession. What’s more, they are often obsessed with this information. It’s difficult for a person with Asperger’s to retain information that doesn’t affect their daily life (like what year it is or if the Earth revolves around the sun), but they can be obsessed with a footprint for days.

Like Flaubert’s protagonist, people with bovarism are chronically unsatisfied with their lives. They tend to be disappointed with experiences that don’t play out how they plan. This causes a lot of frustration. Their expectations tend to be unrealistic or even impossible, which makes it less likely for them to be fulfilled.

This condition does not make an appearance in the original story. In the Disney version, however, Ariel is a hoarder. She tends to hoard or buy a lot of things. Although this syndrome is related to Diogenes syndrome, they’re not the same. It’s an obsessive-compulsive disorder that distorts the individual’s perception of how many things they own.

Our favorite literary characters are not as perfect as they might seem. At the end of the day, art imitates life. These characters are a reflection of you and me, with all our flaws and imperfections. Thanks to research and studies, we can now “diagnose” these syndromes. However, we should be careful not to romanticize these conditions and instead just bring them to light.

We all go through difficult times in our lives. For example, we might experience a breakup or lose our longtime…

Psychology
The Dangers of Blind Love

You know the saying, "beauty is in the eyes of the beholder?" Well, what if the beholder is completely blind? You might be seeing something beautiful, while everyone else sees…

Psychology
9 Signs of Psychological Manipulation Through Our Words

Not answering. The use of sarcasm. Saying that it's impossible to talk to you. Talking down to you as if…

Psychology
Hyperconnection and its Consequences

Godfried Boogaard said, "In the past, you were what you had. Now you are what you share". This quote related…