I'm Nothing But Myself When I'm Alone 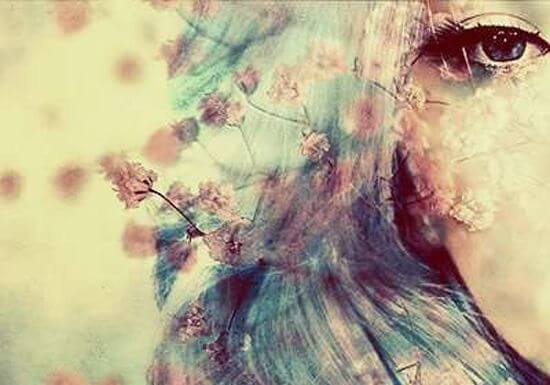 In one of his most famous sonnets, Para cuando me ves tengo compuesto (For when you see me), Miguel Hernández wrote one of his most famous lines: “I’m nothing but myself when I’m alone.” Such a simple yet fascinating quote couldn’t come from any other mind than that of a writer who was eager to convey the beautiful yet melancholy solitude that intoxicated him.

Simple yet melancholy things are able to revive even the most jaded of souls, the ones that have already gotten tired of everyone and everything. In this quote, I have found one of the most profound truths that I have ever read. I think that Miguel Hernández was referring to feeling better and more himself when he was in the company of his lover, and worse when he was alone.

Whatever he meant, one of the greatest pleasures for a writer is giving the reader the freedom to interpret the text in the way that comforts them the most. Although this quote is only a few words, it addresses a lofty subject: the intimate, incomparable, genuine pleasure that many people find in solitude.

I’m alone, but I’m not lonely

People who enjoy their solitude tend to be generous with the people in their lives. They know that being with someone doesn’t have to imply any sort of obligation or demand. They tend to ask for fewer explanations, and they’re also more delightful when you’re with them. They don’t ask for things they know they can’t demand, and they also suggest that other people reflect similarly on the demands they make of other people.

There’s no such thing as solitude that is not chosen; there’s only necessary solitude when having company won’t do. There’s nothing worse than feeling alone when you’re surrounded by people. You force yourself to reveal things about yourself, and then all that’s left is a residual feeling of unease and discomfort.

I’ve always preferred to be alone than to feel alone when surrounded by people. They talk, and I nod along, and it’s all very unpleasant. I’m of the belief that we start each new day with a battery that has a limited charge, and if we waste it on people who don’t deserve it, we won’t be able to get moving when we really want or need to.

That’s why I say that I’m alone in many ways, but I’m not lonely in any way. I’m surrounded by my own presence and company, and that doesn’t feel bad to me.

I find it incredible when I meet one person among millions who shares the perspective that maybe sometimes my solitude has distorted my view. I love to surround myself with people who don’t make me feel alone, because with them I am authentic, accompanied, enriched.

I’m just me when I’m alone

Sometimes I wake up in a bad or sad mood, just like all other human beings. We’re often told that we should seek company before experiencing anger or sadness by ourselves. I’ve often followed this advice, but it turned out to be quite unsuitable for me.

I don’t think anybody should feel guilty for wanting to be alone when they’re sad. There are too many people who take their sadness out on other people, thinking it’s better to be with people and avoid the horror of solitude.

It’s important not to confuse enjoying your solitude fully with avoiding contact with others. We’re not paranoid or aloof, we’ve just accepted what life has always repeated. We’ve gotten the message. We prefer company that makes us feel even happier, but we don’t need it to be happy.

Many people consider us to be weird, demanding, or childish. But we just go on reacting innocently to the contradictions of the world and we don’t like to be the first to do everything that we supposedly have to do in this life. We don’t go from behind, we go observing, so that when my turn comes I do it well, without being obligated. Without needing to feel tied down or watched.

I’m nothing but myself when I’m alone, because nobody understands me like I do, and nobody enjoys themselves when they’re alone like I do. And when I’m alone, I don’t feel like the worst version of myself, but sometimes when I’m alone I understand my sorrows. When, in my solitude, I find myself with someone, I don’t take responsibility for them anymore. That is the exquisite pleasure of being alone and choosing to be alone whenever I want.

We all know someone or a couple of people that seem to have been born with a special gift, of knowing how to lead, organize, give orders, command, innovate, motivate or…

Intuition and instinct aren't the same things. While the latter guides the behavior that helps you survive, the former describes a…