If You Want to Help Me, Don't Interfere 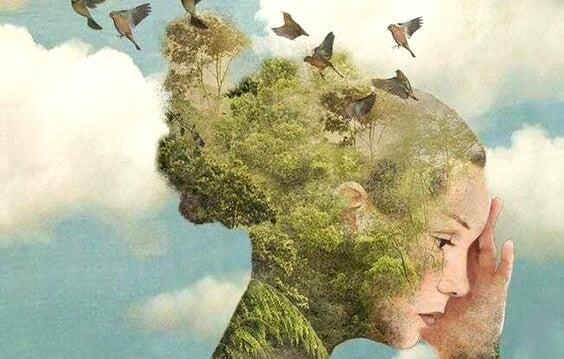 If you really want to help me, don’t say anything, respect my space, and let me be alone. Don’t tell me, “I told you so”, “you always make the same mistake”, “you have no choice”… don’t make it hurt even more.

For once, understand that sometimes the best way to help is not to help. Show me your empathy, your understanding, but, only for today, stay on the sidelines.

Theodore Roosevelt said that between doing the right thing and doing the wrong thing there’s something much worse: doing nothing. It’s clearly a political mentality, always fearful of immobility. Afraid of the voter who won’t take sides or the ally who won’t step forward.

However, President Roosevelt was wrong. Doing nothing is really a valid third option and, sometimes, it’s the best one.

“Any unnecessary help is an obstacle to development.”

Now, the biggest problem of all of this is that we generally assume a lack of action or passivity is a sign that others do not care for us.

So, how do we understand then that sometimes it is better to opt for immobility, not to help and instead take a step back?

Many psychologists say that, the mind in the most complex of times urges us to give the simplest answers. We turn to mental shortcuts, heuristics, and they can be very successful.

Thus, when we see a friend get fired or a sibling feeling down, we hear an internal voice that says, “leave them alone, give them room to think and accept the situation.”

Sometimes, depriving people of time with their struggles takes away a valuable opportunity for learning and personal growth.

Some people simply do not need saved

There’s an Eastern folktale that tells of a man who found the cocoon of a silkworm in the park.

When he got it home, something caught his attention. There was already a hole in the cocoon. The butterfly was already struggling to get out.

Engaged in his idea of helping, he grabbed a pair of scissors and cut some of the cocoon to speed up the process. His intention was good, there is no doubt, but good intentions don’t always have good results.

Because what the man didn’t know is that nature has its own rhythms, its own times and its untouchable truths. There are processes where all help is simply harmful.

The butterfly emerged and our protagonist waited for it to start flying. However, the insect was out of the cocoon too soon. The man could only watch as the insect crawled in circles until it stopped moving. Dead.

Some people don’t need to be saved simply because they are not in danger. Their suffering is something they must experience in order to blossom.

There, in the privacy of one’s cocoon, in the softness of one’s own sadness, in the sticky nooks of doubt and disappointment.

There are journeys that people must take in solitude without any help, without being saved by people with good intentions.

How do we know when to help?

Maria Montessori said that any unnecessary help hinders development. This idea is related to the concept of “Zone of Proximal Development” by Lev Vygotsky.

It’s a concept that applies far beyond the context of education, to many of our everyday environments and relationships.

The “Zone of Proximal Development” tells us that, in order to improve someone’s abilities, we must give them the necessary help so they can develop their own potential.

This implies, for example, not taking on responsibilities that are not ours. It means identifying the points where our help is a stimulus for learning and to what degree.

“Help your followers lift the load, but do not consider yourself obligated to take it.”

We’re very aware that it’s not always easy to know where the limits are. Where “doing nothing” is admissible and recommendable. It’s hard when feelings of responsibility emerge, even when the person going through the hard time is not especially close to us.

In addition, although the brain, from a physiological standpoint does not make judgments, the conscience does.

So, one thing we should be clear about is that it’s not always good to give constant, unlimited help. The result could be disastrous: the people we help could become passive, selfish, and develop a strong dependence on us.

The key is to notice when there is a situation of real vulnerability. Also, be very clear about what the person really needs.

Sometimes the best help is to listen or just “be” without saying anything. To give the other person proof that we are there for them if they want it, that we can be that shoulder to cry on if they wish, that person who knows how to respect space and solitude when needed.

We can, in essence, be that ray of light that illuminates their path at a specific moment, limited and fleeting. Allowing them to spread their wings and stop moving in circles.

However, we can also do nothing, sometimes an option as just as valid, and just as helpful.

Start Helping and Stop Judging
How often do we go about life forming opinions about others? The problem with judging is that you're not helping the person you're judging, or yourself. Read more »
Link copied!
Interesting Articles
Culture
"Wild children" and their behavior in society

Psychology
Depression Is Not Child's Play

Depression is a problem that affects many people. People are more or less susceptible to suffering from it depending on…

Psychology
Why Do We Justify Ourselves?

We justify ourselves when, as we’re having a conversation with someone, we spend most of the time giving reasons or explanations for why we do or don't do things. Those reasons or…

Psychology
The Highly Sensitive Person at Work: A Complex Environment

A highly sensitive person (HSP) often feels like the working world is a hostile and complex place. The competition, rigid…

John Lennon spent a lot of his life crying out for help. He did it in the 60's with the song…