Identity Fusion: Relationship Between the Personal Self and the Social Self

Identity fusion occurs when a person's identity merges with that of a social group. It leads people to act differently. 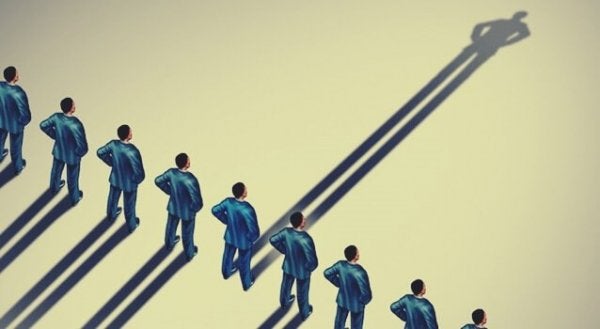 Whatever the case may be, your personal self is going to be made up of different traits that define you. On the other hand, social selves are derived from the groups you belong to. For example, you could have a social self based on family, country, religion, ethnicity, sports team, etc. Each of these identities has rules, values, and roles.

But how should we behave? Should we give precedence to our personality traits or the rules of the group? This depends on which of your identities is activated. Normally, your personal self is. That means you’re going to act in accordance with your personality. However, on some occasions, the group is more important. At those times, you’re going to conform to the role you have within the group as well as the group’s rules. One situation in which this occurs frequently is when the group feels threatened.

The relationship between personal self and social self creates some problems:

Identity fusion is defined as a visceral feeling of unity with a group. In people with a fused identity, their bond with the group is so strong that the limits between personal and social identities become blurred. What do we mean by that? That means that even when just one of the identities is activated, it can affect the other. For example, when others question the personality of an individual with identity fusion, this will lead them to defend the identity of their group.

This new connection between the two identities leads to the development of a strong sense of interconnection within the group. This very connection increases the motivation of each of the group members to do the same for the group as they would for themselves. At the same time, though, the personal relationships with the group members also get stronger.

The main principles of identity fusion are:

In conclusion, the relationships between the personal self and the social self tend to be mutually exclusive. That is to say, either one is activated or the other is. However, these selves are fused in some people and they give feedback to each other. This allows said people to do more things in favor of their groups. Therefore, your behavior is going to depend on whether your identity is fused or not.

5 Benefits of Practicing a Hobby Together
Practicing a hobby with your partner is a great solution when you find that you're having a hard time making time for your partner. Read on! Read more »