Human Compassion: Einstein and His Thoughts

"A human being is a part of the whole, called by us “Universe,” a part limited in time and space. He experiences himself, his thoughts and feelings as something separate from the rest—a kind of optical delusion of his consciousness. The striving to free oneself from this delusion is the one issue of true religion." This is how Einstein started his letter to a grieving father who had just lost his son. 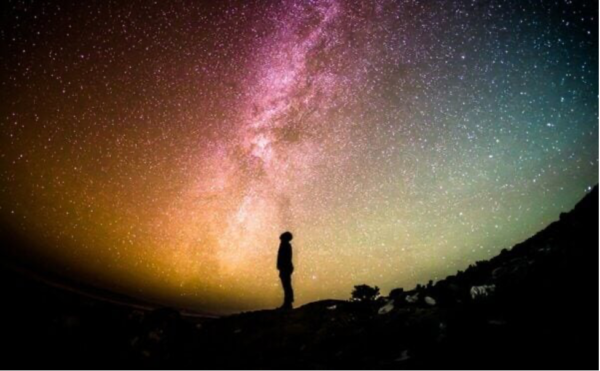 In 1950, Albert Einstein wrote a letter to a father who had just lost his young son to polio. The letter was full of depth and symbolism. Decades later, the New York Times published the letter. Einstein never knew that his formula of survival and hope would be shared with everyone. Indeed, this letter perfectly demonstrated his thoughts on human compassion.

One of the first things people notice about the letter was that its words contained a kind of philosophy. It couldn’t be called religion, but it could be called a certain kind of cosmic spirituality, along with a sense of transcendence.

Albert Einstein was the father of the theory of relativity. In this letter, he explained how we can ease the pain of loss if we understand that each of us forms part of a much larger whole. Furthermore, what we think is gone actually remains within us, in every part of our being.

Five years after he wrote the letter, Albert Einstein died of an aneurysm. Somehow, and almost unwittingly, he contributed this small and unique gift to his already immense legacy in the field of science, particularly physics. The message began to circulate widely with the advent of the Internet and social networks. Indeed, today his message is more relevant than ever.

“A human being is a part of the whole, called by us “Universe,” a part limited in time and space. He experiences himself, his thoughts and feelings as something separate from the rest—a kind of optical delusion of his consciousness. The striving to free oneself from this delusion is the one issue of true religion.”

Human compassion: Einstein and his views

We often overlook the fact that Albert Einstein was more than just a brilliant scientist. He was a humanist, a violinist, and he was committed to social values. Furthermore, he was an admirable teacher and a faithful friend. Indeed, his correspondence and documents held at Princeton University reflect this fact. Amongst this extensive range of correspondence are letters from figures such as Sigmund Freud, Bertrand Russell, Thomas Mann, George Bernard Shaw, Franklin D. Roosevelt, and Albert Schweitzer. Furthermore, there are letters in that vast ocean of correspondence that tell us that Albert Einstein was, above all, tremendously supportive whenever others were suffering.

An example may be seen in the letter he sent to the Queen of Belgium. Elizabeth of Bavaria and Albert Einstein were close friends and shared a passion for music. In 1934, her husband died in a mountaineering accident, a tragedy that devastated her. However, the father of the theory of relativity somehow found the right words to comfort, encourage, and give her strength.

He did the same for Robert S. Marcus, a faithful and beloved friend who lost his son in 1950. In this letter, a particular concept stands out that distinguishes it from the other letters. For Einstein, human compassion was a mechanism of salvation and the way in which we make sense of life.

A letter full of symbolism

It’s difficult to give hope to those who’ve lost the most precious things to them. In these cases, it’s not much use saying “I’m sorry” or “They’ll always be in your heart”. However, what Albert Einstein tried to do in his letter was invite Mr. Marcus to see beyond his own pain and see that each one of us is part of a much bigger whole.

We shouldn’t suffer the anguish and the pain of loss forever. We need to transcend these states and feel compassion, love, and affection for everything that surrounds us.

“This delusion is a kind of prison for us, restricting us to our personal desires and to affection for a few persons nearest to us. Our task must be to free ourselves from this prison by widening our circle of compassion to embrace all living creatures and the whole of nature in its beauty.”

Human compassion: Einstein and his formula

Albert Einstein taught us that we don’t exist separately. Indeed, individualism has no meaning or purpose in an interdependent world, a universe where we’re all part of a whole. Human compassion allows us to transcend, to go beyond ourselves to reach everything that surrounds us.

True humanity goes beyond religions, ideologies, selfishness, fear, and prejudice. However, you should remember that Albert Einstein wasn’t the only person to give this cosmic perspective to human compassion.

In fact, Carl Sagan reminds us in one of his books that we should use compassion, intelligence, and technology. Therefore, we can create a meaningful and respectful life with the planet, allowing us to touch the stars. We mustn’t forget the words of these two unforgettable figures from the world of astronomy and physics.

33 Quotes by Einstein That Will Make You Think
We all know the outstanding Albert Einstein, with his works, theories and postulates. But today I'd like to share the more human side of this physicist. Read more »
Link copied!
Interesting Articles
Philosophy and Psychology
Evaluating Your Purpose in Life: The PIL Test