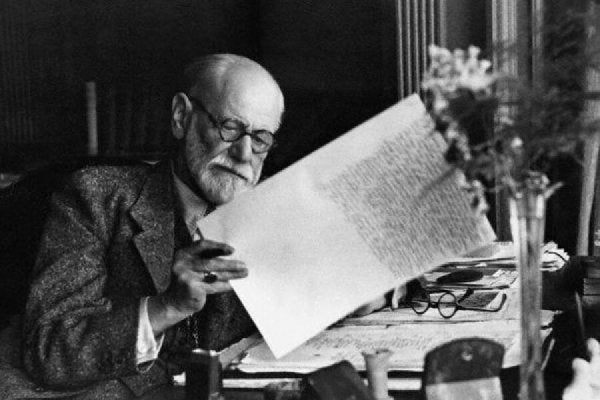 Today we step inside the peculiar world of a brilliant mind. We’ll take a fascinating voyage through the biography of Sigmund Freud, an author who has captivated us with his controversial ideas and contributions regarding human beings, their instincts, and their carnal desires.

Sigmund Freud was one of the most brilliant and forward-thinking men of the end of the 19th century and beginning of the 20th, who bravely dared to shock the sanctimonious society of his time. He is a reference point for psychologists today, and he left behind his celebrated study of the mind centered on psychoanalysis.

The early years of Sigmund Freud

The early years of Sigmund Freud were quite difficult. He was born on May 6, 1856 in the city of Freiburg, which was then a part of the Austro-Hungarian Empire, and today belongs to the Czech Republic. His father, a wool merchant, went through times of economic crisis, which caused the future psychoanalyst to suffer enormous hardships when he was young.

However, Sigmund Freud had sharp instincts since he was a small child.

“There are two ways to be happy in this life: one is to play the fool and the other is to be one.” 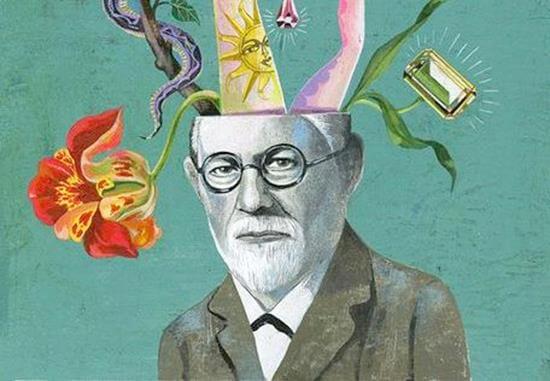 Freud’s family was Jewish, and they suffered the antisemitism of the Nazis. However, despite being faithful to their customs, they weren’t particularly religious, the father being a freethinker, which led Freud to lose his beliefs by adolescence.

Freud was a great student. When he was only seventeen years old, he finished secondary school in 1873 with excellent grades. His parents made huge sacrifices for him, as he had a brilliant career and future, and he decided to continue his education in medicine instead of law.

However, it wasn’t young Freud’s intention to practice medicine, but rather to study the human condition according to the canons of science. Curiosity had already sparked in the student’s mind.

The professional beginnings of Sigmund Freud

After a while in university, Freud made the decision to focus his career towards biological research, ending up as a collaborator in the laboratory of Enrst Von Brücke, which led to his first encounters with the human brain.

At the end of the 1870s, he became friends with Josef Breuer, who helped him both materially and emotionally with his research, becoming a very close and dear collaborator.

Not long after, he met Martha Bernays, who would quickly become his wife. This woman was vital in his life, because she came from an intellectual Jewish family.

It was around this time, in the early 1880s, when he decided to leave university to marry Martha Bernays. He also abandoned the laboratory with Von Brücke and began his own professional career as a doctor, since he already had the official qualifications.

Despite not intending to be a doctor, Freud worked as one to improve his economic situation. After trying out different hospital departments in Vienna, he specialized in neuropathy and began studying the therapeutic use of cocaine.

Freud did experiments on himself, getting to the point where he was almost a drug addict, along with his friend Von Felischl, which brought criticism from the medical community and affected his reputation.

After receiving a grant, he traveled to Paris, where he continued his studies under the guidance of Jean Martin Charcot, a great neurologist of the time. This is when he began studying hysteria.

Shortly after he married Martha, Freud had several breakdowns caused by jealousy. He was affected by anyone who displayed affection for her, even his own mother.

During his marriage, from which six children were born, Freud became a neuropathological consultant, using methods like hypnosis and electroshock therapy.

Together with Breuer, he began the creation of psychoanalysis, even though his first studies and publications focused on hysteria. This was when Freud started to observe the role of sexuality in psychological disorders.

From then on, Freud broke with Breuer, and transformed his entire clinical and therapeutic methodology based on the concepts of psychoanalysis, such as repression, unconsciousness, and transference, which brought contempt from the medical community.

He began the 20th century with his most celebrated publications, which have endured until today. Some examples that stand out are The Interpretation of Dreams, Introduction to Psychoanalysis, and Three Essays on the Theory of Sexuality, all of which were reprinted with new additions from the psychoanalyst.

The legacy of Sigmund Freud

Today, Sigmund Freud is even more popular in the medical community. The field of psychoanalytical research attracted only specialists and patients from high society at the time.

Between 1900 and 1910, other specialists became interested in Freud’s work. He was invited to the First Psychoanalytic Conference by Karl Gustav Jung himself. The two established a good friendship, which brought them to the United States, where Freudian thought had raised much interest and enthusiasm.

These were the brightest days of his career. In 1910 he helped found the International Psychoanalytical Association, which broke up his friendship with Jung a few years later.

In 1923, Freud fell ill with jaw cancer, and his medical problems got worse until he died in 1939. However, his professional activity was always very energetic.

“Modern science has not yet produced a calming medicine as effective as a few kind words.”

Fortunately, Freud left behind many great works. And although many of his theories have been subsequently disproved, it’s clear that his brilliant mind planted the seed for us to better understand the brain and our darkest desires.

The id, the ego, and the superego are topics he explored in his most brilliant work, an incredible and passionate voyage through the human mind. His studies of sexuality, psychoanalysis, neurosis, religion, fantasy, hysteria, morals, repression, and family are incredibly brilliant.

Today, Sigmund Freud continues to be one of the clearest and boldest minds of human civilization. His ideas will always be a source of inspiration for future generations. 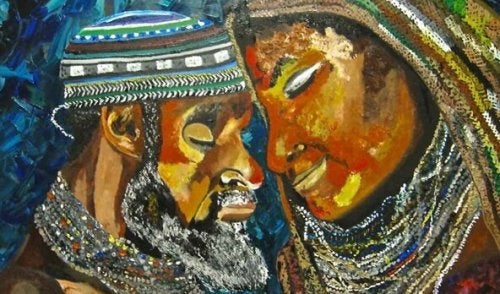 The most common greeting in the Zulu tribe is Sawubona. It literally means “I see you, you are important to me… 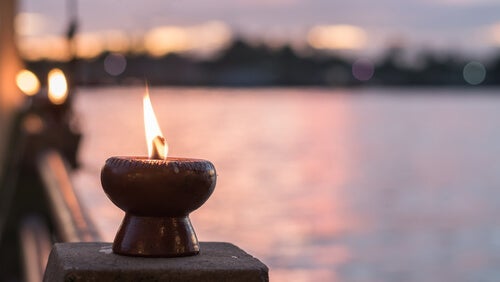 Alan Watts quotes lead to deep reflection. They’ll shake up your understanding of the world, life, and relationships and give… 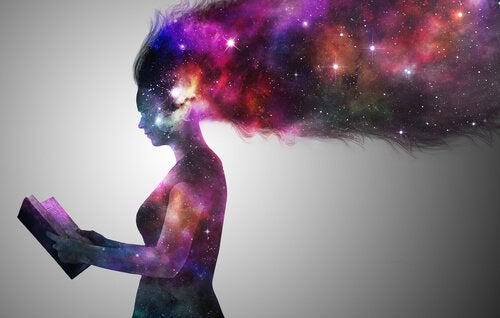 Culture
There’s No Investment as Worthwhile as Knowledge 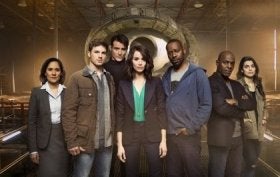 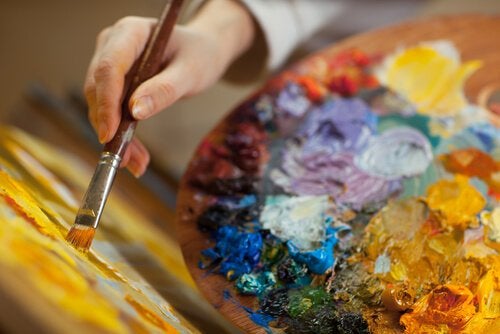 We live wired lives these days, almost without being able to disconnect or even take a rest. We’re always checking our phones or our social networks. We’re “hooked” for hours at a time to our computers or tablets. That’s why… 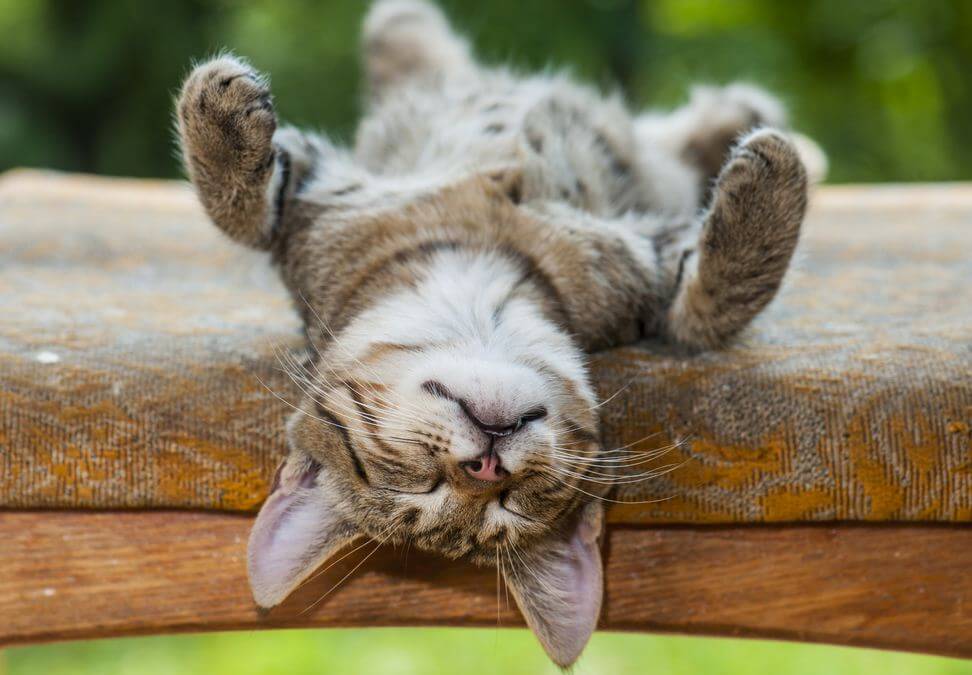 Napping is something that many people practice, normally after meals. After getting up early, if we want to stay awake until night, sometimes we have to take a nap. This recharges our battery so that we can keep going through…