How to Know if You Can Trust Someone

A clue to knowing whether you can trust someone is to pay attention to how they talk about people who aren't present. Keep away from people who are always criticizing and mocking other people, because they'll surely say the same things about you behind your back. Discover more factors in this article. 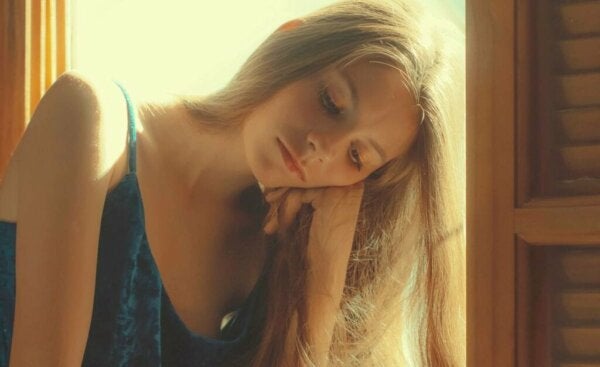 You may take for granted that you have a “sixth sense” that will help you always know whether you can trust someone. However, sometimes, that internal sensor fails miserably. Lies, and unexpected and incomprehensible betrayal and deception arise, leaving wounds that are hard to forget.

Friedrich Nietzsche once said that what often hurts more than the lies is knowing that it’ll be very difficult to trust that person again. They only need to let you down once for you to know that you’ll have to tread more carefully in the future.

Not only do you feel hurt by what they’ve done and their betrayal, but, for some strange reason, it’s also common that you’ll feel bad about yourself too.

Your mind can fill with questions such as “How could I have been so naïve?“, “How did I not see it coming?“, or “What’s wrong with me that I keep making these mistakes with other people?”

Before torturing yourself with these kinds of questions, you need to be clear about one thing. People are designed to trust each other; it’s an inherent biological characteristic, and that’s how the brain wants it too.

Trust is a human being’s social glue. If it didn’t exist, then we’d all be living our lives in a constant state of alert, expecting everyone around us to hurt us or let us down. Human beings need trust in order to live balanced lives, and living this way isn’t wrong. The only one in the wrong is the one who betrays.

Keys to knowing if I can trust someone

The only way to know whether you can trust someone is to deposit your trust in them. This advice might surprise you, but when it comes down to it, we’re almost forced to give something of ourselves to others in order to see how they’ll handle it.

Trust is a quid pro quo (a favor for a favor) – like a game in which you have to take risks at some point in order to build strong friendships and even happy relationships.

However, you must be prudent and cautious. The ideal thing would be to visualize trust as a chest full of precious treasures. When you know someone, it isn’t a good idea to dip into those treasures and start handing them out willy-nilly.

What you need to do is to start offering them small tidbits. Then, little by little, you can start to offer more and more, seeing how they react, how they act, and how they respond to certain experiences or situations.

Let’s have a look at some factors that can help you know whether you can trust someone.

According to a study conducted at New York University and Dartmouth College, the area of the brain in charge of assessing whether someone is reliable or not is the amygdala. After analyzing the face, it decides whether that person could be a potential danger, or if, on the contrary, they could be someone that may be worthwhile getting to know and striking up some sort of friendship.

Obviously, the brain can’t make a 100% reliable assessment through this mechanism. Our faces aren’t like QR codes capable of giving us a reliable reading of what’s behind them. Therefore, although it’s often a good idea to listen to your instincts and your sixth sense, it’s best to stick to objective facts. And that’s what we’re going to look at now.

Notice how they speak and treat others

If you want to know what someone’s like, then, as we mentioned above, observe how they talk about someone who isn’t there. There are people who, when they’re with us, don’t think twice about criticizing other people in their close circle (friends, family, or partner).

Those that don’t hesitate to criticize and discredit those who aren’t present, will surely do the same to you when they’re with other people who know you. Don’t forget to observe the way they treat other people, as it’s an obvious clue to their character.

Some people don’t only inspire confidence but are also reliable. They’re consistent with what they say and do, and with what they think and defend. They’re people who don’t usually change, whatever the circumstances.

They have clear values, which makes things easier because you know where you stand with them. They aren’t hypocritical with hidden interests; they’re genuine in all their behaviors and attitudes.

They remember your words, care, and don’t ask for anything in return

In order to know if you can trust someone, observe and see whether they think about you, care about you, and remember everything you tell them, whether they’re important things or not.

If they’re truly interested in you, then they’ll look out for both the big and small aspects of your life. If they can perceive these things and sincerely show it, then that person is someone worth trusting.

Here’s an interesting fact that’s worth taking into account. According to research, guilt-prone people have a strong sense of responsibility. Therefore, they’re very trustworthy. Let’s analyze this a bit more in order to understand it better.

In short, there’s plenty to keep in mind. If we pay attention to these factors, then we’ll always find valuable people we can deposit our most precious treasure on: trust.

Can You Be Too Trusting?
Has anyone ever accused you of being too trusting? Many people are under the impression that trusting other people is a bad thing. Read more »
Link copied!
Interesting Articles
Personality Psychology
The Differences Between Introverted and Highly Sensitive People