How Does the Mind of a Corrupt Person Work?

In the mind of a corrupt person, other people are either a means of gain, or an obstacle to it. They're people who don't feel part of humanity, but, rather, attempt to attack it. This behavior is due to their egocentricity and lack of perspective. 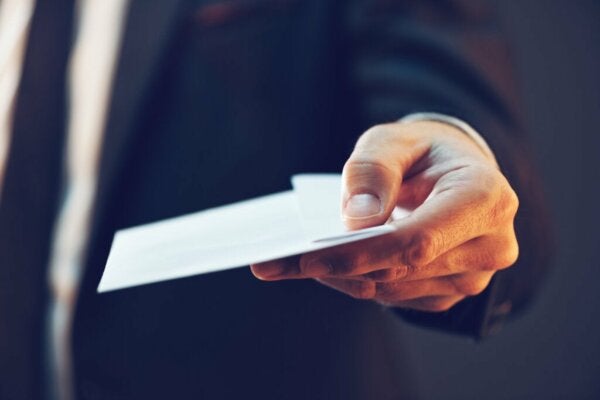 Strangely enough, the mind of a corrupt person isn’t a dark, indecipherable sewer. Facts show that many people we deem to be “successful” in all areas are corrupt on the inside. They’re even the types of people that many companies or political parties want on their board of directors because they have “that certain something” that lets them get away with things other people can’t.

Psychologist Jean Twenge, author of the book Generation Me, says that the minds of corrupt people are inhabited by a fascination about who they are. They’re people who “love to get to know themselves”. They’re very adaptive, specifically because of their lack of ethics. In addition to that, they’re also sought after in positions of power, especially during the last 40 years or so.

In the mind of a corrupt person, the insecurities that inhabit so many mortals just aren’t there; neither do they harbor pessimism. They triumph, in particular, because a kind of cult of the self has been consolidated in the past few decades. This makes their selfishness and lack of scruples somewhat tolerated.

“Corruption is a cancer that steals from the poor, eats away at governance and moral fiber, and destroys trust.”

According to psychologist Luis Fernández, professor of psychology at the University of Santiago de Compostela and author of the book Psychology of Corruption and the Corrupt, every human being is born with a seed of evil. He says that, if we’re given the opportunity, we’ll jump the rules without a problem. And if we reach a position of power, we’ll use it for our own personal gain.

However, it’s no less true that there’s a distance between that sort of psychological economy that leads us to seek the easiest paths and the lack of scruples that exist in the mind of a corrupt person.

It’s evident that we’re born without ethics. The only “ethics” at birth is that of satisfying our own needs and desires. There’s no reason to not use people as mere instruments for this purpose.

We form and cultivate ethics in accordance with intelligence and culture. Training leads to the understanding that we achieve more when we stop behaving egotistically and start working as part of a team. We learn this early on in life through games and family interaction.

From that moment on, it’s not that we don’t know that some actions are beneficial individually. It’s just that we simply learn to consider other people as part of the human landscape we inhabit. We understand that we need each other. Why? Because without the help of others we wouldn’t even have survived at birth, and we won’t be able to survive the vicissitudes of illness, old age, or any other kind of vulnerability.

The mind of a corrupt person

We don’t learn to adopt a constructive attitude towards others without the love and dedication of imperfect adults who are generous and understanding enough to convey the message of civilization to those around them. Ethics is something we learn in our minds, but it has strong roots in love and affection too.

In the mind of a corrupt person, there are no such references. They build their lives around fighting for what they consider to be vital to them – it’s like a fight for survival against the world. Breaking the rules is like a test for them to prove their skills, and they feel the need to do it time and time again. In fact, they turn it into a game, as taking advantage of others is a way of validating themselves.

Corrupt people don’t see any advantage in respecting other people; they consider them to be an obstacle. In fact, they don’t even have a concept of other people in their minds or hearts.

They desire power and money because that creates the illusion that they exert some sort of control over the world. They don’t care in the slightest that they have sycophants instead of friends or possessions instead of a meaning to life. Their goal is to prevail, even if it’s in a superfluous way.

The mind of a corrupt person is very adaptable and works perfectly as long as there’s a context in which they can break the norms. They create constant crises for their families, the companies where they work, and the society they live in. They don’t care. However, sooner or later, they’ll make a mistake, and that’ll be their downfall.

Corrupt people carry in themselves the germ of their own destruction; the belief that they’re invulnerable. Their egocentricity prevents them from making an objective evaluation of reality. This, sooner or later, will become a strategic error. It’s then when they’ll become the object of collective contempt and their loneliness will be evident to all.

The question that remains is why people tolerate corrupt people around them. The truth is that society often thinks it can’t do anything about them. However, even in these cases, sooner or later, this feeling of helplessness can turn into active indignation that can collectively set limits to what these types of people can achieve.