A study by the University of Toronto found that sleep disorders can have a huge impact on neurodegenerative diseases. 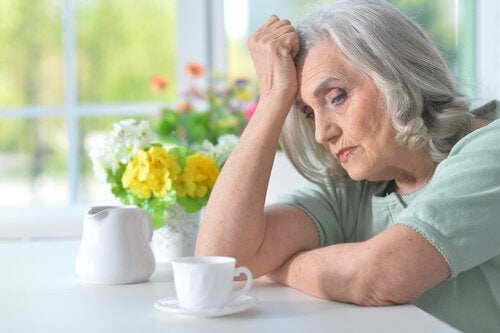 These conditions tend to worsen over time and are incurable. They may manifest due to a genetic component, a tumor, or a stroke. Also, these diseases are more common in people who drink a lot of alcohol or who are exposed to certain viruses and toxins.

From the 60s, scientists have been claiming that dreams occur in the REM stage and that the brainstem is a key area to controlling them. This part of the brain communicates with the hypothalamus to make the transition from wakefulness to sleep and vice versa.

Thus, the glutamatergic SubC cells (that regulate the transition between REM sleep and non-REM sleep) start a chain reaction. These cells got their name from the brain area they belong to: the subcoeruleus nucleus or SubC. The reaction causes the release of the GABA neurotransmitter, which at the same time reduces the level of activity in the hypothalamus and the brainstem. In fact, GABA neurons are in charge of controlling REM sleep and, particularly, muscle paralysis during deep sleep.

When these cells start to activate, there’s a quick transition to REM sleep. The brain stem sends signals so that the muscles relax and the limbs don’t move. With this in mind, researchers set out to analyze REM sleep disorders such as cataplexy, narcolepsy, and REM sleep behavior disorder.

People who suffer from REM sleep behavior disorder move their limbs or even get up from bed while they’re still dreaming. In fact, some patients may even talk or yell.

Doctors consider that this pathology makes sufferers become a danger to themselves or others around them. Sometimes, the negative consequences such as self-harm or harming the person they’re sleeping with, are warning signs for a diagnosis. The good news is that REM sleep behavior disorder is usually treatable.

During this stage, the brain’s electrical activity is similar to that of your brain when you’re awake. Although neurons in the brain during REM work similarly to when you’re awake, REM sleep includes a temporary muscle paralysis.

In some sleep disorders, like narcolepsy, parasomnia, or REM sleep behavior disorder, there’s almost no difference between the different stages. Experts believe that the “neurological barriers” that separate sleep stages don’t work properly, although the cause of these phenomena isn’t yet clear.

REM Sleep Disorders and Their Connection to Neurodegenerative Diseases

Researches made a very interesting discovery: REM sleep disorders are related to several neurodegenerative diseases that tend to manifest in older people. These findings suggest that the neurodegenerative processes initially affect the REM sleep circuits and, more specifically, the SubC neurons.

Also, they observed that more than 80% of people who suffer from REM sleep behavior disorder eventually develop synucleinopathies, such as Parkinson’s disease and Lewy body dementia (LBD).

This research suggests that sleep disorders can be an early sign of neurodegenerative diseases that could manifest 15 years later.

It’s also worth noting that both Parkinson’s disease and LBD are related to an abnormal intraneuronal accumulation of alpha-synuclein protein. That’s why researchers expect that the study of said protein will shine a light on which neuroprotective therapies would avoid neurodegenerative disease development.

Also, experts claim that just like with cancer-prone patients, the diagnosis for REM sleep disorders can lead to preventive actions to preserve neuronal health before more serious neurological conditions start to develop.