Opioid peptides get their name from the fact that they bind to the receptors involved with opiates. Read on to learn all about enkephalin! 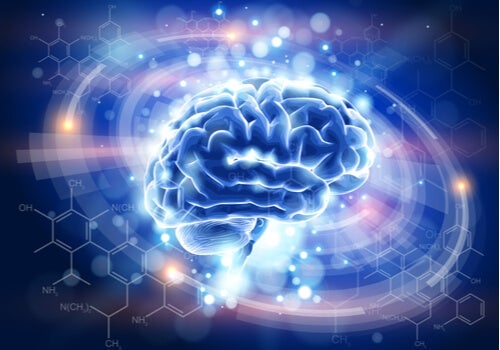 People have been studying the role of enkephalin in pain transmission for over three decades. Enkephalin is a hormone that acts as a neurotransmitter that allows neurons to communicate.

The discovery of opioid peptides and our recognition of how important they are to brain function, homeostasis, and neuroendocrine regulation was a major turning point in modern biology.

Our discovery that enkephalins in places such as the periaqueductal gray and the spinal cord backs up the idea that these parts of our bodies might play a role in pain-related sensory transmission.

How does the brain produce enkephalin?

Opioid peptides get that name because they bind to the same receptors as opiates. They also share some pharmaceutical properties with morphine, which is an opiate.

Enkephalin gets sent all over your brain. Still, most of the binding happens in the midbrain and thalamus. These are two of the regions where pain conducting pathways meet.

You’ll also learn that enkephalin is in the amygdala, which is involved with the proper functioning of the metabolism, mechanism of action, and main effects of enkephalin and endorphins on your body.

The amino acid sequence of enkephalin comes from long peptides, which it gets from your pituitary gland. The bigger peptides (endorphins), though, are also in our nerve cells themselves. Endorphins can actually be 12-100 times more active than enkephalin.

The mechanism of action of enkephalin

According to current research, this hormone causes a pre- and post-synaptic inhibition of the two pain transmitting fibers: group C and group A. Like opiates, enkephalin inhibits neural activity by reducing the permeability of sodium in your brain.

It can also cause prolonged changes to metabolism in your cells. It does that by:

Its effects on the central nervous system

This hormone can also affect your central nervous system in many ways:

Its effects on the cardiovascular system

Enkephalin doesn’t just play a role in your brain, though. It can also have an impact on your cardiovascular system, such as bradycardia (slow heart rate). It can also:

How often and how intensely this hormone stimulates the acupuncture points in your body also has a relationship with its effects on your central nervous system and cardiovascular system. For example:

The research definitely suggests that enkephalin has a big role in pain relief. At the end of the day, it’s a hormone that works in a very similar way to morphine, so that’s no surprise. This is a major discovery regarding the treatment of pain-related conditions.

Cortisol, the Stress Hormone
Cortisol is a hormone that acts as a neurotransmitter in our brain. It is considered to be the stress hormone by the scientific community. Read more »
Link copied!
Interesting Articles
Hormones
Vasopressin: The Anti-Diuretic Hormone

There's a lot of literature on meditation and its benefits. Although meditation was once a novelty brought from the East,…

Women have a lot more sex drive problems after menopause, as menopause seems to lower libido. Levels of estrogen drop…