Henri Ey made great contributions to psychiatry. He proposed a vision that included both neurology and psychoanalysis and promoted humanist psychiatry. However, over time, his legacy was largely obscured by the developments in American psychiatry. 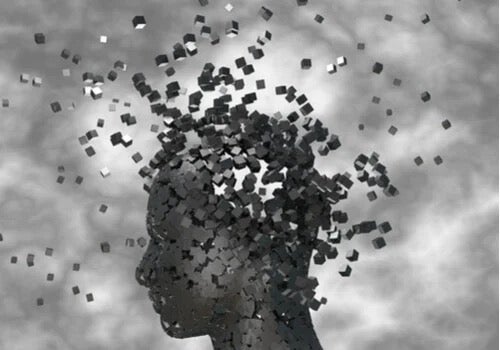 Henri Ey created the approach to psychiatry known as organodynamics. He intended this approach to be a synthesis of organicism and psychoanalytic dynamics. In other words, it considers that mental illnesses are due to both biological and psychic factors.

Those who knew Ey said he was a very warm man with excellent manners. He loved good food, cigars, and bullfighting. Furthermore, he’s as important in the field of French psychiatry as Jacques Lacan is in the field of psychoanalysis.

“The use of neuroleptics never allows, therefore, to set aside the psychotherapeutic relationship that should accompany all biological therapeutics in psychiatry.”

The early years of Henri Ey

Henri Ey was born in a small village in the south of France called Banyuls-dels-Aspres on August 10, 1900. In fact, he spent his entire childhood and adolescence there. He came from a family of winegrowers and maintained a great deal of affection for his birthplace. Ey was influenced by both French and Spanish cultures.

Ey was interested in the human mind from an early age. Apparently, one of his earliest memories was of a man they called “the madman”. Ey was both afraid and fascinated at the same time. In fact, he saw this particular figure as a bit of an enigma that he’d try to decipher for the rest of his life.

Ey decided to study medicine. For this reason, he moved to Toulouse. He obtained his medical degree in 1923. He was attracted to many courses at the Sorbonne as well as the bohemian life of the Latin Quarter. Flitting between the two, he managed to earn a bachelor’s degree in philosophy.

For ten tears after he graduated, Ey served as an intern at the psychiatric hospital La Seine in Paris. In addition, he worked with Guiraud, Marie, and Capgras.

In 1931, he started to work in the famous Sainte-Anne psychiatric hospital. There, he became the disciple of the famous Henri Claude. Claude was the chair of the department of mental and brain diseases. In fact, he was the first to open the hospital doors to the pioneers of psychoanalysis in France. Claude appointed Ey head of the clinic.

Ey also met somebody there who was to become a dear friend, even though their ideas often clashed. This was Jacques Lacan. At this particular time, the hospital of Sainte-Ann became a place for great debate. Furthermore, it became the cradle for many new clinical and research practices.

Bonneval and a new stage

By 1933, Henri Ey had been appointed psychiatric director of the Bonneval Hospital. This was in the beautiful region of the Loire Valley. In fact, he worked there for the next 38 years. This was an institution with the capacity to house 380 female patients. In fact, it was there that Ey produced most of his written work.

In 1945, Ey created the journal Évolution psychiatrique. In this journal, he circulated his thesis regarding the practice of psychiatry. Ey founded the World Psychiatric Association in 1950. He organized some fabulous conferences. In fact, he brought together various experts and researchers from many different areas of mental health.

Henri Ey shaped a new approach to mental illness. As well as the psychoanalytic approach, he also accommodated John Hughlings Jackson’s thesis into his perspective. Jackson was one of the most prominent figures in neurology. In fact, organodynamicism stemmed from this amalgam of theories.

Ey was convinced that psychiatry and neurology should be combined. He also wanted to integrate psychoanalysis into this perspective to obtain a holistic approach. Based on his findings, he opposed antipsychiatry. He also opposed Michel Foucault’s thesis.

The psychiatric association that Ey founded was ultimately absorbed into its American counterpart. Today, it remains the World Psychiatric Association (WPA). However, Ey’s intellectual approach was lost and was replaced by an exclusively pharmacological approach. Henri Ey died on November 8, 1977, in the same village in which he was born.

Beyond Freud – Psychoanalysis Schools and Authors
Freud wasn't the first person to actively listen to people with psychological problems, but his theory of psychoanalysis was revolutionary. Who came after? Read more »
Link copied!
Interesting Articles
Biographies
Oriana Fallaci, Biography of a Witness

Alfred Binet was a French psychologist. He developed the first intelligence test. In fact, we still widely use these tests…