Eugen Bleuler: A Pioneer on Schizophrenia

Eugen Bleuler was a Swiss psychiatrist that coined the term "schizophrenia". Thanks to his work, studies on schizophrenia reached a new high. What was his work all about? 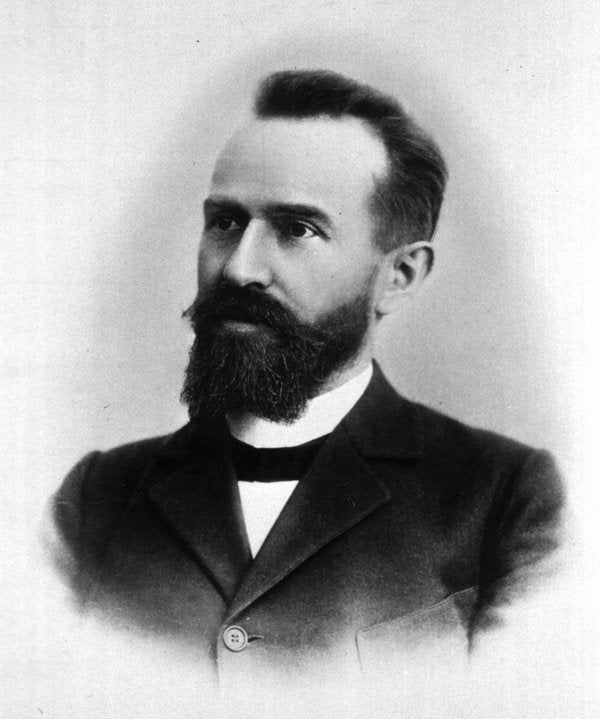 Eugen Bleuler was born in 1857 in Zurich. Throughout his professional career, he made countless contributions to psychology. This is why it’s important to learn about the life of this psychiatrist and some of his more renowned and accomplished works.

Before you start learning about Eugen Bleuler, it’s worth noting the influence Freud had on him. Freud’s work captivated Bleuler so much that it became the foundation of his work. Later on, you’ll understand the influence he had on Bleuler’s studies.

As mentioned in the article “Paul Eugen Bleuler and the origin of the term schizophrenia”, it was in Zurich where the psychiatrist began his studies on medicine. After working as a medical psychiatrist, Bleuler lived in Paris, London, and Munich to continue his research in psychology.

In Munich, he worked in a laboratory until 1885, the year he became a medical assistant in Burghölzli. A year later, with just 29 years old, he became the director of the Rheinau Psychiatric Hospital. After this excellent start of his professional career, and exactly 12 years later, he became a lecturer at the University of Zurich.

However, even though Bleuler seemed to be fixated on Freud’s studies, he was very careful about what he read. Eugen Bleuler felt uneasy about some of Freud’s concepts, such as libido.

“Here libido and ego-interest share the same fate and have once more become indistinguishable from each other. The familiar egoism of the sick person covers them both.”

Therefore, even when he greatly admired Freud and used the concepts of psychoanalysis to discover great answers of his one, Bleuler disagreed on many of his concepts.

According to the article “Paul Eugen Bleuler and the Birth of Schizophrenia (1908)“, Eugen first coined the term in April 1908. This was possible thanks to some concepts taken from Sigmund Freud and psychoanalysis.

Besides, he echoed the concept of dementia already coined by Kraepelin. However, Eugen Bleuler realized that this term referred to one of the symptoms of schizophrenia.

After investigating the subject thoroughly, he concluded that some people suffer from a split in their though process. Using the Greek language, he used the words skhízō (split) and phrḗn (mind) and created the term schizophrenia.

The subtypes of schizophrenia

Once he coined the term, Eugen Bleuler kept researching this disease and, leaning on the research Kraepelin did on dementia, he concluded that schizophrenia has different subtypes: paranoid, disorganized, and catatonic. All of these subtypes had already been established by Kraepelin, but Bleuler had some theories of his own. Kraepelin’s dementia wasn’t always part of progressive deterioration, it didn’t happen early on, and its subtypes weren’t exclusive.

Because of this, Bleuler did his research to coin a new concept that fitted more with what he had learned. Thus, nowadays, this term is clearer thanks to the work this psychiatrist did.

It’s worth noting the concept of eugenic sterilization. This was a process done to sterilize people with schizophrenia. It was done to avoid children from inheriting this disorder.

Nowadays, schizophrenia isn’t considered a hereditary disease. Just because someone in the family had it, doesn’t mean other members of the family will too. However, in Bleuler’s lifetime, there were few studies about schizophrenia and research was just starting.

Eugen Bleuler paved the way to investigating a disease that affects more than 21 million people today, according to the World Health Organization (WHO). He did an incredible job and, even though there are still many things to learn, he made valuable breakthroughs.

How Is Integrated Psychological Therapy Used in Schizophrenia?
In this article, we'll put forward the case for integrated psychological therapy as an effective treatment for schizophrenia. Read more »
Link copied!
Interesting Articles
Biographies
Martin Luther King Jr. and His Quest for Civil Rights