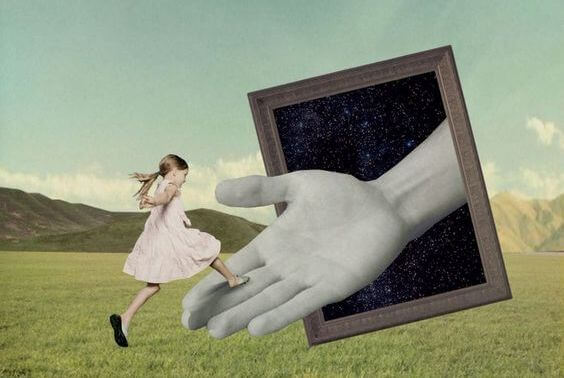 In a world where the priority is always to be on time, it might be disturbing for a child to start playing in a puddle. Then again, it’s easy for any childish behavior to favor the mass diagnosis of annoying children.

We have said it many times: there is no such thing as a difficult child. The difficult thing is to be a child in this world. A world full of people who are tired, busy, impatient and in a hurry. The normal thing is for a child to run around, scream, fly, experiment and make his environment a personal theme park. At least in the earliest stages, the normal thing is for a child to express himself just as he is and not like adults would like him to be.

However, there are adults who don’t know how to enjoy a child and, therefore, educate children to be more similar to a flowerpot than an infant. Obviously, this “mass worrying” over disruptive and inattentive behaviors in a child generates a mass diagnosis in child and adolescent mental health services.

The increase in diagnoses of ADHD at a global level has set off alarms in the sectors linked with childhood and adolescence. The true existence of Attention Deficit Hyperactivity Disorder (ADHD) is very questionable, at least how it is currently conceived.

Thus, nowadays several diverse cases accumulate in mounds, going from neurological problems to behavioral problems or lack of resources and skills to manage their environment.

**The specialized reader will be pleased to know that the diagnosis of ADHD or its equivalent in other classifications is four times higher if the DMS-IV is used rather than the CIE-10. This gives an idea of how speculative the diagnosis of this “ailment” seems to be.

Not by coincidence, from the 1990’s, the prescription of psycho-stimulants has skyrocketed. This includes countries like Spain (where the consumption has multiplied by 20). Also, the United States, which is the biggest consumer worldwide. It has multiplied its consumption only by four.

When we refer to psycho-stimulants, we are specially referring to methylfedinate (MTA). This substance has a chemical structure similar to amphetamines. It’s the one most frequently used worldwide for the treatment of ADHD.

In order to evaluate the good (or bad) link between psycho-stimulants and the improvement of so-called ADHD diagnosed in troublesome children, a variety of studies have been conducted. These studies have been of dubious rigor. Yet, they have tilted the scoreboard in favor of the use of medication (such as with MTA).

The subsequent statement of its coordinator, Peter S. Jensen, is not as widely known. It’s a shame, because in it he admits to having received off-record honorary fees. These from many multinational pharmaceutical companies who sell psycho-stimulants in the USA.

Nevertheless, our objective here is not to delve into this matter. Instead, we will favor certain arguments which make us turn a distrustful eye on a worrisome habit: the use and abuse of psycho-stimulants on children.

You must know that psycho-stimulants have been used for centuries. To reduce fatigue, increase physical and intellectual performance and improve people’s mood. Coffee, tea, tobacco, cocaine… These are natural elements with a long history of use (and abuse) as a means to stimulate the body.

Let’s take a bit of a historical leap, which would justify the link between medicating with psycho-stimulants and the occurrence of ADHD.  You should know that amphetamines are completely banned in countries such as Spain. However, there is a type of amphetamine- lisdenamphetamine-  which is administered for the treatment of children and adolescents with ADHD.

This leads us to wonder how it’s even possible. How is psycho-stimulating medication of this kind allowed and prescribed with such regularity? In the short term, this treatment reduced the very symptoms of ADHD in about 70% of cases. However, the effects of psycho-stimulants are identical in children who have been diagnosed and in children who haven’t. This suggest that they don’t produce a specific effect.

This effect is also not long-lasting, because a chronification of certain problems has been observed. The long term effects of psycho-stimulants in the young brain are highly worrisome. It will be years until we truly learn what we’re doing to our children and what ADHD truly is.

**This book is highly recommended: Going Back to Normality. The Invention of ADHD and Childhood Bipolar Disorder. By: Fernando García De Vinuesa, Héctor González Pardo and Marino Pérez Álvarez

Psychology
The Magic of Keeping Everything in Order

People often say that order is the pleasure of reason, and disorder the delight of imagination. For the Japanese, the…

Psychology
If You Don't Like the Effect, Don't Provoke the Cause

If you want me to listen to you, don't shout at me. If you want my respect, be considerate to…

Psychology
Life Is Not About Rewards and Punishments, But There Are Consequences

Our actions, even our thoughts, have consequences. Accepting this is what will allow us to take control of our lives with…

Psychology
There Are Doors It Is Better To Close Forever

Does this ring a bell? To not just leave a relationship all at once, but rather remain in no-decision mode…