Do You Have a Healthy Self-Esteem? 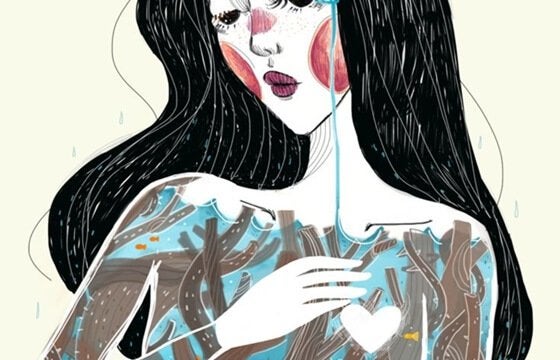 Self-esteem is closely related to the subjective assessment we make of ourselves. A healthy self-esteem will always generate a positive well-being, while at its lowest levels it can send us into depression. That is why it is so important to take care of it and evaluate it, simply because it is something that fluctuates so much. One of the tools that we can find in psychology and that will help us achieve this goal is Rosenberg’s Scale of Self-Esteem.

This scale is short, fast, reliable and has great validity. So much so that it is one of the most widely used tools that psychologists use to assess people’s self-esteem. It is also frequently used when you want to measure this variable in a research context.

Rosenberg‘s Scale of Self-Esteem and its implementation

Rosenberg’s Scale of Self-Esteem owes its name to its creator, Morris Rosenberg, a professor and doctor in sociology who devoted several years of his life to the study of self-esteem and self-concept. He presented the initial proposal of the Scale in his book: Society and the Adolescent’s Self-Image.

The Scale of Morris Rosenberg consists of 10 statements that revolve around how much or how little the person values himself, as well as how satisfied he is with himself. The first 5 statements are formulated positively, the remaining 5 in a negative way.

These are the statements:

1. I feel that I am a person worthy of appreciation, at least as much as others.

2. I feel that I have positive qualities.

3. In general, I tend to think that I am a failure.

4. I am able to do things as well as most other people can.

6. I adopt a positive attitude towards myself.

7. Overall, I feel satisfied with myself.

8. I would like to have more respect for myself.

10. Sometimes I think I’m good for nothing.

The positive statements (1,2,4,6,7) and the negative ones (3,5,8,9,10) are mixed. The result of their score allows us to get an idea of the condition of the respondent’s self-esteem. A lower score than 15 would indicate a very low self-esteem, suggesting that it is something that should be worked on.

A score between 15 and 25 points would indicate a healthy self-esteem, and falls within the parameters of what is considered “balanced”. A score higher than 25 would show a strong and sound person. Such a high score, however, could also indicate problems in how the person sees of reality, and could highlight people who are too complacent with themselves. The ideal score would range between 15 and 25 points.

The most relevant findings of Rosenberg’s Scale of Self-Esteem

Rosenberg’s Scale of Self-Esteem, although originally intended only for teenagers, was later adapted to adults. This allowed them to evaluate whole populations and even different cultures, which gave rise to very interesting findings.

One of these findings revealed that people living in individualistic societies, for example the United States, feel very competent but less satisfied with themselves. The same doesn’t happen in places like Japan. There you find a collectivism which makes satisfaction with oneself higher, but a lower feeling of competence.

Despite all these discoveries, Rosenberg’s Scale of Self-Esteem revealed that all people, be they men or women, children or adults, tend to evaluate themselves in a positive way. Of course, we have to ask whether if this is because many people are ashamed to admit their shortcomings – the things that make them feel bad – or because they are not able to recognize it.

“Learn to respect and love yourself, because you’re going to have yourself for company for the rest of your life”

Do you have a healthy self-esteem?

The scale of Rosenberg survives to this day to solve a common difficulty in psychology – being able to measure certain variables that influence our behavior, thoughts and emotions. Its development and survival reminds us of the importance of monitoring our own self-esteem, taking care of it and always trying to keep it at a level that helps us rather than hindering us. A healthy self-esteem is one of the pillars of well-being, and at the same time the key to feeling happy and at ease in the different areas of our life. So, do you fancy taking the test and discovering how much you value yourself?

Self-esteem
Improving Self-Esteem: How Is It Possible?

Improving self-esteem is a goal we could all adopt as our own. As we grow, we build our identity and…

Self-esteem
How to Improve Your Self-esteem After a Breakup

Breaking up is one of the most stressful situations a person can experience. It implies adapting to a new lifestyle without…