Did you know that your intestines have their own nervous system that communicates with the brain? As a result of this link, researchers have begun investigating the relationship between microorganisms in the intestines and pathologies such as addictions. 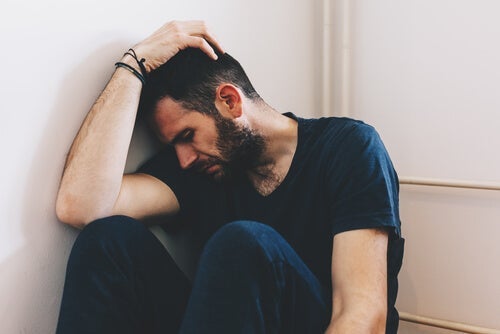 Due to the huge number of contributing factors, addictions are often a very difficult type of disorder to treat. As such, research into the different mechanisms and possible treatment options is still ongoing. Today, we know a lot more about the different factors that can trigger addictions, including the role of gut microbiota in detox and withdrawal.

Microbiota are microbes that live in the mouth, vagina, skin, and gut. Scientists have already connected this ecosystem with a number of other pathologies, such as autism, Parkinson’s disease, anxiety, and schizophrenia. In fact, it seems to also play a role in the development of addictions.

Today, we know that the digestive tract has its own nervous system, the enteric nervous system, which consists of more than 500 million neurons. It communicates with the central nervous system (CNS) and contributes to brain balance and brain function.

Communication between these two systems is dynamic and bidirectional. This means that gut microbiota can modify the neural activity of the brain, and vice versa. However, because the brain is protected by the blood-brain barrier, this influence isn’t direct. The intestinal neurotransmitters act through the cells of the intestinal wall, allowing them to communicate with the CNS.

Experts have found that the enteric nervous system is able to produce a large proportion of the neurotransmitters in our bodies, including dopamine, GABA, and serotonin.

Substance addictions occur because they activate the brain’s reward center, stimulating the secretion of neurotransmitters, especially dopamine. This produces a really pleasant sensation, which the brain quickly gets used to. As a result, it requires higher and higher doses, more and more frequently.

As we mentioned earlier, we now know that the enteric nervous system also produces neurotransmitters such as dopamine, and that, when there’s an imbalance in the gut microbiota, it can lead to the development of various different pathologies. This can then leave this ecosystem susceptible to addictions, with rather dramatic results.

In 2014, researchers published a study analyzing the relationship between intestinal bacteria and alcohol addiction. To do this, researchers tried to determine if there had been an alteration in the intestinal permeability and gut microbiota of people suffering from alcoholism, and whether it was related to their alcohol dependency.

In addition, researchers noticed changes in both the composition of the microbiota and their activity levels. They concluded that, when it comes to alcohol addiction, gut microbiota plays a key role and can increase the risk of relapse.

Experts have also looked into the relationship between food addictions and microbiota, by analyzing the feces of healthy people, along with their BMI and brain images. To do this, they focused on metabolites, which are produced during the breakdown of tryptophan, an amino acid present in many foods. After breaking down, it transforms into serotonin. Thus, it has a huge influence on mood and behavior.

This process has two implications. Firstly, once tryptophan has been broken down by the intestinal bacteria, it then leaves the body in fecal matter. Secondly, during the degradation process, tryptophan is converted to indole, a metabolite involved in the gut-brain axis.

Researchers found that indole was related to a higher degree of obesity and an uncontrolled food intake. This is possibly due to its influence on the brain’s reward center, specifically on circuits related to the amygdala.

These findings provide a different perspective on addiction, as well as new possible treatment options. Experts hope that restoring the balance of the intestinal floral could help relieve some key aspects of addiction.

For example, some researchers propose altering intestinal hormones. Others, on the other hand, proposed treatments that, although very simple and often used in traditional Chinese medicine, can be very effective.

This includes options such as the fecal microbiota transplant. This procedure basically consists of performing a fecal transplant, during which doctors transfer microorganisms from a healthy donor to the intestines of a recipient.

So far, this treatment has only proven effective in treating chronic colitis. Its use in treating other pathologies is, for the moment at least, only theoretical. However, scientists continue to investigate the role of gut microbiota in addiction and other diseases, in the hope of finding new future treatment options.

Brain Microbiome: Gut Bacteria in the Human Brain
A recent report showed how some gut bacteria lives in different regions of the brain, which seems to be the brain microbiome. Read more »
Link copied!
Interesting Articles
Illnesses
Sleep Apnea in Women