Read all about Gustave Le Bon in this article! 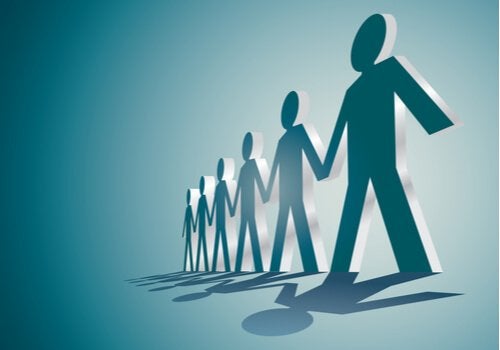 Gustave Le Bon was born in Nogent-le Rotrou, France, on May 7th, 1841. Although he trained to become a doctor, he devoted much of his life to studying sociology, psychology, physics, and anthropology.

He was a military doctor during the Franco-Prussian War and his first investigations were on physiology. Afterward, he focused on archeology and anthropology.

In fact, the French government sent him to the East as an archaeologist. He visited many countries in that area of the world. Also, he traveled extensively throughout Europe and Africa. A series of books emerged from his research and observations, the most famous one being Psychologie des Foules (The Crowd: A Study of the Popular Mind).

A lot of Gustave Le Bon’s work justifies the colonialism of European powers. His main argument for it was the erroneous belief that there are superior races.

Le Bon believed in geographic determinism. Basically, he argued that only under certain geographical conditions could men and women become truly intelligent, beautiful, and morally developed. Of course, only Europe and the superior race that inhabited it, the Aryans, had the perfect conditions.

“The masses have never thirsted after truth. They turn aside from evidence that is not to their taste, preferring to deify error, if error seduce them. Whoever can supply them with illusions is easily their master; whoever attempts to destroy their illusions is always their victim.”

Gustave Le Bon was convinced that each race was a separate species. Of course, he also believed that there were superior and inferior races.

The Crowd: A Study of the Popular Mind

Gustave Le Bon is particularly famous for his book The Crowd: A Study of the Popular Mind. His basic approach was that human beings collectively develop behaviors that they would never develop individually. In other words, groups have a determining influence on individuals.

He pointed out that the main reasons why individuals lose themselves within a group are:

It’s worth noting that Sigmund Freud dedicated an entire book (Group Psychology and the Analysis of the Ego) to questioning Gustave Le Bon’s The Crowd: A Study of the Popular Mind.

Although Gustave Le Bon defined himself as a Democrat, the truth is that his proposals strongly encouraged Nazi ideology, fascism, and all the ideologies that stemmed from it. Ultimately, Le Bon argued that the masses were a servile herd and that, therefore, they couldn’t exist without a master. He pointed out that this master or leader should be someone with a strong personality, very defined beliefs, and a powerful will.

Gustave Le Bon died in 1931. He probably never imagined that his beliefs would encourage the Nazi Holocaust and much less that his own country, France, would be discriminated against by the Aryans.

What does it mean to be a leader? One of the questions social psychology wants an answer to is why people follow them. In the classic study of leadership, people look…