Grandchildren: A Legacy of Love 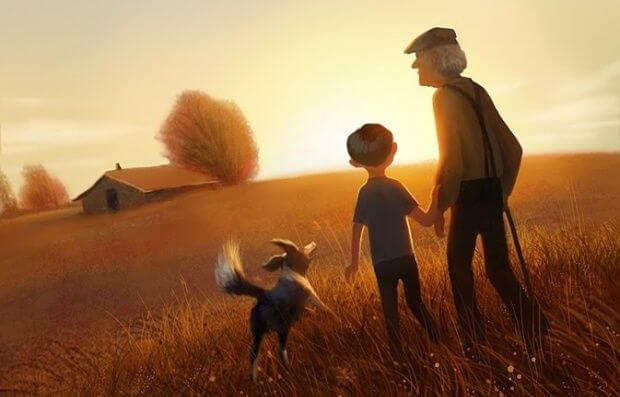 They say that when your first grandchildren arrive, you find out what true love really is. It’s a bond that goes deeper than blood; it’s the union of two generations that will leave a lasting emotional mark, because there’s nothing more satisfying than being a grandchild, and then later in life, being a grandparent.

With the arrival of these new family members, the relationship between parents and children changes: if it was wonderful to be a mom at first, later, the satisfaction will increase when you become the mother of a mother or the father of a father. It’s another stage in the life cycle that’s enriching to everyone, where differences shrink and ties are strengthened.

The union of two distant generations is sometimes more intense and special than that of closer generations. Roles are relaxed and a unique language is established, one of mutual understanding, of the love that permeates afternoon snacks and bedtime stories.

The arrival of grandchildren and the creation of new bonds

Among every grandparent, parent, and grandchild, an interesting generational story-line is formed in which each member must have a defined position. These days, we all know that grandparents are fundamental to the well-being of their grandchildren, but there’s always the question of whether they, too, have an obligation to raise the children.

In a community, we’re all ultimately responsible for the education of the coming generations, starting with parents, then school, then even the media. However, grandparents have already completed the responsibility of raising their own children, and now, with their grandchildren, they deserve a more relaxed role based on care and emotional legacy.

There’s no better place to relax and dream than in the lap of our grandparents. They are our vitamins. They are a bundle of years and gray hair that has an inner child, just like us.

According to a study done by the University of Oxford, grandparents have vital responsibility in the daily lives of their grandchildren. The Spanish Ministry of Health and Social Policy arrived at the same conclusion, going one step further and considering them to be fundamental players in the functioning of the country.

The role of grandparents in today’s society

Nowadays, grandparents are built up as important figures of society. Life expectancy has increased, and in most homes, both fathers and mothers work, while the care of the children falls on the grandparents.

It’s been demonstrated that children’s psychological well-being is much stronger the more their grandparents participate in their lives.

Grandparents are also essential in homes with divorced or unemployed parents. The emotional and economic support that parents give their children is reflected positively in children. Grandparents rise up as significant, positive figures in these cases.

The importance of grandchildren in the lives of grandparents

Through their grandchildren, not only do grandparents achieve continuity and transcendence, but they also see their own lives change within their generational position.

Aging shouldn’t only be defined by the material achievements that a person has made throughout their life. The process of aging wisely involves understanding that the most important things in life are the bonds that we create, valuing the emotional richness that will stay with us when they are no longer here.

A grandparent’s greatest legacy is gratitude

Teaching children to be thankful for everything that they have is one of the best legacies a grandparent can leave behind. Curiously, the biggest criticism of elderly people is that they give children too many gifts. They secretly give them money and special sweets on normal days.

Grandparents are wise, and they know that the best legacy they can give to new generations is an emotional footprint.

Offering gratitude is a wonderful way to teach the appreciation of others. It’s letting children learn to appreciate the value of things and see the world more respectfully.

Gratitude is also letting the world move a little slower; understanding that everything has its patterns, rhythms, and principles; and knowing that getting what you want right away is not always possible or recommended.

Another essential aspect of being grateful is learning to value what’s truly important in our lives. If children understand this at an early age, we’ll help them grow to be mature and wise.

My grandfather has the wisdom of an old wolf. His wrinkles tell a thousand stories, but his eyes are like the eyes of a child, a child who will never give up and who enjoys being my best friend.

Wellness
I’d Really Love To Not Think About You

I sit in this bar and ask myself how much I would be willing to pay to forget. I don’t…

Personal Development
If I Believe in Myself, I'll Never Stop Growing

Wellness
How to Rediscover Your Inner Child

Growing up and becoming an adult does not just mean getting old and accumulating years, seeing a wrinkle on your…

Infidelity is the responsibility of both the person who is unfaithful, and the person subjected to infidelity. Because, once the act…

At certain times in our lives, we may find ourselves blocked on an emotional level and unsure of how to express what we are feeling. We may not even be…