Good People Don't Change Because They Think With Their Heart 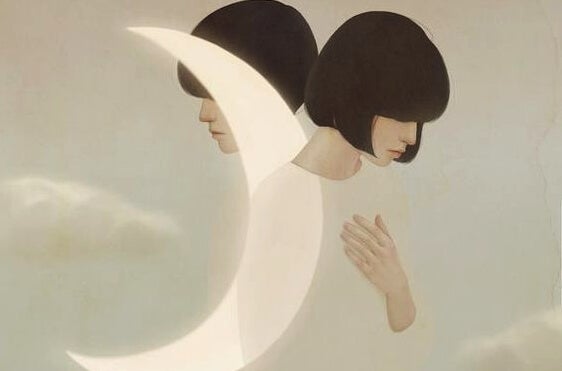 Bad things happen to good people too. That is because destiny is not arbitrary, the blind world and egotism are sometimes very connected. However, noble people never renounce their roots despite deceptions, because those who think with their heart do not understand slights nor cold reasoning.

We all know people who fit this profile. Furthermore, each time we see a noble act, of disinterested altruism or heroism, most of us feel inspired or even reconciled with the world. Something very similar to this happened just days ago, in the sad attack that occurred in the heart of London on the 22nd of March.

“An ounce of kindness is worth more than a ton of intelligence.”
-Alejandro Jodorowsky

Tobias Ellwood, Parliamentary sub-secretary of the Ministry of External Relations, did not hesitate leaving Westminster Parliament despite urgings not to. He wanted to help. During several minutes he did whatever he could to save the life of a wounded police officer, covering him and giving him CPR until the helicopter arrived. But it wasn’t to be. His gestures of helplessness and desperation at not being able to save him went viral all around the world.

We can all empathize with his pain. The following day, the entire political spectrum praised his ability to react in the face of tragedy and his determination that went far beyond the fear, alarm or indecision, which made it possible for him to act with the determination of someone who is eager to help, who above all puts others first.

What is Better? To Feel Good or Do Good?

This question can sound a little strange: What could be better?  Invest in our own well-being or give priority to a stranger’s well-being? It is possible that many of our readers may say to themselves that the answer is simple, being that something so simple such as doing good will revert to our own equilibrium and personal satisfaction. Yet, this conclusion is not as clear to the experts. In fact, this very idea has intrigued specialists on human behavior for many years.

What the Studies Tell Us

Researchers at UCLA (University of California) carried out an interesting study where they concluded that there exist two vital purposes within a human being, and each one has biological implications.

Here are the facts:

Furthermore, on the psychological level, their profile showed them to have strong convictions. It did not matter how many times life knocked them down, how many times they were deceived or how many losses they suffered. They kept thinking with their heart, kept prioritizing others and trusting in the nobility of human beings.

For their part, hedonic individuals demonstrated a lower number of antibodies, a weaker immune system and a more erratic personality, volatile and changeable.

Despite Everything, Thinking and Acting with the Heart is Worth the Effort and Worth the Happiness

It is highly likely that a lot of us have gone through a period of time where our vital force was purely hedonic. Far from seeing it clearly as an egotistical act, we have understood it as just another opportunity for personal growth. Sometimes, we are simply explorers. We want to experiment, embrace life, inhale it, get gratification and consume it in large bites.

“The only symbol of superiority that I know is kindness.”

However, little by little we climb the pyramid of our own needs until we understand that we are all interconnected, a marvelous and complex network interrelated where our acts revert to others. Doing good, acting from the heart is contributing harmony to the chaos, it is a beacon in the darkness of disaster, just as it was done by parliamentarian Ellwood who tried to save the life of Keith Palmer, the police officer who was stabbed by the terrorist.

Whether we believe it or not, being a good person does not mean we have to be heroes, does not require us to put ourselves in risky situations for others, nor does it ask us to try and win over all of humanity. Good people happen every day, it is discreet but bright, silent but happy, humble but immense, like our own heart.

Let us sow kindness and respect in our every day acts, let’s set our sights on the small things. That way, when the opportunity presents itself to make big changes the inertia we have created will help us. It is on the horizon of daily work where the eudaemonic well-being is far above simple hedonism and where we can be that source of inspiration that is contagious to the world.

Through the HTP personality test, you can analyze certain personality features, inner conflicts, and your perception of yourself, or in other words, characteristics…