Get Out: A Sublime Mix of Comedy and Horror

Get Out was a movie that surprised everyone with its success and its unusual mix of comedy and horror. 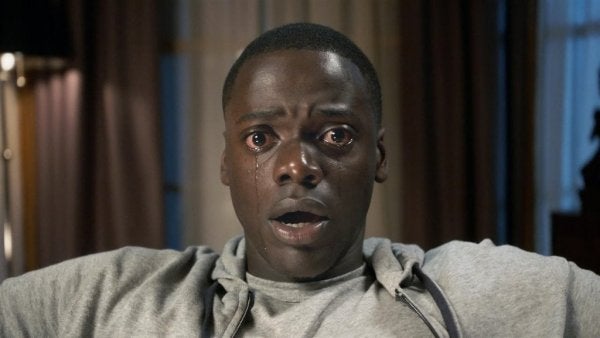 The movie Get Out took everyone by surprise with its success. Filmmaker Jordan Peele – half of the popular duo Key & Peele – began to make a name for himself beyond his fame as a YouTuber. On their channel, Key & Peele devote themselves to producing social and political commentaries.

Get Out, Peele’s first feature film, received rave reviews. The movie, a curious mixture of satire and horror, centers on racism in American society.

The film tells the story of a young black man named Chris who’s about to visit his girlfriend’s family for the first time. Chris’s girlfriend is a smart and beautiful young woman who’s “very white”. He worries that their interracial relationship may be a problem for her family. However, that’s the least of his worries, as Chris is about to discover the sinister secret that his girlfriend is hiding.

The movie Get Out tells a very chilling story but also includes several very humorous scenes. This is the reason why critics have discussed the genre the film actually belongs to.

On the one hand, it’s true that the film is a satire on the racism that still exists in today’s society. On the other hand, Get Out touches on some of the more difficult elements of culture, such as discrimination and also violence against ethnic minorities.

Get Out competed in various film festivals under the category of comedy. Despite this, many critics argue that the film could have won awards in the dramatic feature film category. After all, it truly is a horror movie in many ways.

The discussion about whether this film fits into the drama or comedy categories has fueled other debates too. Some film critics wonder whether it’s maybe time for a change. They suggest that a new category should be created to group movies with a combination of strong dramatic content, but also lighter humorous scenes. The director, Peele, aware of the controversy, stated on Twitter that Get Out is “a documentary”.

Get Out was a total success

As well as people not knowing whether it’s a comedy or horror film, the success of the movie Get Out is also surprising because it was the young director’s first feature film.

The movie raised more than $30 million on its first weekend. This figure is even more surprising when you take into account that the movie doesn’t have any well-known actors.

Get Out has been acclaimed by film critics and the public as well. On the popular Rotten Tomatoes web site, it got a 99% approval score. Peele has been praised by everyone who’s seen it, and quite justifiably so.

It touches on racial stereotypes in the United States in a refreshingly new way. The number of clichés and racial problems referred to in the film is surprising. They range from the often taboo subject of interracial relationships, slave trade, suburban racism, and police violence.

What causes the chills in Get Out?

The film isn’t the first to address racial issues from a horror standpoint. In 2012, a film called Iron Sky premiered. This is a film all about the hidden plan of the Nazis to eliminate all black races after annihilating the Jews. However, Get Out is much more chilling for one simple reason: it’s much closer to today’s reality.

The Nazis are a distant reality for most of us, whereas Get Out gives us characters that can be found in our day to day lives. The main character is an intelligent, chatty student with a kind smile. Her mother is a psychiatrist, while her husband is a doctor. Everyone seems to have normal lives, with no hint of the behind-the-scenes horror. This is, perhaps, the scariest aspect of the entire movie.

Being black in a white society

The villains of Get Out aren’t Nazis with German military uniforms. They aren’t even skinhead Nazis with leather jackets. Nor are they the new alternative right, a movement that has gradually grown in the United States. The villains of the movie are a quiet-looking middle-aged couple.

There are several scenes of “routine” violence against colored people. The type of violence that Peele brings us – represented by the two middle-aged white professionals – is a very real one for colored people. The small scenarios of racism carried out by those who call themselves “inclusive” are what make this film a true masterpiece.

Get Out really has managed to capture what it means to be black in a white society. The director has successfully shown the three ways in which black skin is observed and appreciated: with fascination, fetishism, and fear.