The Revolt of the Comuneros: The Defeat of Freedom

Read all about the Revolt of the Comuneros in this article! 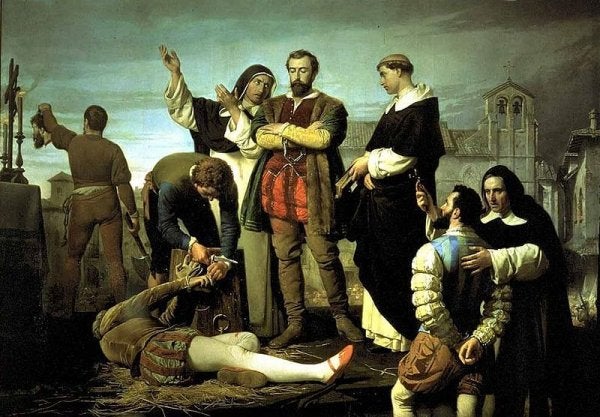 Taxes are never voluntary, everyone knows that. There was a time in Spain when in order to approve them, the king required the consent of different courts and assemblies. The most powerful of all were the Castilians since all the representatives of the main cities of the kingdom would turn to them. Soon enough, these limiting institutions of royal power became a burden to the monarchs, who they sought to monopolize the entire kingdom in their hands. That being said, the comuneros were the last defenders of this status quo.

Perhaps the powers of the Cortes of Castile were anachronistic for a kingdom that was already extending to the other side of the globe. In any case, as any loss of freedom, it came with blood and fire.

The Spark of Rebellion

In 1517, Prince Charles, who was of Flemish origin, disembarked in Asturias to occupy the throne under the name of Carlos I. At first there was hope of reversing the situation of bad harvests, social tensions, political instability, famines, and the high taxes that were destroying Castile. Carlos I proceeded to make decisions that displeased the population, such as the request for services, some type of extraordinary tax, to spend on achieving the imperial throne. Not many nobles were fond of the excessive presence of foreigners in the Court.

After a few Cortes held in La Coruña, new services were approved. However, cities such as Toledo or Salamanca weren’t supportive of such a decision. The general feeling was that the king, who didn’t even speak the local language, wasn’t ruling the right way.

A meeting was proposed in Ávila, where the cities that could vote in Cortes would come together. The members were called the comuneros. These comuneros decided not to comply with many of the new taxes. Instead, they demanded the return of certain liberties and charges to the Castilians.

The Comuneros and Their Weapons

In the year 1920, the month after the Cortes of Coruña, in Segovia, several members of the comuneros took the city and assassinated the representative of the Cortes. Leon, Guadalajara, Burgos, and Zamora followed. The only way to enforce their demands was by using weapons, and they never hesitated to do so. However, the king’s troops gave the first coup.

To subdue the Segovian comuneros, the governor in the absence of Carlos, Adriano de Utrecht, needed Medina del Campo’s artillery. The inhabitants of Medina refused to deliver it for such an outrage. Consequently, their houses were set on fire. Such was the cruelty that soon enough many cities decided to join. Padilla led Toledo, Maldonado led Salamanca, Bravo led Segovia, Zapata led Madrid, Bishop Acuña led Zamora, and many others. The army they gathered took Tordesillas, in order to meet with Doña Juana (Joanna of Castile).

Juana de Castilla, Carlos I’s mom, was imprisoned in Tordesillas. Although she was a legitimate queen, many considered that she had gone insane due to her political interests. The community leaders presented their complaints and asked her to claim the throne for herself. Although the queen heard their prayers, she didn’t want to get involved. Still, they secured their power in Tordesillas, and it seemed that they had many chances to succeed.

However, the victory was far from being achieved. Soon, the different interests produced tension and a dispute among the comuneros. As a result, the Emperor reacted and reorganized his troops. He granted his demands to the cities that supported him, facilitating the betrayals.

Due to several strategic errors, the monarch recovered Tordesillas and sacked it. Nonetheless, some comuneros had gone to Valladolid looking for safety anyway. After departing to Toro, the intense rain kept army forces from Padilla, Bravo, and Maldonado to move forward. They were attacked right there and then; panic spread all over the place, which meant the end of their rebellion. Padilla remained undaunted in the face of this defeat and proceeded to be executed along with his teammates Bravo and Maldonado. Some say that all Castile mourned their deaths as if they were princes.

The Collapse of the Comuneros and its Consequences

The defeat of the comuneros meant the extinction of what can be considered the first liberal revolution in Europe or the last medieval bourgeoisie. However it may be, you could say that, as a consequence, there was a decrease in the power of the Castilian assembly. Since Spanish America is part of the Crown of Castile, the loss of freedom eventually affected the cities of the New World. In order to recover it in both Spains, the peninsular and the American, it’d still take several centuries. However, Carlos decided to increase the Castilian influence in his government.

The longings to limit the power of the ruler and the rejection of taxes aren’t something specific to our time.

Clocks: The Medieval Invention that Changed Everything
The invention of clocks is a discovery of time. As the French historian, Jacques Le Goff said, city time is not the same as country time. Read more »
Link copied!
Interesting Articles
Culture
Antonio Gala: Biography of a Literary Master

How to start an article about a writer as brilliant as Antonio Gala? Today, we'll try to share something about…