Fascism Traits According to Umberto Eco

Fascism has many forms but its psychological traits remain the same. Read to find out how deep fascism can go. 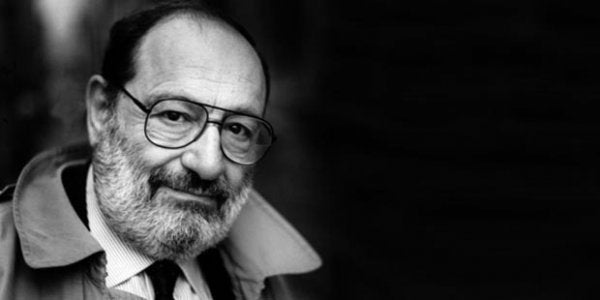 How does power shapes societies? Umberto Eco analyzed this question by establishing the psychological traits of fascism.

In present times, some seemingly reasonable people and organizations defend fascist values, but in reality display all of the psychological traits of fascism. These traits are unhealthy for people and societies because they encourage inequality.

Eco concluded that fascism is hypocritical, inconsistent, and seeps into people’s minds.

“Ur-Fascism can come back under the most innocent of disguises. Our duty is to uncover it and to point our finger at any of its new instances—every day, in every part of the world.”

According to Umberto Eco, fascism consists of three types of cults. First of all, the cult of tradition, with a reference to and a need to recover outdated teachings.

The second fascist cult if the cult of heroes and death. Fascists talk about taking risky actions and that death is no big deal if you die a hero. There’s more emphasis on justifying death rather than making life meaningful.

Likewise, fascism has a cult of action. According to fascism, meditating and thinking things through is a waste of time. In the eyes of fascists, thinkers and performers are cowards unless they act.

Fascists are against the social values that came with modernization and enlightenment. They believe things are only black or white, so there’s no need for debates or criticisms. What you see is what you get. Period.

Hence, fascism rebuffs any critical thinking. To disagree is to betray and anyone who thinks differently is a maverick who needs to be silenced. Another psychological trait of fascism is intolerance.

Fascists also fear difference. Dissidents are the enemy. To them, whoever disagrees isn’t a person, but someone who should be stripped of every human right. They also believe that dissidents are only envious of the revolution’s success.

Other noticeable psychological traits of fascism are nationalism and xenophobia. This type of apologia and rejection isn’t only against a country of origin, it’s also against the identity of a group or people. They amplify their own virtues and reject and prejudice others.

Fascists can be elitists too. They crave a clash of economic classes. To them, wealth measures human value. They reject any kind of weakness, as well as any indication of vulnerability.

Other psychological traits of fascism

Umberto Eco also mentions that fascists give special attention to the middle class due to the fact that it’s a dynamic socioeconomic group that’s not entirely defined. That’s why they’re easier to manipulate.

Another trait is the promotion of war. They’re not pacifists, no matter how much they like to call themselves that. They think the best way to resolve any differences is with violence to cut the head off the snake.

The final psychological trait of fascism is something Umberto Eco called neolingua, which is an extremely elemental and poor use of a language. Because only through this poverty of language can fascism neutralize any critical thought.

In conclusion, it’s important to protect ourselves from those totalitarian ways of thinking that have hurt many in the past and, unfortunately, still do.

Psychology
4 Ways You Are Creating a Tyrant at Home

Although it is hard for us to believe, it is becoming more and more common to run into child tyrants.…

“I should start a diet.” “I should call my mom." “I should tell my boss that I deserve a raise.”…

Psychology
The Stress Caused by Unemployment

In addition to providing income, employment is a central part of adult life. It allows human beings to develop their…