Funeral Rituals Are Important in the Grieving Process

All cultures have funeral rites or rituals. These ceremonies, with all their different stages, are extremely important in the grieving process. This is because they allow you to finally accept the loss you've endured. 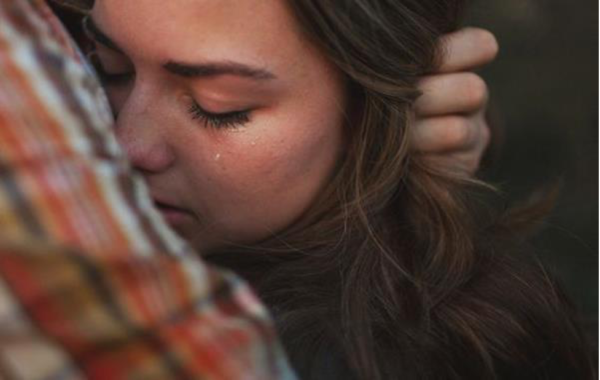 Surprisingly, humans aren’t the only ones who practice funeral rituals. In fact, some animals do so as well. Of course, in our species, these rituals are far more diverse and elaborate than in others. They’re incredibly important.

Scientific evidence suggests that death is final and absolute. Even though it’s a natural part of life, it’s still something of a mystery, and mysterious things tend to have a sacred connotation. For this reason, there have been funeral rituals since the beginning of time.

Furthermore, death opens the door to infinity. In fact, it represents such a radical transformation that you might be unable to accept it as a natural fact. For this reason, funeral rituals are necessary. You need them to accept death, process your feelings, and start moving forward.

“A man can live a good life, be honorable, give to charity, but in the end, the number of people who come to his funeral is generally dependent on the weather.”

Funeral rituals are an extremely important part of the grieving process. They basically constitute a pause in your routine where you start the process of acceptance. This is one of the most difficult and disturbing processes of grief. However, funeral rituals allow acceptance of loss at both an individual and collective level.

Part of the acceptance process involves having contact with the person who died for one last time. Although you know they’re dead, you probably feel the need to approach them. You might want to thank them for everything  Or perhaps even make your peace with them in some way.

In Totem and Taboo, Sigmund Freud suggested that the dead often become a persecutory presence. He states that your childish unconsciousness, along with religious or popular beliefs, make you think the dead have gone to some other unknown level. Furthermore, they’ve acquired powers over the living world. For instance, they might come back to “settle scores”. Looking at it from this perspective, it’s clear to see why you’d want to make your peace with them.

Death and the phantom persecutor

In one way or another, you’re haunted by people who’ve died. In fact, whether or not you believe in the spiritual world, every dead person “comes back” to you in some way. This is because, when a person dies, you often feel guilty. You feel guilty because they’re dead and they’ve been plunged into a kind of eternal solitude that you just don’t understand.

That guilt you’re feeling is the dead person haunting you. However, funeral rituals can help you manage these persecutory feelings. In fact, they give you the opportunity to start the process of making peace with both the deceased person and yourself.

Funeral rituals also give you a very valuable opportunity to express your feelings out loud without being judged. In fact, in these rituals, you have the social “permission” to cry, be sad, and even to experience a certain lack of control. In fact, you can behave in ways that might seem odd in other situations.

The fact that the pain is being collectively felt also comforts you. Although everyone suffers in an individual way, pain is shared at funeral rituals, and this is comforting. It has a really positive effect, especially when it comes to the point where you might feel completely overcome. That point where you’re tempted to deny absolutely everything that’s happening.

Furthermore, when you’re in the company of others, you get the opportunity to externalize your feelings about the deceased person. When you talk about that person and share your memories with others, you’re able to express your feelings. Thus, this plays a therapeutic role.

In conclusion, funeral rituals are a way for you to honor the memory of a person who died. It’s an act of consideration, respect, and appreciation. Although it doesn’t do the deceased much good, it allows the living to express their love and affection for them.

How are you feeling today? How do you feel right now? Do you need anything? What are you longing for?…

Emotions
Interpreting Other People's Emotions: A Matter of Confidence

Do you know how to interpret other people's emotions? Every day, you see dozens or hundreds of facial expressions in other…

Emotions
Learning to Say How You Feel

Emotions
Emotional Expressions and Their Benefits

At the clinical level, researchers found that proper emotional expressions are freeing. Also, that they bring people closer to a…