Friends with Benefits: Does Sex with Friends Make the Friendship Better? 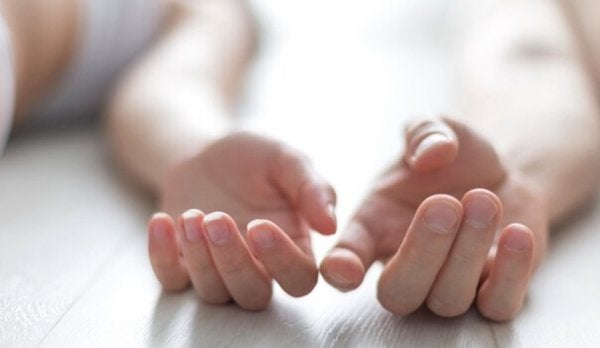 There was a great upset after the publication of a study that said that 20% of people surveyed had had sex with friends. The most surprising thing is that those same people indicated that having sex strengthened the friendship and in a good percentage of them, it resulted in a relationship.

The research was conducted at the Boise State University and directed by Heidi Reeder. It surveyed 300 people, both men and women. And as we said, 20% reported having had sex with a friend at least once in their lives.

“Love is the answer, but while you are waiting for the answer, sex raises some pretty good questions”.
-Woody Allen-

The respondents indicated that the sex here took place under an agreement where they explicitly agreed to keep love out of it. They also had agreed that the relationship wasn’t going to imply any kind of commitment. The classic “friends with benefits”.

76% of the people who had sex with friends indicated that afterwards, the friendship improved. Likewise, 50% of them began a relationship, maintained until the time of the survey.

Sex between friends, a new kind of relationship

When it comes to the issue of sex between friends, opinions are divided. There’s no one definitive conclusion, because the outcome of this type of relationship is closely related to the characteristics of those involved. In some cases, everything goes smoothly. In other cases, it’s pure confusion.

The truth is that currently a lot of people have  “friends with benefits”. They’re spontaneous and sometimes have explicit agreements and sometimes not.

The basic pact is to stay friends, without letting sex change the nature, commitment or label of the relationship between them.

In general, this works well when both consciously accept the rules of the game and respect them. Difficulties only arise if the agreement is not very clear for either person.

Also when sex between friends is a strategy, conscious or unconscious, to get together with a person you want an actual relationship with.

Friends with benefits: Sex without commitment

In principle, sex between friends occurs because two people know each other and there’s attraction but not love. And neither person wants commitment. It’s a type of relationship that’s more common among adolescents than adults.

Although there may be sex between friends, this relationship is not that of lovers. This means that the feelings of friendship are present, but not ones found in a couple. These friends spend time together, talk a lot, make shared plans, but have no “obligation” to the other.

Therefore, all the conditions exist for a relationship except one: the willingness to commit to the other. In one way or another, everything is allowed, except making demands or claims regarding the relationship.

The rules of the game

Sex between friends usually works when the rules of the game are respected and you enter into it with complete honesty. The basic rules of a relationship like this can be summarized with the following points:

It’s very important that the agreement be as explicit as possible. Things left unspoken can lead to misunderstandings on one or both ends.

Everything is better if the people who decide to start a sexual relationship know each other well. Think about how if you don’t know how the other person acts under certain circumstances, there may be unpleasant surprises (but also nice ones of course!).

It’s worth clarifying that there are circumstances when this type of relationship is not a good idea. When one of the two has another emotional commitment, for example. This kind of love triangle is almost never a good idea.

Nor is a sexual relationship between friends when the parties involved are exes. It will surely lead to misunderstandings. Finally, if one of the two begins to fall in love, the best thing to do is to say it and move towards a relationship or end the friends with benefits arrangement if the other person doesn’t feel the same way.

Friendship for Women Is Different
Friendship between women is not the same is friendship between men. Female friendships are highly important to women. We talk about different things, Read more »
Link copied!
Interesting Articles
Personal Development
Getting Away for Perspective and Reflection

Getting away can be a great way to gain perspective and temporarily move away from things you're close to. It…

It's a fact that relationships change and that love ends. However, when these changes are happening overnight, or on a regular basis,…

Wellness
5 Ways Knitting is Good for Your Emotions

Knitting, or "knitting therapy." Call it what you like, but researchers have discovered that this activity is very good for…

Millions of people all over the world use social media on a daily basis. The most popular platforms are Facebook…

Letting your mind take a break has innumerable benefits, both for our physical and our mental health. It allows us…