Freud, The Series: What's Real and What Isn't

The new Netflix series Freud doesn't shed much light on the life and work of the father of psychoanalysis. Instead, very few of its plots are based on reality. 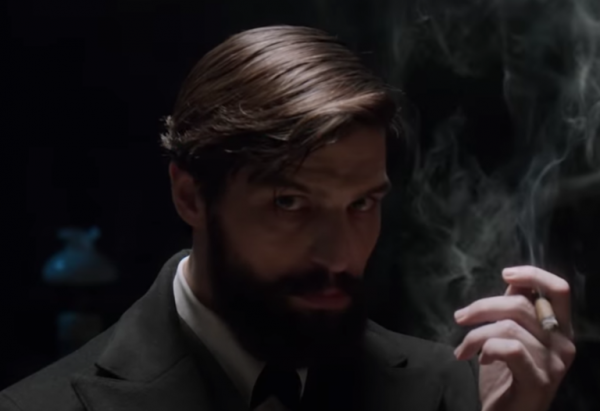 People continue to feel interested in Sigmund Freud’s life. No matter where you go, you can surely find someone you can discuss Freud with. Because of this, Netflix decided to make Freud, The Series, a reflection on the life and work of this Austrian neurologist. However, it doesn’t clear many things up. Rather, it contributes to further confusion.

The director of the series, Marvin Kren, stated that he wanted the young and modern public to be interested in it, which explains why he didn’t want it to seem too historical.

Moreover, Freud, The Series is a mix of modern, provocative, and historical elements. Now, why mix the father of psychoanalysis with crimes and spiritualism? Wasn’t there enough controversy and confusion about his figure already?

We don’t think so. In fact, this interest in converting him into a character mixed with fiction isn’t new. In this article, we’ll be talking about Freud’s previous “film and art forays” and clarify the truth of this recent Netflix original.

The great cinematographic interest behind Freud

As of now, Freud’s work is studied more in the world of humanities than science departments. His popularity doesn’t exactly come from his scientific rigor. However, Freud had the advantage of being an incredibly good writer who illustrated psychoanalysis referencing the work of great artists, such as Shakespeare, Dostoyevski, and Leonardo da Vinci.

In a way, it’s thanks to art and film that his work and theoretical assumptions reach the general public with interest. In fact, Stefan Marianski, of the Freud Museum in London, said “You don’t have to read Freud to live in a world where he’s important or to think in a Freudian manner”.

On the other hand, Nicholas Ray, professor at the University of Leeds, affirms that his pieces of work were processed to become softer and turn them into a cozy and reassuring fantasy. In this way, it’d fit into our current popular culture.

Furthermore, this hasn’t happened only with Freud’s work. It’s also notable in the case of virtually the entire work of Woody Allen or in the father-son dynamic in The Empire Strikes Back or Back to the Future; as well as many Virginia Woolf and James Joyce’s novels. Als, Salvador Dalí and the surrealists. The Sopranos and Frasiers and the 2011 film A Dangerous Method with Viggo Mortensen.

Previous attempts to make a detective series with Freud

The 2006 novel The Interpretation of Murder (Jed Rubenfeld) explored Freud solving a murder case. Its premise was Freud’s first and last visit to New York in 1909.

Then, in 2014, Frank Spotnitz, director of The X-Files, was ready to write Freud: The Secret Casebook. In it, he intended to use his theories to solve unsolved cases. However, the series never came to be.

Freud, The Series: what’s true and what isn’t

Freud was born in Freiberg (a city now called Pribor in the Czech Republic). His family moved to Leipzig and then settled in Vienna for good.

Very little data can be clearly extracted from this series. We’re going to touch on some of it.

Dates of his medical studies

He studied medicine at the University of Vienna and worked at the city hospital. He graduated from this university as a doctor in 1881. Later, in 1885, he completed his habilitation and began his career as a neuropathology professor at the same university.

Now, the series is developed in 1886, so it seems to agree with his interesting theory and review of the first real cases.

Freud first tried cocaine when he was really young. He actually called it “a miracle drug”. In 1884, he wrote an article titled “Über coca”, where he expressed his love for this substance, as he was amazed at its physical and psychological effects. Only later did he discover that he was, in fact, addicted to it.

His early psychoanalytic practice with Breuer

In 1886, he entered private practice in Vienna and began to use hypnosis in his work. We must note that hypnosis was an unpopular approach at the time.

Interestingly, Freud, The Series explores this part of his life. Actually, it takes his friend Josef Breuer‘s approach, physician with whom he collaborated to write Studies on Hysteria.

His work highlights Breuer’s experiences in treating his patient Anna O, who suffered from hysteria. Due to inconsistencies in the results, Freud eventually abandoned the hypnosis technique and then developed what he called “free association“. Moreover, it’s important to mention that the series doesn’t fully clarify his entire relationship with Breuer.

His romance with Fleur Salomé, an aspect portrayed in Freud, The Series

In this show, there’s another aspect that seems to be based on a real-life event. We’re talking about the character of Fleur Salomé, a medium who joins the plot to help solve cases. The inspiration for this character is psychoanalyst Lou Andreas-Salomé.

There have always been rumors that Freud and Lou Andreas-Salomé had feelings for each other. However, no one’s been able to prove this. Now, when it comes to accuracy, the series takes place in the 1880s, and historians affirm that they didn’t know each other until 1911.

Sigmund Freud was never in charge of any criminal investigation or helped solve crimes of any kind. This show also portrays him entering dark sessions of spiritualism. However, there’s no record of this.

Nonetheless, he did love reading detective novels, including those about Sherlock Holmes. So even though he didn’t solve crimes in his real life, he definitely was a fan of this type of work.

As you can see, there’s very little to rescue from Freudian theories throughout the eight chapters of Freud, The Series. Perhaps some of his concepts gave rise to the imagination and the construction of such a fiction.