The Flynn Effect or Why We're Getting Smarter 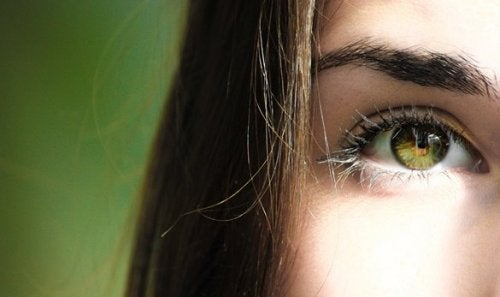 The Flynn effect says that our minds are changing. We’re becoming smarter and have improved abstract reasoning. However, an increase in IQ scores doesn’t always go hand in hand with personal satisfaction or happiness. While it’s true that we solve certain problems better each time, the emotional aspect is still unknown.

Much has been written about this theory since 1994, when researcher James R. Flynn from the University of Otago in New Zealand shared this news: the population’s IQ shows a constant increase. This is something that has been observed since the early 20th century.

“Happiness in intelligent people is the rarest thing I know.”

Furthermore, other scientists and experts in human intelligence, such as Joe Rodgers of the University of Oklahoma, point out another interesting aspect. The increase in scores occurs every year. Rodgers concluded this after examining the intelligence tests applied over the last 30 years, such as the Wechsler Intelligence Scale for Children (WISC).

This attracts a lot of attention and makes us think. Does this mean that our grandchildren will be geniuses compared to us?

The Flynn effect and technological advances

The Flynn effect tells us that a child today will get about 10 more points than their parents in an intelligence test. According to this effect, it seems that the future of humanity goes hand-in-hand with much more skilled and sophisticated minds that have a lot more potential.

However, experts in human intelligence clarified some key aspects. That increase in IQ reflected in intelligence tests doesn’t mean that our “gross” brain potential increases in the same way. The improvement in our intellectual performance has taken a notable leap since the industrial revolution. Thus, aspects such as education, better nutrition, or technological advances are stimuli that have laid the foundations for our minds to advance.

The Flynn effect directly relates to society and technology

In other words, intelligence advances as society develops. We do it to adapt better. We need to be in tune with this world, where information flows much faster. It’s important for us to be part of every technological advance, every change, and every innovation. Also, a fact that has been observed in intelligence tests is the increase in the speed of response and the ability of current children to establish relationships between objects.

Children’s abstract thinking, as well as the speed of their perception, improves year by year. Neurologists tell us that all this may also be due to new technologies. Interactive screens, games, and virtual realities that call for rapid responses change the way in which the human brain processes information.

We’re not only getting smarter but also… happier?

More than happiness, we should talk about personal satisfaction. Now we know that people show greater problem-solving skills year by year. They innovate and facilitate the advancement of our society. Does this mean that we also experience higher levels of satisfaction and/or personal well-being?

Jean Twenge, a psychology professor at San Diego State University, published an article in the American Psychological Association journal that invites us to reflect. The new generation, which some authors already call the iGen, consists of clearly unhappy adolescents. Experts describe them as hyperconnected boys and girls who are dissatisfied and immature.

Technological dependence creates a new, complex scenario. Technology is constantly advancing and becoming more complex. How we relate to ourselves and others has changed for many people. This includes how we see ourselves and understand the world. The Flynn effect may make us more intellectually skillful. However, we must also learn to survive better in an increasingly technological and sophisticated context.

The Flynn effect and the theory of transhumanism

On the other hand, and as a curious fact, it’s worth mentioning the theory of transhumanism. According to this philosophical movement led by David Pearce and Nick Bostrom, two University of Oxford professors, the future of humanity looks very rosy indeed.

According to them, humanity will take an evolutionary leap in the next century. Not only will we be smarter, but our society will also be exclusively oriented toward happiness. But why? Basically, because genetic engineering, pharmacology, intracranial stimulation, and molecular nanotechnology advances will eradicate diseases and slow aging dramatically.

Thus, we might be oriented toward pleasure. Or, on the contrary, we might become melancholic beings living in a technological society. There’s only one thing to do: focus on the present. We must orient our minds and intelligence toward personal well-being as well as intelligence. After all, a few extra IQ points are useless if we aren’t able to create a more satisfying reality.

What Does Science Say About Intelligence?
In trying to define intelligence, there's some consensus around the idea that people are intelligent because they're good at solving problems. Read more »
Link copied!
Interesting Articles
Culture
The Timeless Story of Christmas

Just about every culture of medicine in the world agrees that sickness and health are linked to people's lifestyle. More specifically, they…

Culture
How the Brain Reconstructs Past Events

Upon remembering something from our past, we often re-experience the entire episode that produced it. A new study has revealed how…