Five Signs that You're Self-Boycotting

What's self-boycotting? Although it's an unusual term, it refers to how humans, often unconsciously, keep themselves from reaching their goals. 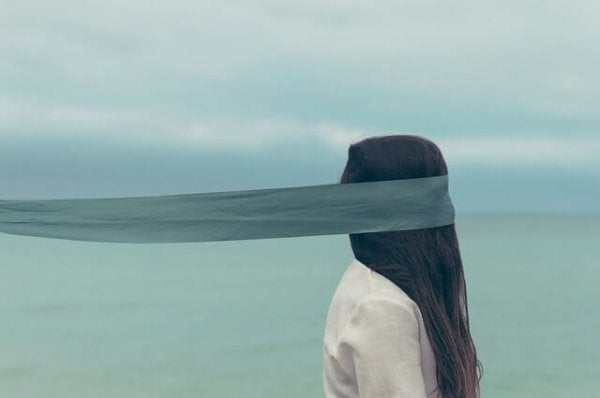 The main sign that you’re self-boycotting is the fact that you almost never achieve what you set out to do. In many of these cases, you’re the one setting up the obstacles that end up keeping you from moving forward.

At some point, we’ve all self-boycotted, and have even been aware that we were doing it. However, this isn’t the norm. It’s far more common for us to act against our interests without being aware of it, acting in a way that, at first glance, seems perfectly reasonable.

In the same way, we’e only able to justify many of our actions after we act. We tend to disguise our real motivation with one that sounds better – one that we take from the consequences of our behavior.

The main sign that shows that you’re self-boycotting is that, with every step you take, you move further away from your goals. You ask yourself why but can’t come up with a compelling enough reason. It seems as if there’s always “something” that keeps you from reaching the goals you have set out for yourself.

People self-boycott for several different reasons. One is fear of success or because they think that they don’t deserve it. There are also cases when they don’t really identify with the goals they set for themselves and they unconsciously look for excuses not to achieve them.

“Whether you think you can or you can’t, you’re right.”

1. You want to do it all by yourself

Many people think that they can’t trust anyone around them to carry out a certain task in the way they want it done. Others hardly entrust any tasks to other people. By not trusting anyone but themselves, they end up taking on responsibilities that don’t really belong to them – ones that they could easily delegate or share.

There’s an African proverb that says: “Perhaps we can go faster on our own, but we can go further together”. Perhaps you’re right: there are tasks that no one will be able to do as well as you. However, if you don’t give them the chance, they’ll never have the opportunity to show you otherwise or to learn to be able to do it in the future.

In order to see other people’s points of view, you need to break with these unyielding thoughts. If you judge everything with a predetermined criterion, then you’ll obviously believe nobody else is right. That type of attitude deprives you of the valuable contributions that others can make from another perspective. It’ll hinder your progress because you’re only seeing things from one perspective.

3. You leave many tasks unfinished

This is a clear sign that you’re self-boycotting. Surely you’ll always find a way of defending why you’ve left so many projects unfinished. It’s not difficult to rationalize and justify your tendency to give up on things. You want to avoid disagreements and bad feelings, so sometimes the easiest thing to do is to put an end to it.

The tendency to leave everything half-finished will eventually affect your goals. Not only because you haven’t attained this particular goal, but because all that pending and unfinished work will simply become the norm. Thus, you’ll always be tempted to do the same in future projects.

4. You don’t accept or value your achievements

You may feel that you have no right to succeed or to be successful. And, strangely, you’re even responsible for reversing the very things that are making you successful. You do it through your own way of interpreting your achievements. When you achieve something, you discard it as unimportant, and, in doing so, you lose your motivation.

It’s as if you feel that you’re only able to achieve things that aren’t really that valuable or useful. If it were of value, then you wouldn’t have been able to do it. It becomes a vicious circle: you’re the aggressor and the victim at the same time. Such behavior only satisfies and encourages neurotic impulses.

Sometimes we hinder our growth, resorting to the ploy of minimizing and victimizing ourselves. How can I possibly do it when I don’t have a certain ability or resources? We hide behind our shortcomings and limitations and refuse to leave our comfort zone.

Victimization is a strategy we use to try to justify doing nothing. Those who feel victimized look for excuses instead of motivation. They don’t do this consciously; it’s a totally unconscious action. It’s true that you can sometimes get secondary benefits from it, such as a sense of security, and that’s why we keep behaving that way.

The important thing here is to be aware of any signs that may show that you’re self-boycotting. They’ll give you clues as to why you aren’t achieving what you desire. Becoming aware of behavior patterns that are harming us in this way can be a good starting point for a more fulfilling life.

Up to What Point Is Victimization Tolerable?
These are people trapped in a mentality of victimization, caught up in a feeling of powerlessness, hyper-vigilance and an evident susceptibility. Read more »
Link copied!
Interesting Articles
Wellness
I Like Meaningful Relationships

I like you because you make my life meaningful. You don't bother with lies and excuses. You're never distant or selfish when we spend…

Wellness
Is It Good to Stay Friends with Our Ex?

Many books suggest that repeating mantras can help you find happiness. They offer mantras for when you are feeling sad, and others for when you feel frustrated. Repeat them all the…

Wellness
Are You Giving Too Much and Receiving Too Little?

Sometimes we feel we are giving and giving but, at the same time, we are not receiving. This usually happens…

Wellness
Why You Need Selective Solitude

There are a few things that inspire as much as sadness and compassion such as watching someone "being alone." Although as…

Almost always and fortunately, the experiences we have change us, and help restore our priorities and views. They help us…