Felix Boehm was one of the psychoanalysts who joined the Nazi regime in Germany and was involved in the murder of homosexuals. In spite of that, he continued to practice psychoanalysis until he died. 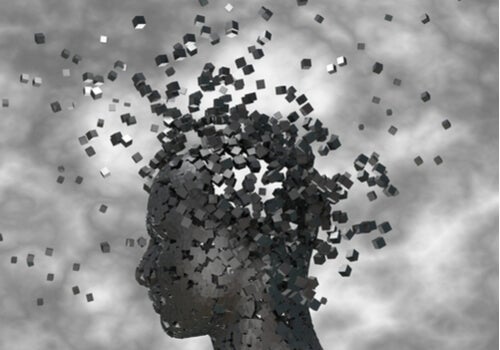 The name Felix Boehm appears several times in the history of psychoanalysis. His notoriety, however, isn’t due to his contribution to the field, which was minimal. What makes him famous is that he became one of the most iconic figures of what historians call the “tragic decade” of psychoanalysis.

This was an era of history marked by contradictions and ambiguities. It took place when the world saw the rise of nationalism and the banishment of Jewish psychoanalysts, who were the majority at the time. Nazis debated between the conceptual validity of the theory and the fact that it had its heart in the Jewish community.

Many psychoanalysts went through this process. They wanted to save psychoanalysis, but they had to somehow reconcile it with Nazism. Felix Boehm was the poster child of this contradiction. Boehm, Werner Kemper, Harald Schultz-Hencke, and Carl Müller-Braunschweig were some of the most prominent psychoanalysts who decided to work for the Nazi regime.

A short biography of Felix Boehm

Felix Boehm was born on June 25th, 1881, in Riga, Germany. He studied in Switzerland and graduated from high school in 1906. Later, he studied mechanical engineering at the Riga Technical University. By then, he was already familiar with psychoanalysis. In 1901, he had read The Psychopathology of Everyday Life by Sigmund Freud, which sparked his interest in the subject.

In 1912, he began studying medicine at the University of Geneva. He finished his degree at the Ludwig Maximilian University of Munich. There, he had the opportunity to work with Emil Kraepelin, who many consider the father of modern psychiatry. Boehm decided to specialize in psychiatry and neurology.

Eugenie Sokolnicka was the first to psychoanalyze Boehm, who would go on to have a brief training analysis with Freud himself. Later, he met Karl Abraham in Berlin, with whom he restarted his psychoanalysis. He married twice, first in 1904 and again in 1914. He had two daughters and took them both to the prestigious psychoanalyst Melanie Klein.

Felix Boehm joined the German Psychoanalytical Society in 1922. Around that time, he was part of a scandal. People accused him of misusing some scholarship funds.

With the rise of Nazism, the German Psychoanalytical Society took measures to prohibit the teaching of psychoanalysis. They also published a declaration of principles that essentially said they were willing to cooperate with the Nazi regime.

The German Psychoanalytical Society also forced Jewish psychoanalysts to give up their memberships and it kicked out any militant leftist members. The organization also broke ties with the International Psychoanalytical Association. Felix Boehm was the mastermind of all these decisions.

Boehm openly expressed his commitment to the Nazi party. He wasn’t the only one, however. Prestigious psychoanalysts, such as Carl Gustav Jung and Ernest Jones, were also on that list. Their main goal, or at least that of many psychoanalysts at the time, was to preserve psychoanalytic practice in Germany.

Boehm had been interested in the study of homosexuality for a long time. During the Nazi era, the German Psychoanalytical Society changed its name to Working Group A, which worked under the German Institute of Research and Psychological Psychotherapy. There, Boehm continued to do research, and sooner rather than later was declared an “expert” in homosexuality.

Felix Boehm asked the Reich in person to take the necessary measures to monitor homosexuality. He also asked for help to be able to “diagnose” homosexuality as early as possible. The Nazi policy, however, didn’t want to diagnose gay people. Instead, they hunted them down and sterilized or murdered them. Boehm said that his goal was to “protect” that group of people, but years later he would personally write several death sentences.

Once the war was over, Boehm never expressed any sense of regret for his actions. A Freudian psychoanalyst who was supposedly evaluating the competence of German psychoanalysts to carry out their job said that Felix Boehm wasn’t mentally capable of performing psychoanalysis. Nevertheless, Boehm was part of the German Psychoanalytic Society until his death on December 20, 1958, in Berlin.

Wilhelm Stekel and His Views on Psychoanalysis
Today, we're going to tell you about Wilhelm Stekel, a mostly unknown figure in the early history of psychoanalysis. Learn more about him in this article! Read more »
Link copied!
Interesting Articles
Biographies
Five Quotes by Abraham Maslow

How many times have you waited for someone else to approve, acknowledge, and understand you, only to be disappointed because…

Personality Psychology
How to Deal with an Intellectual Bully