Expect Nothing, and You Have Nothing to Lose 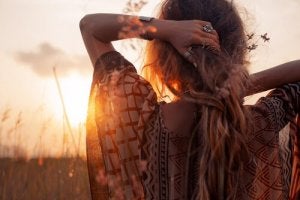 In general, people hope that things will go their way. In other words, we build up expectations about how things should be, and how other people should act around us. But when you expect everything and end up with nothing, it can be frustrating, or devastating.

For example, you probably hope people will react in a particular way when something bothers you. You also hope for no rain on a day that you’ve planned to go on a hike in the mountains. But be honest: how often have other people let you down or disappointed you?

In that case, what’s the key to avoid being hurt by that kind of thing? The answer is to expect nothing, because that way, you have nothing to lose.

That might sound a bit depressing at first. To put it another way, not creating expectations can be a powerful tool for wellness. It’s easy to fall into the trap of thinking that expecting nothing means plopping down on the couch and letting life go pass by you. It’s actually the opposite, it’s much more dynamic and active than that.

What it really means is making a mental effort not to build up false hopes or false beliefs. But why exactly is that important? Well, if you expect nothing, it means you won’t run the risk of disappointment. Let’s dig deeper into that means!

Expect nothing, and you’ll have everything

How can someone have zero expectations? Is that actually possible? Just about everybody sticks to the idea that things should happen the way they want them to.

That right there is the key: being stuck to the idea. When you do that, you make it much more likely that it will hurt if that thing doesn’t happen. So, what can you do?

The answer is to detach yourself from a specific outcome. For example, if you hope someone will do something for you and they don’t, that hurts. Instead, if you’re open to the possibility that it may happen, and it may not, you’re protecting yourself by considering two potential outcomes.

Buddhism says that we’re all just trying to find happiness, but that most of us take the wrong path to it. If you expect nothing out of a specific situation, or person, then you have everything. In other words: you’re open to every possible outcome.

If a friend meets your expectations, it brings you joy. If they don’t, then it’s not a big deal because you had already planned for that possibility. Not taking it so to heart is also important, because we all mess up, and there have probably been times where you didn’t meet somebody’s expectations, too.

Free yourself from the pain of mental rigidity. Life, your destiny, or whatever you want to call it, won’t always turn out the way you want it to.

A lot of people say things like “things always turn out wrong for me,” and “I just keep getting let down over and over again.” Think about it: how many times have you expected something from someone, and it didn’t work out that way? You probably hear complaints about things not going the way people want them to every single day of your life.

So, the goal is to learn to accept that “all these things that don’t work like they should” actually do work, just not the way you want them to. It’s the gap between those two things that really leads to pain.

You might encounter some disappointments from other people, but they won’t be so painful. In fact, you can even take something from those disappointments. For one thing, you can learn to accept other people without projecting your own desires onto them. Plus, if you feel like their attitude towards you is truly hurtful, maybe it’s better to let them go.

“It is more likely for something not to turn out as you had expected than it is for it to turn out in that exact way.”

This quote gives you a chance to think about how much power you really have to control the things that happen around you.

“We seek to transcend the situation in which we all find ourselves: victims of our own mental afflictions, the enemies of our peace and serenity. These afflictions—such as attachment, hatred, pride, greed, and so forth—are mental states that cause us to behave in ways that bring about all our unhappiness and suffering…”

When you expect nothing, you make anything possible, because you’re open to whatever happens. Projecting an idea or a hope for the future is fine as a way to energize yourself, so long as know that it might not turn out as you want it to.

One of the key ways to stop suffering due to expectations is to let your mind rest.

Everything Passes, Everything Comes And Everything Changes
Read more »
Link copied!
Interesting Articles
Stories and Reflections
The Emperor's New Clothes- A Story About Pride and Telling the Truth