Existential depression usually affects people with high intellectual abilities. This is because they're aware of injustice and don't find meaning in life. Thus, they isolate from others. 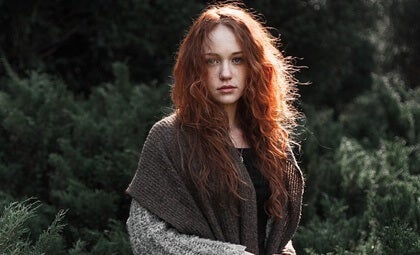 A person with existential depression constantly wonders what the meaning of life is and why there’s so much injustice and inequality in the world. Is there nothing more transcendent than family, friends, and work? These types of questions characterize existential depression. This type of condition afflicts deep thinkers and those who are highly intelligent.

Depression has many forms and is conditioned by infinite variables. In fact, every person experiences it in a particular and distinctive way. You may have heard of existential crises, as it’s very complex. A crisis can arise as an effect of an adverse experience or when you enter a new stage of your life cycle.

Psychiatrist Heinz Häfner coined the term existential depression and described it for the first time in the 1950s. He talked about a type of disorder that seems to occur more frequently among talented people. However, the condition doesn’t appear in the DSM-V (Diagnostic and Statistical Manual of Mental Disorders).

“I’d come to realize that all our troubles spring from our failure to use plain, clear-cut language.”

Analytical thinkers don’t seem to find meaning in life. They tend to delve deeply into dimensions such as death, lack of freedom, social injustice, and the abyss where existence becomes lonely and one feels disconnected from everything around them.

In these states, one’s own thinking and obsessive ideas undermine the balance to the point of weakening a person’s emotional fabric.

Origin and characteristics of existential depression

Jean Paul-Sartre said that people don’t know what they want. However, they’re responsible for what they are. Existentialist philosophy is always a great reference point to detangle mental processes, reflections, and personal webs of people suffering from this kind of depression.

Kazimierz Dabrowski, a Polish psychiatrist from the beginning of the 20th century, was one of the references who most studied the problems highly intelligent people used to face. This expert spoke about “positive disintegration”. In fact, it would explain one of the origins of this condition somehow.

The problem of confronting what you are with what surrounds you

Kazimierz Dabrowski established that people could go through five stages of personal development. However, a large part of the population (60-70% according to the author) remains in the initial phase. In other words, in the primary integration stage. In this phase, people learn to fit the mold of their own society. They discipline themselves, integrate their faults, and adapt to all that’s good and not so good in their environment, so to speak.

Now, there are people who get caught in the third level of Dabrowski’s theory. It’s the one about spontaneous disintegration. Thus, they perceive great discrepancies between their own values and those that define a society. The perspective of a deep thinker feels the weight of injustice, falsehood, materialism, etc.

Furthermore, when these dimensions impact them deeply, they’ll enter the fourth phase that Dabrowski referred to as multilevel disintegration. In it, human beings can’t find a vital meaning. They progressively become mere observers who only appreciate failures, nonsense, and the void that sooner or later ends up suffocating them.

Irvin David Yalom, a psychotherapist and psychiatry professor at Stanford University, also studied existential depression. He explained the four factors that usually determine this reality in his book Existential Psychotherapy.

Cognitive-behavioral therapy is one of the best approaches for existential depression. However, it’s important not to lose sight of psychiatrist Kazimierz Dabrowski’s theory. The last stage of his approach to human development is positive or secondary integration.

Therefore, it’s essential to work on the phase that follows the stage of multilevel disintegration. It consists of the following aspects:

Working on your self-awareness and clarifying your goals, desires, needs, and values

Define your life purpose and work on it. Doing so will give you momentum and help you find motivation, encouragement, and excitement.

Dabrowski knew that emotional management was key to a human being’s fulfillment. It doesn’t only guarantee your well-being but also helps you evolve in every way. Thus, don’t hesitate to ask for expert help if you’re in this situation.