Thanatos: Is the Death Drive as Negative as it Sounds? 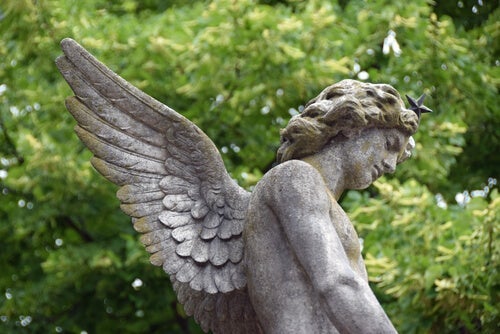 Perhaps few names are as sinister as what psychoanalysts have baptized as the death drive. However, although this drive is always destructive, it’s not the enemy of our survival as long as we learn to manage it well.

Some life experiences are deeply heartbreaking. They fill us with the sensation of a great emptiness, which stems from the idea that everything is lost. In these moments, the death drive becomes stronger, as if it somehow benefits from the inertia that seems to precipitate us into nothingness.

According to psychoanalysis – an area of study founded by Sigmund Freud that emphasizes the unconscious – all human drives lead to action. They have a force of their own that makes us act in one way or another. Its goal is to satisfy the excitement that has been produced. This excitement is associated with a particular organ in the body and the object that caused the excitement.

In this article, we’ll show you that drives aren’t necessarily a sexual matter, and that the “death drive” is something we need. In addition, we’ll show you what the death drive is about, why it’s also called Thanatos, how it manifests itself in our lives, and why it isn’t always negative.

Thanatos, or the death drive, is an unconscious impulse which drives us towards absolute rest, or, in other words, non-existence. It pushes us to self-destruction, to complete annihilation. It’s a concept that goes hand in hand with our drive to live, which is the complete opposite: the desire to self-construct.

Death drive and its manifestations

In the context of psychoanalysis, certain concepts scare us due to their complexity. Because of this, in many cases, they aren’t applied or are simply discarded.

Here are some of the ways the death drive manifests:

When we become aggressive, this can lead to the destruction of other people, objects (natural or otherwise), or ourselves. We’re consciously trying to cause harm. In fact, Sigmund Freud, in his book Civilization and its Discontents, suggests that aggressiveness is the biggest obstacle of the development of culture.

Some mental illnesses lead to self-harm. A clear example of this is borderline personality disorder.

This is a defense mechanism in which we project onto others what’s really happening to us.

When something tends to not satisfy us or causes us anguish or discomfort, the death drive manifests.

The death drive is also related to other principles. It’s associated with the principle of reality, which is the one that helps us regulate our lives. The principle of pleasure, on the one hand, is related to the satisfaction of desires.

This is how we live assertively in society. However, Freud argued that it’s even more associated with the principle of nirvana – the concept of nothingness, total rest, and death.

The death drive is also positive

Although Thanatos can take us on the path of self-destruction, its influence isn’t always negative. On one hand, humans develop resilience during situations where they’ve tried to destroy themselves.

On the other hand, the death drive is also related to rest, which is extremely necessary for our survival. If we think of it this way, as something that helps us to adapt, then we’ll take away the darker connotations that we usually associate with it.

But how does it help us adapt? Due to the simple fact that, in many situations, it allows us to fight and defend ourselves. Freud also links it to the moment of orgasm. On one hand, the life drive urges us to reach sexual satisfaction, but, on the other hand, Thanatos can be linked to that moment of release or return – a return to rest after the exertion.

In addition to this, the death drive allows us to separate ourselves from objects. This allows us to have an identity, be authentic, and avoid too much of a connection with those objects. In short, Thanatos is as destructive as it is repairing.

It’s essential for survival and acts alongside our life drive. It’s a unique strength, which helps us learn a lot about ourselves and life.

Interesting Articles
Friendships
Is it Possible to Live Without Friends?