Stress has a bit of a bad reputation. You don't tend to like it, even though you probably always coexist with it. However, have you ever thought what it'd be like if you couldn't ever be bothered to face any of your daily challenges? In fact, if you didn't have any positive stress in your life, that's exactly what would happen. 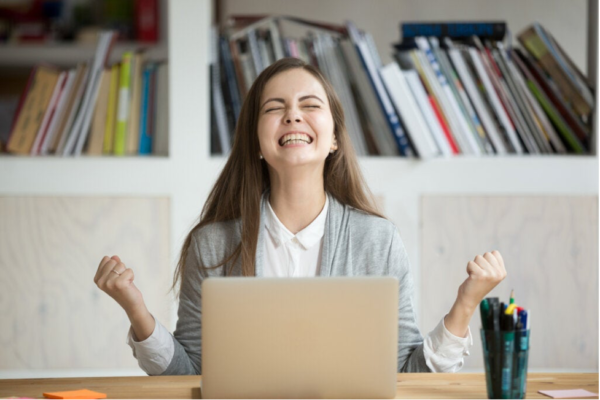 For many people, stress is a way of life, and its negative version, called distress, is characterized by the harmful impact it has on your health. However, there’s another kind of stress that’s completely different and good for you. Here are ten benefits of that positive kind of stress, also known as eustress.

Hans Selye created the term eustress or positive stress. Eustress is considered a major contributor to your positive development. Indeed, this fact differentiates it from the other kind of stress, which tends to cause suffering and illness.

Eustress in motivation and coping

The psychological concept of eustress is extremely useful in increasing your ability to cope. In fact, thanks to eustress, you feel more empowered to face all types of challenges. These could be your usual run-of-the-mill problems or more difficult day-to-day situations you might be struggling to cope with at the time. Or they could be other kinds of difficulties you tend to encounter in your environment from time to time.

Feeling empowered to cope with stress really motivates you. In fact, feeling supported helps you in all areas of your life.

One of the areas in which eustress can be really beneficial is at work. This is because it helps you to proactively address any kind of change. The benefits of positive stress include enhancing your empowerment skills, as well as your creativity. It also improves your proactivity and productivity. This means you’re more geared towards change. Furthermore, you might find yourself broadening your perspective and taking into account things you might have previously ignored. Because eustress, unlike distress, drives you. Furthermore, it doesn’t hurt you, as distress does.

Eustress triggers your response in situations of controlled risk. These types of situations might include activities like bungee jumping, white water rafting, running with the bulls, riding on scary theme park rides, and parachute jumping, among many others. No doubt you know someone who finds these types of experiences really thrilling.

However, it’s quite likely that these people will tell you that, before they do any of these things, they often feel quite anxious. In fact, this feeling might also be accompanied by typical signs of anxiety. These might be palpitations, tremors, or the sensation that they’re about to choke. However, as soon as they start the activity, these feelings decrease.

As another example, just think of the moment before someone does a parachute jump. They’ll often feel really anxious. However, as soon as they jump out of the plane, that anxiety starts to reduce and it decreases even further the more they descend.

Eustress and security and emotional stability

This improvement in your internal locus of control also helps you feel more emotionally stable. Eustress isn’t permanent. In fact, it’s only triggered at specific times. This means it’s less likely that you’ll feel affective lability because your emotional health isn’t being put at risk.

Eustress and energy and vitality

Another benefit of positive stress is that it’s triggered the minute you move out of your comfort zone. In other words, that place where you feel safe and secure. So when you’re facing a new challenge, this positive stress makes you react. In fact, it makes you stay alert. In addition, it increases the speed of your reflexes.

You get energy and vitality from positive stress, so you’re more likely to want to undertake more physical activities. Thus, you’re able to channel all the extra energy you now have. In addition, eustress is linked with the production of dopamine, known as the happiness hormone.

You must remember that it isn’t advisable for you to have zero stress levels. Because stress is adaptive, and if you don’t tend to rely on it at certain times, you’ll just come to a complete standstill. Indeed, an absence of activation or level of alert is likely to decrease your creativity levels. This means you’ll be more likely to get bored, and that’ll eventually take its toll on you.

Now that you know the benefits of positive stress, you might want to implement some strategies that’ll help you trigger more of it in your life. For example, you could try deep, conscious breathing, playing sports, coping with your negative thoughts, or broadening your perspective.

Different Types of Stress
Stress...some people suffer from it occasionally and others for a lifetime. We'll take a closer look at different types of stress. Read more »

Healthy Habits
How to Find Time to Meditate

If the hustle and bustle and the obligations of everyday life don't allow you to practice relaxation techniques, read this article. We'll tell you how you can do it through…