An Ending is Just Another Beginning 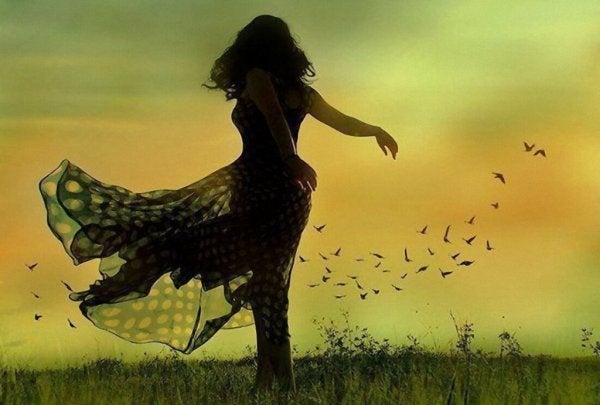 I’ve always liked open endings in cinema, television and literature. Endings that make us imagine how the story might continue. When we know the story hasn’t completely finished.

One more chapter has been written, that’s all, ending one phase to be able to begin another. Endings that remind us that one ending is just another beginning.

We will experience first-hand our love stories and breakups, our passes or fails in science or math, falls when we’re learning to walk or to ride a bike, the friends we make along the way and others that we lose…

And from others around us, we’ll learn through the stories they tell us of their own experiences. And of course we have the chance to learn from the characters in books and movies.

“We have to have many endings, so that we can have many beginnings”.

The end of a book

Once more, I close the cover and I go from the end back to the beginning, from the back page to the cover. To rediscover the title, to pay attention to the illustration on the front, to hold the book in my arms and spend a few minutes in silence… while my mind travels through its words, its pages and its story once again.

But I have to come back down to reality, whether I like it or not. The ending has come. It always tastes so bittersweet when you’ve been immersed in a story and its journey has silently mixed into your own.

It doesn’t matter whether these stories are told by movies, books or television series. Long or short stories, whether hours, days, months or even years. Whatever the case, they all reach their end, their feared but equally expected ending.

Sometimes it’s an open ending. It gives wings to your imagination to continue the story when no scenes or words remain. In other cases, it’s simply a sudden ending.

Like when scriptwriters of a television series go on strike. Or a writer wants to make more of a book but is never satisfied with it. Or even one of those endings that doesn’t feel like an ending. After a fantastic story, the person who was moving the strings knew just how to end it.

Say goodbye and then begin your new adventure

Sad or happy endings, endings that can’t even be defined, but endings at the end of the day. Endings that mark nothing more than new beginnings.

The time has come to wake up and say goodbye to the story that will live on in your memory. And then to embark on new adventures.

When a book is closed, a movie finishes, it’s time to find new stories and allow other characters to teach us how to dream and live. Like any end, an ending is just another beginning. An opportunity to open ourselves to new and unknown things.

Saying goodbye is never easy, but it is necessary.

One ending is just another beginning

Coming to the end of a story that ignites our passion is never easy. It’s not even easy when we’re talking about fictional stories, when the characters have touched our heart.

So it’s even more difficult when we must accept that life is cyclical, and there’s a time for everything. And that when something reaches its end, we have no choice but to accept that it won’t continue and to open ourselves to new opportunities.

Everything starts and ends, even life. Every living being is born and dies. And during life it passes through several stages of growth and evolution. As human beings, from the moment we’re conceived, we begin to grow.

And for us to be born, nine months later, the pregnancy must come to an end. Let’s look at the world like babies and keep growing. From children to teenagers, then onto adulthood, and, finally, old age will find us.

Each start of a new phase is linked to the ending of the previous one. One ending is just another beginning. Nothing more… and, equally, nothing less.

“Each time something leaves, it makes space for what follows”.

When to End the Relationship
Ending a relationship is a decision that you'll always remember. Whether it was the right decision or not, you'll never forget it. You can seek support and Read more »
Link copied!
Interesting Articles
Culture
7 Habits That Make You Less Attractive

Culture
Before You Start a New Relationship, Try These 5 Tips