Today, we're going to tell you about the most innovative method to treat emotional problems in children and adolescents: emotional well-being in education policy and practice. 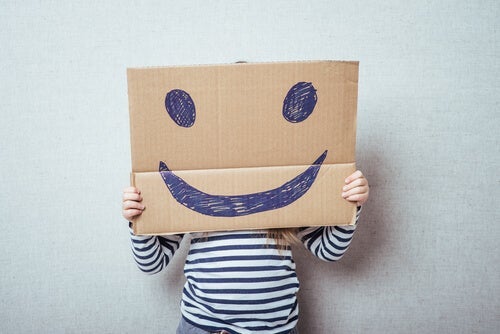 Emotional well-being in education policy and practice aims to teach children and adolescents to manage their emotions on a daily basis. Although you may not know it, more and more children are being diagnosed with all sorts of emotional disorders. Interestingly, approximately 15% of these cases have something to do with anxiety.

Thus, the frantic pace of life, academic demands, parental stress, and genetic vulnerability to emotional disorders are some of the factors that can make children develop a psychological disorder. From this perspective, there are many treatments aimed at providing a solution to them.

It was usual to have some kind of cognitive-behavioral treatment for a particular pathology. For example, when it came to childhood depression, psychology had the PEAC Méndez Program or Stark ACTION, among the most relevant.

Currently, there’s a lot more interest in addressing several psychological disorders in a transversal way. This is due to the fact that many of these share a common nucleus. Thus, in this regard and for the adult population, let’s mention Norton’s transdiagnostic cognitive-behavioral treatment or Barlow’s Unified Protocol.

In both programs, the goal is to find factors common to various emotional pathologies (anxiety, depression, somatotrophic disorders, etc.) so the patient can discuss them with their therapist, who’ll use the most effective and efficient techniques and strategies.

The good news is that this practice is currently extending to the field of child psychology and they’re testing programs such as emotional well-being in education policy and practice.

Characteristics of emotional well-being in education policy and practice

Jill Ehrenreich, a psychologist at the University of Miami and director of the Child and Adolescent Mood and Anxiety Treatment Program, successfully developed and tested an innovative well-being program to treat emotional problems in children: the Unified Protocol for Transdiagnostic Treatment of Emotional Disorders in Children and Adolescents.

Part of the starting point here is that the line separating the various disorders that afflict children is very thin. In fact, as with adults, anxiety and depression are often comorbid disorders.

Thus, according to a study published online in the Cognitive and Behavioral Practice journal, the severity of anxiety and depression significantly decreased among children who received this kind of therapy.

The main goal of this intervention is to identify the weaknesses of each patient, as well as to draw up a plan so these don’t pose an insurmountable obstacle in solving problems. Therefore, the novel treatment program is, above all, about cognitive techniques, but also includes effective behavioral strategies.

The researchers recruited 22 children between the ages of 7 and 12 to participate in the study. Each child had a primary diagnosis of anxiety disorder and a secondary depression problem.

Once a week, study participants attended the emotional well-being group therapy for a total of 15 weeks. The results indicate that 14 out of the 18 children who completed the program no longer met the criteria for anxiety disorder. In addition, only 1 of the 5 children who had a depressive disorder before the treatment continued to meet said criteria after the program.

One of the most surprising findings was the improvement of comorbid depression and anxiety. Commonly, depression slows down treatment or makes it difficult when it happens at the same time as any other psychological disorder. This is an openwork problem since most current therapies don’t treat several emotional problems at once.

The researchers’ hypothesis, based on the results of Peter Norton, stated that if they approached the main disorder from a broader perspective, including proper strategies for depression, the latter would also improve. The key, as Norton points out, is to find the root cause underlying all problems and get away from “artificial distinctions”.

The use of psychological therapy and drugs for treating psychological disorders is often the subject of much debate. The former has…

Therapies
Deep Sleep Therapy: What Is It? Why Isn't It Used Anymore?

Therapies
Humor as Therapy Against Stress

Humor is a natural therapy against stress. When you have a light heart, then the big problems don't seem as…