Being Logical and Consistent vs. Being an Example

Being logical and consistent and leading by example are concepts that are similar, yet different. In this article, discover the difference between them. 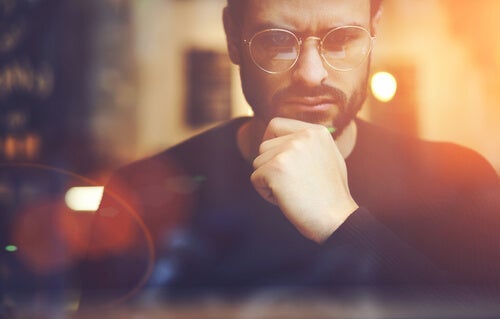 Being logical and consistent could be conceived as personality traits. They either refer to your position towards a particular issue or a bypass product of reasoning. In addition, straightening your vital thoughts and experiences is positive for your psychological health.

Nowadays, many people consider that public leaders lead by example. Social networks promote the materialization or externalization of values which are essentially invisible in a befuddled way.

However, you can disguise the materialization of morally rewarded behavior under a repertoire of values and also of other behaviors that may be unethical. For example, donating money to those who need it most can be an action. However, there’ll be some who question the donation on the grounds that the money was obtained unethically.

The importance of contextualizing

According to the Golden Rule, leading by example is “do unto others as you would have them do unto you”. In contrast, the word “consistency” has its etymological origin in Latin, consistentia, which means harmonious internal connection. It assigns the quality of an internal and global connection or a relationship of its different parts with one other.

Such definition highlights the internal nuance as per its conceptual essence. However, “leading by example” seems to give greater importance to the external component: one’s behavior, as if it were a necessary or sufficient condition.

Thus, a behavior or a repertoire of model behaviors doesn’t determine consistency. This is because the cognitive component is one of its essential conditions, such as the one referring to an assumption of ethical values​. You can value consistency through the relationship between your own experiences and history with your thoughts and decisions.

“The whole is greater than the sum of its parts.”

The truth is logical and consistent

We forget the difference in the nuances of the concept of consistency in everyday language and we use both meanings interchangeably. This also happens in the philosophic studies of consistency theory. According to them, this theory isn’t a historically a monolithic doctrine but that it has significantly different forms instead.

The Vienna Circle studied the theory of truth as coherence and it proved to be a conventionalist approach. This theory received criticism for its circular thinking, calling into question what it really means to be consistent.

German philosopher Schlick enlightened the criticism of this theory when Otto Neurath and Carnap took possession of logical neo-positivism. He warned that it was a circular approach and insisted on the presence of ethics in the truth.

Consistency from the psychology of thought processes

You can learn some valid forms of reasoning, as well as the most frequent fallacies of thought, from the psychology of thought processes. If you use inductive reasoning, one of these fallacies is believing that the truth of the premises guarantees the truth of the conclusion. In contrast, a fallacy also occurs when you draw a conclusion without knowing the premises or maybe even when you do know them.

You can observe these biases in recent social phenomena such as post-truth and populism. The latter is an example of categorical syllogistic reasoning. The conclusion is drawn in it from an inadequacy of the major premise with the minor, leading to a fallacious thought.

You can regard post-truth as a type of formal and non-conditional fallacy. This is referred to as affirming the consequent, a type of fallacy that occurs when you take a true conditional statement and invalidly infer the opposite.

Remember Einstein’s contribution when he referred to the existence of hidden variables (before you make a judgment, assessment, or measure). According to him, the results of the measures should be predictable. If you can’t predict them, it’s only because there’s information that you don’t know. This is one of the hidden-variable theories.

Being logical and consistent and health

Aaron Antonovsky, a well-known sociologist, proposed the concept of sense of coherence (SOC) as a salutogenic variable in 1987. The variable mediated health in stressful situations. This construct was studied as a measure of resilience capacity and it’s related to self-esteem and better resistance to stress.

The positive value of consistency was studied in a constructivist type of therapy. They labeled it coherence therapy. It interestingly integrates that which is effective in the clinical practice of psychology, confirmed by neuroscience.

Coherent therapy obtains effective results by managing to intervene in the blocked emotional experience. It integrates it into a person’s memory to give it a conscious meaning. In other words, it tries to restore the personal and global coherence back to an individual.

This global character, which comprises the truth of an individual’s experience, is the main characteristic of coherence or consistency. The truth serves as a guide to move on a path. It’s sometimes dark and sometimes not. Each person has different experiences and is aware of reality to some extent. Thus, rather than trying to follow a particular example, you should follow your own cornerstone: consistency.

The value of being logical and consistent, of being an invisible value, seems to be less noticeable in recent times. Either that or it’s just not as valued as rode model behavior, which is a lot more noticeable. However, you may be more consistent by being inconspicuous than those who loudly preach or lead by example. Knowing there are more realities than you can deduce through a simple external connection will allow you to approach the truth. It will also allow you to develop greater mental openness and to understand the ethical sense of consistency.

Leading by Example: The Best Gift You Can Give Your Children
Children are innocent beings who rarely question what their parents say or do. For them, whatever their role model does is the example they should follow. Read more »
Link copied!
Interesting Articles
Theories
Leadership Theories: Why Are Some Leaders More Successful?