Emotional Expressions and Their Benefits 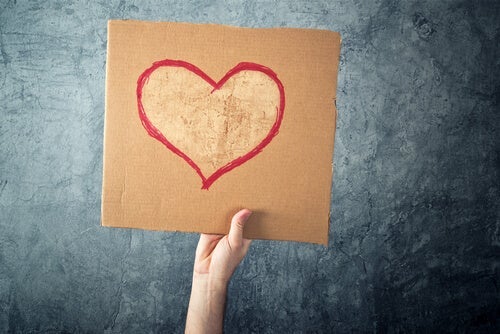 At the clinical level, researchers found that proper emotional expressions are freeing. Also, that they bring people closer to a greater feeling of overall well-being, even if it’s subjective. Thus, you should allow yourself to talk. Don’t keep anything to yourself. Dance and write, even if you don’t share what you feel; even if it’s only to get it out of your mind.

Emotional intelligence, as Goleman points out, is the ability to recognize one’s own feelings and the feelings of others. All with the purpose of managing emotions well and to have more productive relationships with those around you.

People who possess this skill know how to recognize their emotions. Also, they know why they’re feeling them. In fact, they recognize how their feelings affect their performance and are able to associate them with their values ​​and goals.

“Emotional Intelligence is a way of recognizing, understanding, and choosing how we think, feel, and act. It shapes our interactions with others and our understanding of ourselves. Also, it defines how and what we learn; it allows us to set priorities; and it determines the majority of our daily actions. Research suggests it’s responsible for as much as 80% of the “success” in our lives.”

In general terms, emotional intelligence refers to the ability to perceive, understand, reason, and manage one’s own and other people’s emotions (Goleman 1998; Mayer et al. 2000). In addition, it involves the ability to be aware of emotions and how these affect and interact with so-called traditional types of intelligence.

Specifically, this article will focus on the section on emotional intelligence that corresponds to expression. This consists of the ability to regulate and manage emotional information. Thus, emotional expression and emotional awareness are skills that help you:

Society doesn’t educate people to be emotionally intelligent. In fact, some authors argue the importance of considering that, at present, this society is highly concerned with aggressiveness, social conflict in general, and school violence, in particular.

Thus, when faced with this generalized situation, it may be worth asking if humans urgently need to generate an adequate educational framework. One that gives rise to a society that makes a lower incidence of “emotional kidnapping” possible.

For this, a greater understanding of your emotions and those of others is necessary, along with greater control of personal and social situations. Some that don’t only have “personal balance” goals, as proposed by the current educational system. But also “social balance” goals (Gutiérrez & García Cué, 2015).

As you can see, communication and emotional expressions are a necessity for societies in crisis. Thus, the human brain changes to autopilot and has a tendency to do more of the same whenever stress arises, only in a more complicated way, when a person lacks emotional intelligence. Therefore, this is the exact wrong approach in today’s world.

Finally, according to Peter Salovey, one of the leading pioneers in emotional intelligence and health promotion research, there’ll be research within a decade that demonstrates emotional expressions. In addition, it’ll prove that competencies have a lot to do with a person’s performance in various areas.

Validating Emotions: What Does it Mean?
Validating emotions is often the starting point when you set out to help someone, in fact, it's one of the main ingredients for this help to be effective. Read more »

Calm minds are not only focused but disciplined. Without a doubt, the age we're living in is always pushing us to multitask and get things done immediately. That's why, currently,…

Rage and depression are two realities that usually go hand in hand. Stereotypes tell us that a person who's depressed…

Emotions
The Body Language of a Guilty Person

The body language of a guilty person isn't easy to detect for several reasons. The first one is that guilt…