Emotional distance always hurts. Read all about it in this article! 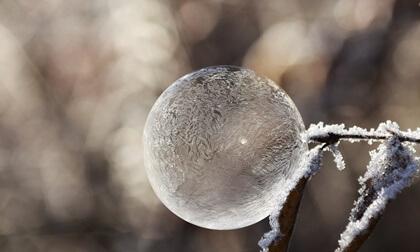 When relationships start to fizzle out, sometimes people tend to behave badly. When faced with emotional distance, some people walk out with no explanation. Others come up with excuses or refuse to acknowledge the signs that the relationship is coming to an end.

Relationships, like bones, sometimes break. However, most breakups don’t happen overnight. Usually, the distance between two people subtly but steadily grows until they both finally decide to end the relationship. The first signs tend to be that you don’t feel a sense of complicity anymore, you don’t laugh together, and you avoid looking at each other in the eye.

Emotional distance always hurts. It’s even more painful if one person continues to believe in the relationship. That doesn’t mean the person on the receiving end doesn’t suffer as well. That person tends to feel guilty or remorseful. Whatever the case may be, one thing is clear: we aren’t very good at ending relationships.

If you can manage to end things on a good note, it’ll make it that much easier to move on to a new stage. If things end badly, the opposite tends to be true, especially if you have to deal with ghosting (when someone disappears from your life abruptly and without any explanation). Nevertheless, we all have the tools we need to deal with these kinds of experiences.

“I’m so isolated I can feel the distance between me and my suit.”

Figuring out what happened

Relationships fizzle out due to things such as disappointment, lack of interest, changing needs, or different worldviews, among others. When the flame goes out, you go into a sort of limbo. You aren’t sure what to do next, what happened, or who is to blame.

Charlene Belu and Brenda H. Lee from the University of Cambridge did a study on this topic. They found that few things tend to be as complicated for human beings as leaving relationships. Their research showed that people often need to know exactly why things went south in order to be able to move on with their lives.

If there isn’t a clear reason for the breakup, people tend to try to get back together. That makes the whole process more difficult. It complicates the process of starting a new stage with dignity and integrity. The study also showed that people tend to behave badly when they start to realize their relationship is ending.

The wrong ways to end a relationship

Just as we mentioned at the beginning, the worst possible way to break up with someone is to disappear without leaving a trace. These days, ghosting is a common practice in romantic relationships and platonic ones.

When relationships grow cold, that doesn’t always mean that the end is inevitable. It’s important to keep in mind that although emotional distance can lead you off the path for a while, it doesn’t necessarily mean your relationship will end. If you have the right tools to deal with the issue at hand, you can bring the warmth and spark back into the relationship.

Psychologists treat anxiety disorders and depression every day. These conditions directly affect the quality of peoples’ relationships. When someone is going through a period of serious stress or depression, they don’t tend to have the energy or motivation to enjoy other people’s company.

If you feel like your relationship is fizzling out or you feel emotionally disconnected from your partner, you can do something about it. Every relationship goes through different stages and needs attention. You have to feed it and water it if you want it to grow. Conflict and problems allow relationships to evolve and grow stronger.

You need to be an emotionally competent person, whether you want to revive a relationship or end it. Unfortunately, that isn’t something people are taught in school. It’s something you have to practice daily. Train your emotional competence by being sensitive, respectful, and treating others with dignity.

After all, every relationship, whether romantic or platonic, deserves to be respected. Knowing how to let it go with integrity and respect also speaks volumes of our humanity.

The Five Most Common Relationship Conflicts Couples Have
Relationships have changed drastically in these last few decades. Read this article to know more about the most common relationship conflicts couples have. Read more »
Link copied!
Interesting Articles
Personal Development
Learn to Come First, You're Your Priority

Wellness
35 Tips to Live Without Regrets

Immature people are characterized by carrying with them certain childhood desires and fantasies. This is why a lack of emotional…