Do You Know What Ellis's Rational Emotive Behavior Therapy Is? 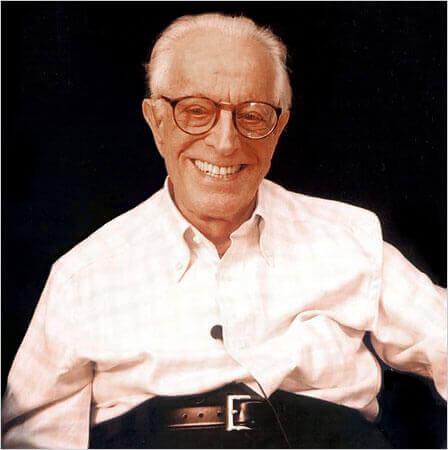 In 1955, Albert Ellis created rational emotive behavior therapy. He was the founder and president emeritus of the Albert Ellis Institute, in New York City. He went on to be seen as one of the most influential psychotherapists of all time, even above Sigmund Freud.

In 1953, Ellis saw psychoanalysis as ineffective and not very philosophical. He also almost completely rejected behavioral therapy. So between 1953 and 1955 he started to fill his therapeutic toolbox with philosophy and live desensitization. That’s how he ended up a true rational emotive behavior therapist.

At first rational emotive behavior therapy was very simple. That might be why it didn’t catch on until later. It’s a method of brief therapy to help people change inside, especially on an emotional level.

Rational emotive behavior therapy has already shown in some experiments that people can often (not always) significantly improve in a relatively short amount of time (between 10 and 20 sessions).

“There are three musts that hold us back: I must do well. You must treat me well. And the world must be easy.”
-A. Ellis-

We all live in a specific envirnment, both a physical and social one. We also spend our days chasing after goals or acting with purposes, such as:

But when you go after these things, you might run into a roadblock that holds you back and makes you feel stuck or like you’ve failed. Ellis gives these kinds of things the letter A.

When these things happen, you can turn the consequences into something healthy and useful. But you can also make them destructive or unhealthy. These consequences get the letter C.

So what’s up with the letter B? The letter B is there to give a name to people’s beliefs or thoughts. Ellis sees there being two kinds of beliefs: rational and irrational ones.

Rational beliefs (RB) help you confront unpleasant things (A). These are usually preferences, hopes, or desires. For example, “I hope this one awful thing doesn’t happen, but if it does then I can handle it and still be able to be happy.” Or it might be: “It’d be nice if Jon liked me, but if he doesn’t, I can still have a good life.”

“We teach people that they upset themselves. We can’t change the past, so we can change how people are thinking, feeling, and behaving today.”

Irrational beliefs (IB) contribute to feelings and actions that will sabotage your ability to confront any particular, unpleasant A. They’re usually rigid statements like these: “I should have, I would have, I have to, etc.

The three most basic rigid statements that create psychological problems are these:

The 3 main assumptions (though there are more) or insights, as Ellis called them, put forth by rational emotive behavior therapy around the beginning of the 60’s are these:

“The emotionally mature individual should completely accept the fact that we live in a world of probability and chance, where there are not, nor probably ever will be, any absolute certainties, and should realize that it is not at all horrible, indeed, such a probabilistic, uncertain world. ”
-A. Ellis-

7 Teachings from Albert Ellis
The day that I learned about the life and work of Albert Ellis, I simply fell in love. Read more »
Link copied!
Interesting Articles
Psychology
The 6 Stages of Romantic Relationships

Romantic relationships grow, evolve and change, according to very distinct and defined stages. This explains why we do not feel the same…

Psychology
6 Tips To Help You Get Out Of Your Routine

Have you ever complained that you just can't get out of your routine? The endless hours of work, stress, little free…

Educational Psychology
The Pros and Cons of Permissive Parenting

Psychology
Is it Better to Read Silently or Out Loud When Studying?

What is the most effective way to study? Some people study by reading in silence, while others read out loud.…

Psychology
How Long Does it Take to Form a Habit?

How can you form a new habit? How long does it take to form a habit naturally? Can any behavior…