Aaron Beck and His New Unified Model of Depression 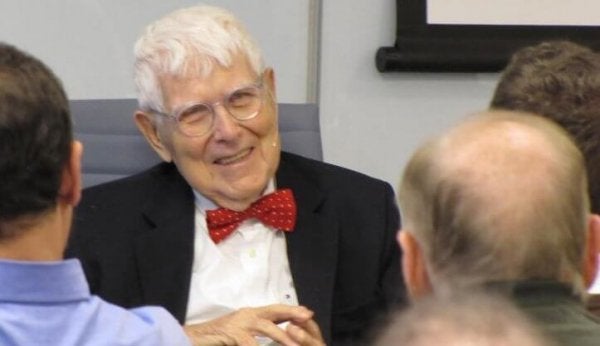 In this new unified model of depression, Beck and his colleague Keith Bredemeier, both professors at the University of Pennsylvania, have tried to integrate the discoveries in all of these disciplines, i.e. the clinical, cognitive, biological, and evolutionary, to provide, through their model, a more global and coherent explanation of depression.

With all of this, they have established a new model that pays attention to the symptoms and the natural course of depression, but above all else, it highlights the natural predisposition of people to recover. In this article, I will try to explain what this new unified model of depression entails and what implications it has.

“All of the findings related to depression can be joined together to provide a comprehensive model of the disorder that explains its puzzling features.”

What does the Unified Model of Depression entail?

This Unified Model of Depression is based on the premise that depression represents an adaptation to the perception of a loss of the essential human resources that provide access to the basic needs of an individual’s life.

All of this means that the loss – not necessarily the death – of a member of one’s family, a partner, or a friend increases the risk of depression, especially in people who have other risk factors for the development of this disorder. So this loss, for those people, is more likely to be seen as a devastating and insurmountable loss.

After this loss, the increased physiological reactivity and the cognitive biases lead these individuals, who are generally at risk for depression, to activate their negative beliefs about themselves, the world, and the future, which is classically known as the “negative cognitive triad.”

These beliefs unleash emotions such as sadness, anhedonia, and guilt. All of these are characteristics of depression, as well as the physiological and behavioral responses that include withdrawal and inactivity.

This inactivity unleashed by the loss makes sense: it is the result of the individual trying to conserve energy in the face of the perception of that loss of resources which they are suffering. In other words, inactivity has a protective purpose, playing the role of saving energy, fearing the possibility that other needs could be threatened.

With time, the “depression process,” which consists of saving energy, reinforces these negative beliefs. As the subject  isolates himself or herself, he or she loses daily reinforcements.

It is important to point out that this process can be stopped when these people reestablish their vital resources, whether this is thanks to new information that comes up and “corrects” their negative biases or because the situation itself changes. External factors like the support of friends and family members, the guidance of a psychotherapist, and biological treatment (antidepressants for instance) can help nip the cycle of depression in the bud.

Even so, at the end of their article, Beck and Bredemeier say that they hope “that this model will motivate further development of new (and more integrative) approaches for treating or preventing depression,” which means that they could expand on their Unified Model in future publications with new findings.

How is the Unified Model different from the Cognitive Theory of Depression?

If you are not familiar with the Aaron Beck’s Cognitive Theory of Depression, there are at least two clear aspects that set the two apart.

The first of these is the so-called “depression process,” which goes back to the evolutionary goal of inactivity and isolation specific to depressive subjects as a form of energy conservation. This “conservative policy” is the consequence of feeling drowned in a world of emotional losses, thus adapting to the new situation.

This advance offers a new explanation for the great success of cognitive-behavioral treatments, particularly those that are based on behavioral activation as an essential part of therapy. These treatments help stop this process of inactivity caused by depression.

The second advance presented by this theory has to do with the inclusion of biological elements as participants in depression. We are talking about the physiological responses caused by the experience of loss in these people, thereby explaining the function of antidepressant medication as an effective treatment for depression.

Psychology
Why Sleeping Beauty Shouldn't Wait For Her Prince

Once upon a time there was a Sleeping Beauty whose was fast asleep in her relationship. To awaken from her…

Surely you're not surprised that feelings influence decision-making. How many times have you regretted making a decision in a particular emotional state?…