Eduardo Galeano: The Biography of a Libertarian

Eduardo Galeano's work is imbued with a particular magic. Galeano is an historian, but he also has a gift for journalism and poetry. He believes that writers have the right to think and feel at the same time, and rejects any notion of objectivity. 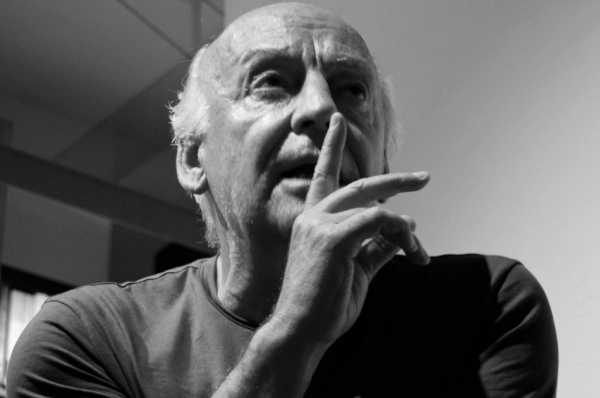 The name Eduardo Galeano is synonymous with good literature, social commitment, and ethics. His book Open Veins of Latin America is a true classic that has been translated into more than 20 languages.

It’s impossible to pigeonhole Galeano into any one genre. His writing often combines reality with fiction, feeling with thought. In fact, people credit Galeano with the invention of the term “feel-thinking language”, which he uses to refer to this particular combination of objectivity and subjectivity.

One of the most interesting things about Galeano was that he was a self-taught academic. He never had a formal professional title, although he did earn several honorary doctorates. Perhaps that’s why his work is so impactful because his everyday perceptions inspired his writing.

A Writer in Montevideo

Eduardo Galeano was born in Montevideo, Uruguay, on September 3rd, 1940. His given name was Eduardo Germán María Hughes Galeano, but he kept only his mother’s last name. His family was well-off and deeply Catholic.

During his childhood, Galeano dreamed of being either a saint or a soccer player, whichever came first. However, when he was 14 years old, he took a cartoon that he had drawn to the weekly newspaper El Sol. They liked it so much that they bought it on the spot and Galeano became a socialist cartoonist.

When he was 19 years old, he had an existential crisis and tried to commit suicide. He never explained exactly why he did it, but we do know that after he came out of the coma, his life changed drastically. That’s when he started going by Eduardo Galeano and began to write in the weekly magazine Marcha.

In 1973, there was a military coup in Uruguay and a terrible dictatorship took power. Galeano was arrested and briefly imprisoned before he escaped to Argentina. At the tender age of 32, he wrote his popular work Open Veins of Latin America. He wanted to write a political economy book, but instead wrote a passionate story that has become an icon of Latin American literature.

By that time, Galeano had married twice and had three children. In Argentina, he co-founded the weekly magazine Crisis. Unfortunately, a dictatorship took over Argentina in 1976 and Galeano had to flee again. Right before he left, he met Helena Villagra at a barbeque, who became his companion for the next forty years.

The dictatorships in Uruguay, Argentina, and Chile all banned Galeano’s books. Shortly after that, he fled to Spain and wrote his famous Memory of Fire trilogy. He was inspired by a Greek poem and wrote the books in pieces. The story goes that he scribbled some chapters of his books on paper napkins.

Galeano was finally able to return to Uruguay in 1985 when the dictatorship fell. Faithful to his tradition, he founded a new weekly magazine called Brecha with Mario Benedetti and other intellectuals. He also became a regular at the El Brasileiro coffee shop, one of the many poetry cafés in Montevideo. He always sat in the same spot by the window. El Brasileiro still exists today, and one of their menu items is “Cafe Galeano” in honor of the writer.

Galeano got involved once again in leftist political and intellectual groups. In 2004, he participated in the first leftist political win in Uruguay with the election of Tabaré Vázquez as president. Later, he celebrated Pepe Mujica’s rise to power. He was part of the advisory committee for the TV channel Telesur from Venezuela and wrote weekly columns for the Mexican newspaper La Jornada.

In 2007, doctors diagnosed Galeano with lung cancer, which made him appear less in public. Galeano never trusted new technology and wrote by hand until his death. He rejected extreme rationality and authoritarianism. Eduardo Galeano died on April 13th, 2015, at the age of 74.

Jean-Paul Sartre: Biography of an Existentialist Philosopher
Jean-Paul Sartre was an existentialist philosopher who wrote some of the best works of literature in history. Read on to learn more about his work and life! Read more »
Link copied!
Interesting Articles
Culture
7 Helpful Conversation Topics for Any Situation

Conversation is our main way of getting to know other people and for them to get to know us. Many…

Culture
Curing the Soul Through Art

Culture
The Legend of the Toh Bird: A Lesson in Humility