Estanislao Zuleta is a self-taught psychoanalyst who isn't well-known outside of his native country. Read more about this culturally relevant figure here! 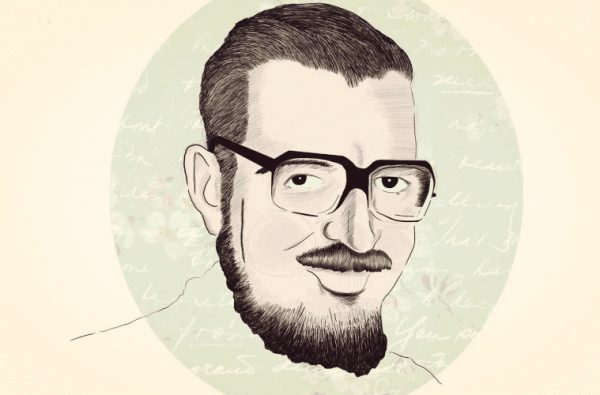 Estanislao Zuleta is not very well-known outside of Colombia, despite the fact that this philosopher was a United Nations advisor and really impacted his country’s culture. Nevertheless, his work is being read by new generations.

One of the most fascinating aspects of Estanislao Zuleta’s career is that he was self-taught. He rejected formal education. He also preferred to convey knowledge through the spoken word. Most of his work is comprised of transcribed lectures.

Estanislao Zuleta was concerned about politics, education, and power structures in Latin America. His primary focus was ethics. Zuleta followed the theories of Freud and Lacan, but he also had his own theories. This in itself is a defining characteristic of psychoanalysis – they say there are as many types of psychoanalysis as there are psychoanalysts.

The beginnings of Estanislao Zuleta

Zuleta was born in Medellín, Colombia in 1935. Zuleta’s father died in an airplane accident when he was only five months old. That accident was really newsworthy as Carlos Gardel, who was an icon in the tango world, was also on that plane.

At a young age, Estanislao Zuleta decided to drop out of school. He believed that school restricted potential instead of helping students develop skills. From that point on, he started a self-learning journey that never ended. The ideas of ancient Greek philosophers, Nietzsche, Marx, and Freud fascinated him.

Ultimately, his greatest mentor was Fernando González, who many people called the “philosopher from somewhere-else-land.” González was a Colombian thinker who was famous for his sharp reflections on society and due to the scandalous way he lived. He was also recognized for promoting free thought and free expression. Estanislao Zuleta was his most-renowned student.

Despite not having a lot of formal academic instruction, Estanislao Zuleta was a university professor for most of his life. In 1980, the University of Valle granted him an Honoris Causa for his research in psychology. When he received it, he gave his most famous speech, Praise to Difficulty.

However, he had a lot of personal problems. People knew him for his excessive alcohol consumption.

He also considered reading to be a top priority when it came to education, politics, and thought. In fact, one of his most famous and beloved works is On Reading. In this work, he stays that it’s really important to understand what one is reading.

Estanislao Zuleta frequented bars and cafés. He never rejected anyone who wanted to sit and talk with him. Another one of his essays is an apology for conversation, and he was one of the foremost representatives of that art. He proposed that the only ethical thing to do when exchanging ideas with someone with different opinions was to seek arguments that support what the other person was saying instead of refuting it. If you can’t find those arguments, then you can feel free to keep on thinking as you have been.

He believed that psychoanalysis could change the world. With that assumption, he made various psychoanalytical observations of society. One of his most important works is Idealization of Individual and Collective Life, where he argues that trying to build “social paradises” only leads to authoritarian societies.

One of his great friends, Jorge Vallejo, wrote a biography on Zuleta some years after he died. It’s called La rebelión de un burgués.

Today, there’s a center devoted exclusively to studying his work. Zuleta is a thinker that’s worth getting to know and analyze despite the fact that he’s not very famous.

Wilhelm Stekel and His Views on Psychoanalysis
Today, we're going to tell you about Wilhelm Stekel, a mostly unknown figure in the early history of psychoanalysis. Learn more about him in this article! Read more »
Link copied!
Interesting Articles
Psychology
Education Is the Foundation of a Good Life

Psychology
A Victim's Power of Resilience

Psychology
Generous People Also Have the Right to Say "Enough"

Generous people don't close for the holidays or have office hours. Nobody rewards them for what they do, and they don't…